Another week gone, I hope it’s been a good one for you. Here’s this week’s Sunday Sevens… 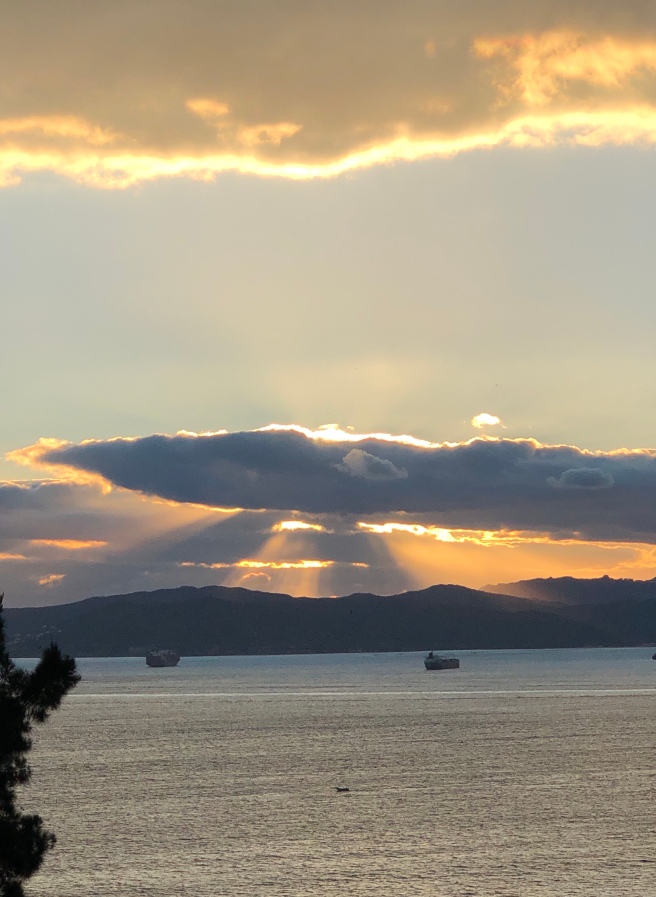 Sunday was a quiet day, a bit of pottering, homework with the Little Postcards and a nice sunset to end with. 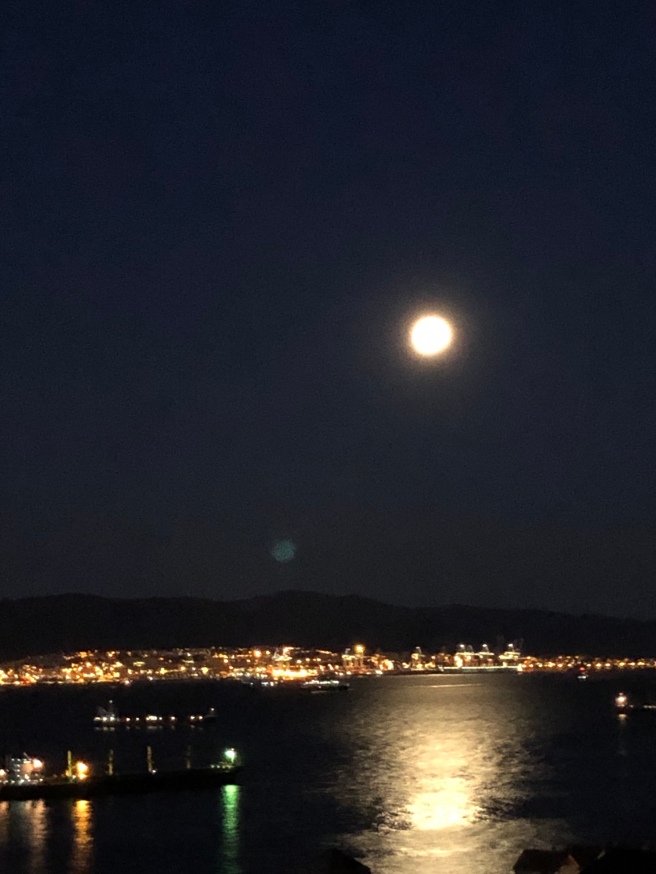 Early on Monday morning (6:12am) there was a total lunar eclipse. I was asleep when that happened. Eldest got up early to see it but not early enough – it was supposed to be a red/brown colour which gives it the name ‘blood moon’. The very large normal coloured moon was still in evidence when I left the house for the first time on Monday morning. That was spectacular enough for me. Sadly this photo doesn’t do it justice, it was beautiful to see.

After a rather long hiatus for Christmas and New Year, sewing classes started up again this week. It’s so nice to be back and to catch up on everyone’s news. Oh, and work on my jacket sleeves began… 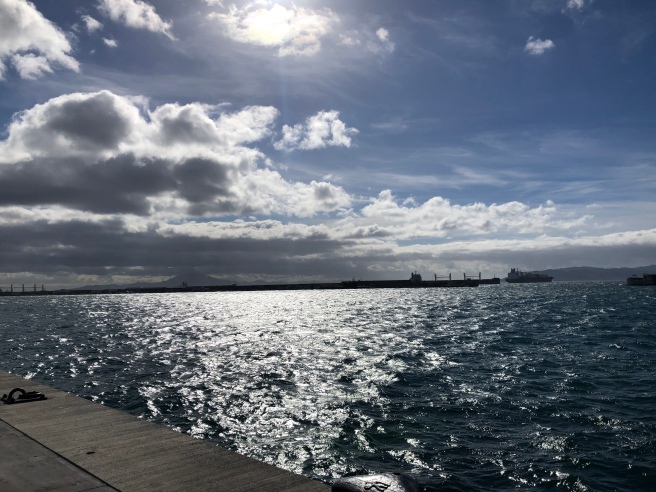 We have been exceptionally fortunate with our weather lately. We often have a lot of rain at this time of the year, but thankfully we haven’t seen much at all so far. I can’t help feeling it won’t be long before the wellies are back out again. It was a bit gusty though midweek. It doesn’t look too bad in this photo, but the sea was a bit choppy – not a day for going out in a little boat.

My watercolour of Sacred Heart Church ceiling is coming on apace in my art class. I’m enjoying slapping a bit of colour on it now!

The lovely weather continued on Friday (above) and Saturday (below) it doesn’t feel like January at all … until you get a cold gust of wind or stand in the shade for too long – then you know it’s not summer! 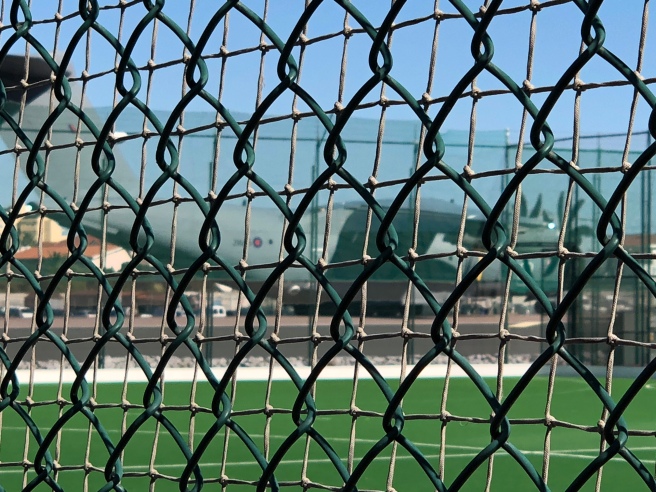 I’m not sure whether you can make out the huge grey plane through all the netting, but we were rather taken by surprise at Littlest’s football match yesterday. All of a sudden this rather large RAF plane appeared behind us coming in to land on the runway – it was silent until we heard a sudden roar! ‘Only in Gibraltar’ as they say round here…

So that’s Sunday Sevens for another week, I hope the next seven days are kind to you.

As always I’m linking with Natalie from Threads and Bobbins for this weekly blog series.