Well, last week I promised a Sunday Sevens full of sport. We have had a truly wonderful week here in Gibraltar with the NatWest International Island Games. 21 visiting teams from islands as diverse as St Helena and the Isle of Man, Menorca and Greenland competing in 14 sports.

I have had such a busy week and it’s getting late on this Sunday evening, so I shall just let the pictures speak for themselves this week. Here’s what we’ve been watching…. 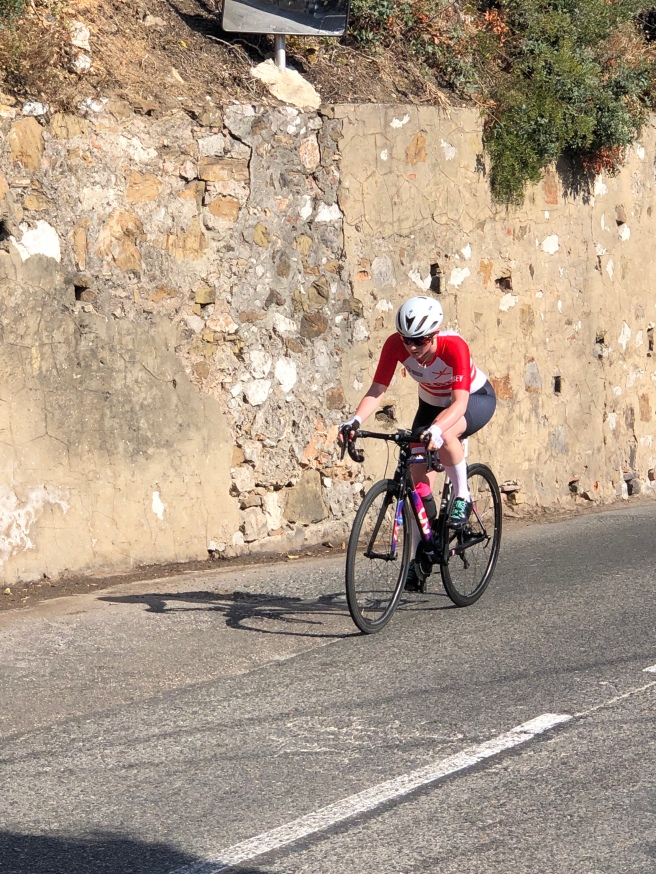 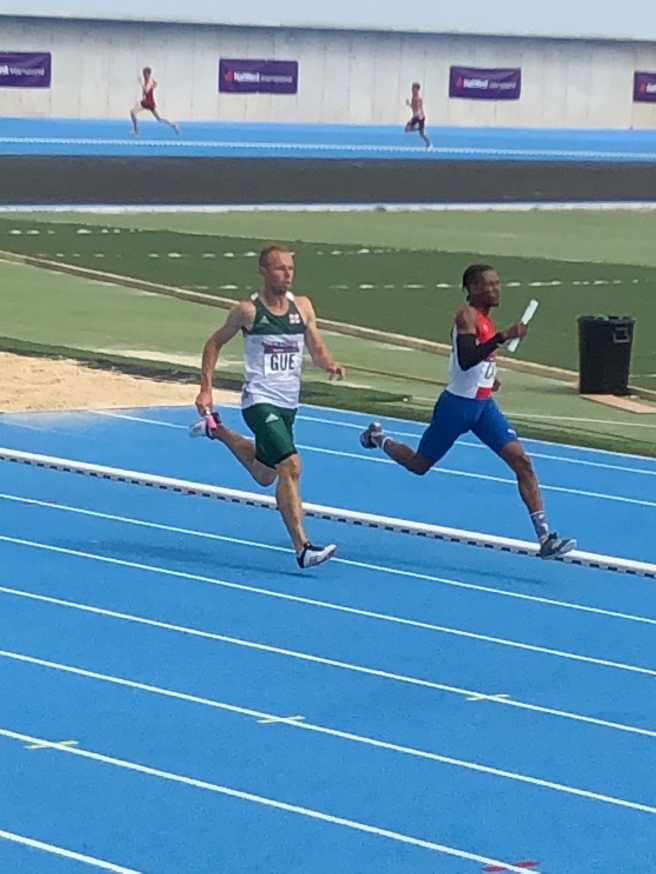 …phew, what an amazing week it’s been.

Well done to all the athletes, support teams, organisers and the 700 volunteers from our community here in Gibraltar for helping make this a truly fantastic event. I’m just sorry it’s ended so soon! What will we do next week?

I hope this week has been a good one for you, normal Sunday Sevens service will be resumed next week!

Sunday Sevens was first created by Natalie from Threads and Bobbins.

First week of the school summer holidays over already! Just another 8 to go… 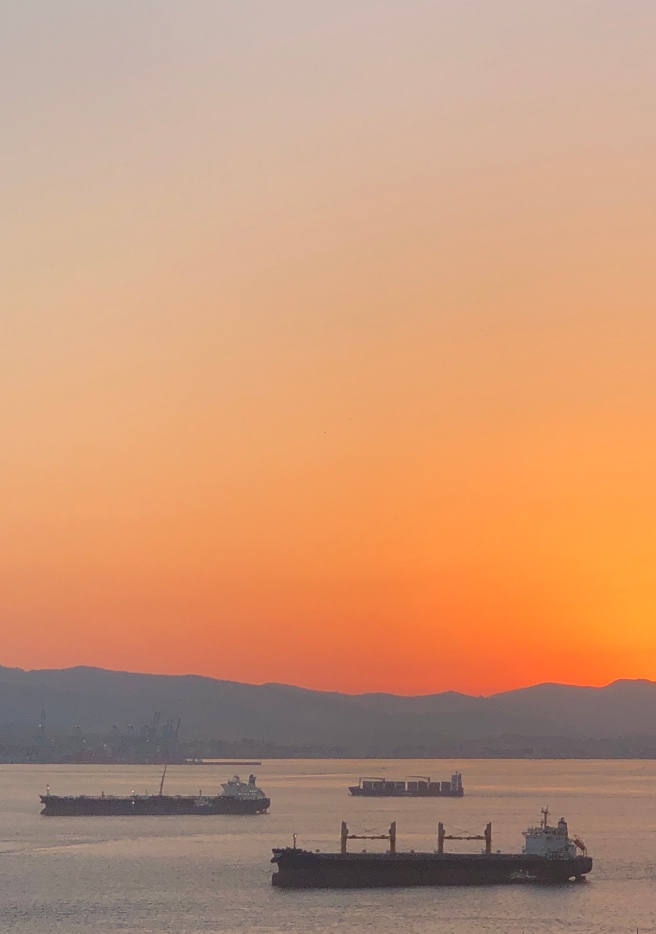 The calm before the busy week ahead…. a Saharan dust sunset last Sunday evening.

On Monday we went to the beach – better start the holiday as we mean to go on… it was lovely! While we were there we were watching HMS Echo mapping the sea bed off the East coast of the Rock.

Gibraltar has a new /old pool. The former MOD Nuffield Pool was handed back to the Gibraltar Government a while back and was left empty and unused (which is a terrible waste). Anyway, a couple of weeks ago it was opened to the public for the first time (previously you had to have MOD connections to get in). It is utterly marvelous and I can see us making use of it a lot this summer – we went twice this week!

Gib in the news

On Thursday morning Gibraltar hit the news, a tanker containing Iranian oil and suspected of heading to Syria (in breach of EU sanctions) was seized by the Gibraltar Government with the help of the Royal Marines. We took a drive around to the Rock to see it, we spied it just off the South West coast beyond the lighthouse. 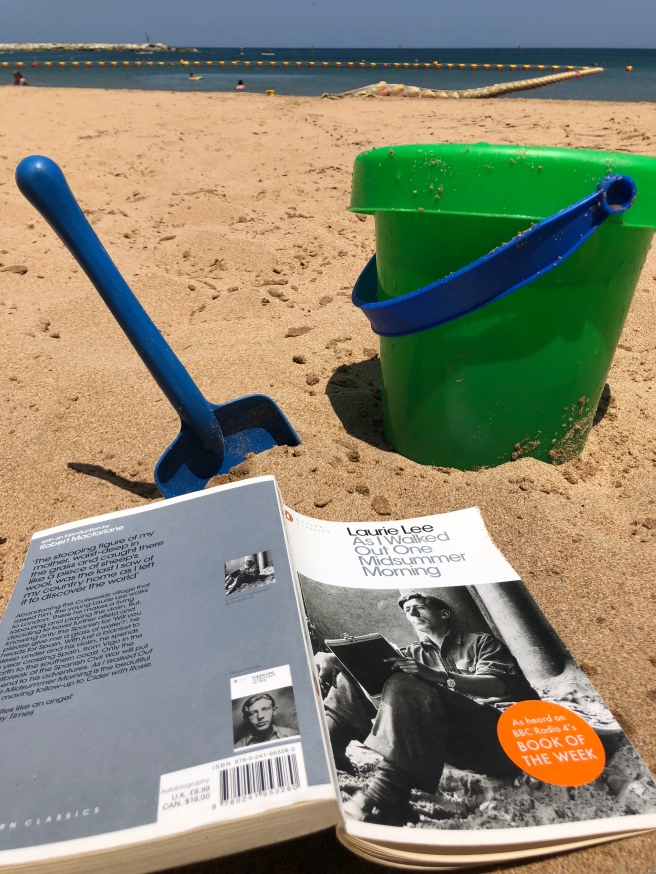 I’ve got this beach thing sorted I think! It takes me a few attempts to get into my stride with what to take etc. Now the Little Postcards are a bit older I can actually take the risk of looking at a book without fear of them getting into too much bother – this is a very nice development! Next week I think my crochet will have to come too…

Calentita came to town on Friday night. The annual food festival takes over the main Casemates Square and Market Place (below) with food stalls, tables, musical acts and cookery demonstrations. We always get there early for a quick feed with the Little Postcards before it gets too busy later on. 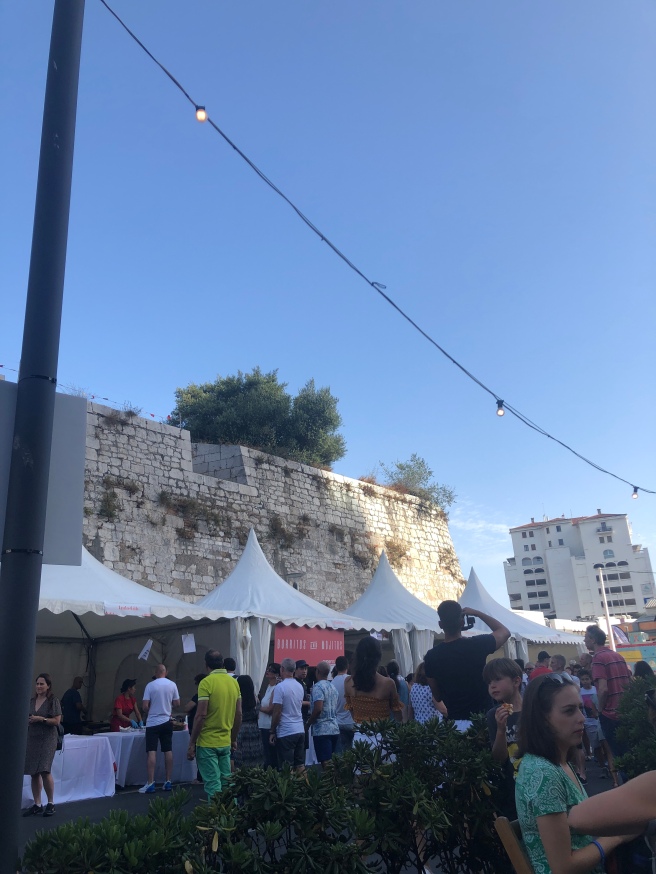 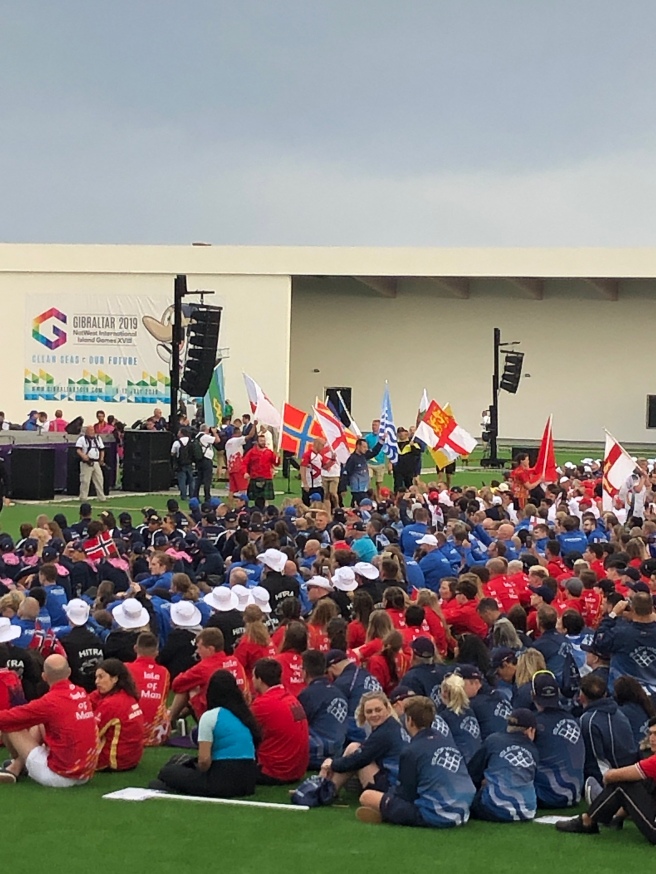 Last night, the NatWest International Island Games kicked off in Gibraltar at the new (not quite finished yet) Europa Point Sports Complex. Teams from 21 visiting islands from St Helena to Greenland, the Isle of Man to Sark arrived. Gibraltar will host them in a number of sports for the next week. Be prepared for a rather sports inspired Sunday Sevens next week!

And that brings this week’s rather busy Sunday Sevens to a close. I hope it’s been a good one for you. Until next time, bye for now!

Sunday Sevens – which features 7 photos from the last 7 days was first created by Natalie from Threads and Bobbins.

Day 17 of #amigurumay2021 by @airali_gray and the theme is ‘hands at work’. This is me crocheting Flora the gardener’s arm on!! Flora is my amigurumi alter ego who is making friends with the flowers in her new garden. 🌻🌺🌸🌷 You can find a pattern for her over on my blog link above ⬆️.