Well for the last 186 Sunday Sevens I’ve always managed to publish them on a Sunday, but things rather got in the way of blogging last weekend, so here, for the first time on a Tuesday, is Sunday/Tuesday Sevens; seven photos from the previous week! 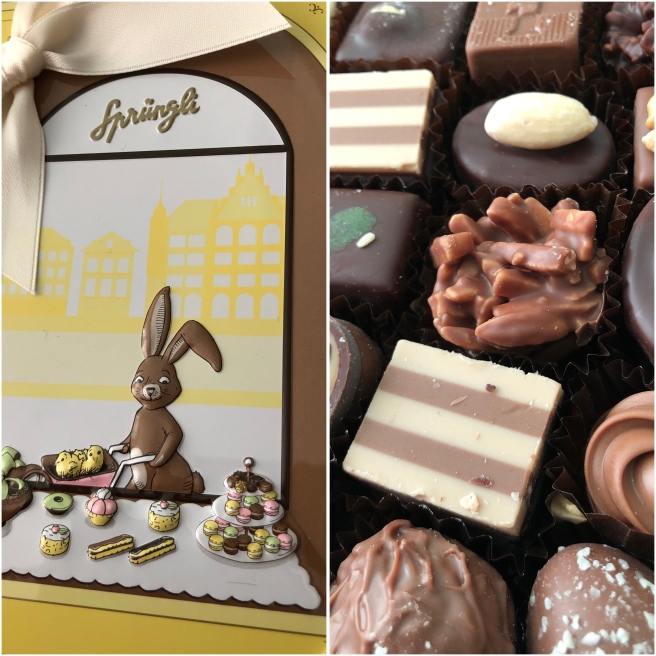 Just before Easter I was given this beautiful box of very posh chocolates. I’m amazed I lasted this long before opening them… I fancied something sweet late on Sunday, and my word, they did the job… I only had a couple though. They need to be savoured!

Coffee by the Rock 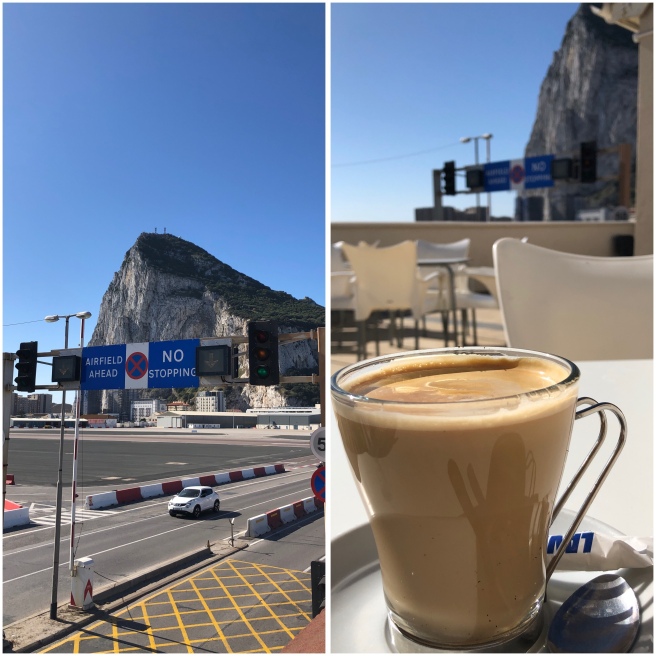 First thing on Monday, I had to pop to Eroski (one of our supermarkets in Gibraltar). It was such a lovely morning I treated myself to a cafe con leche on the terrace before I started. It’s the perfect spot to see the planes coming and going, right next to the runway! 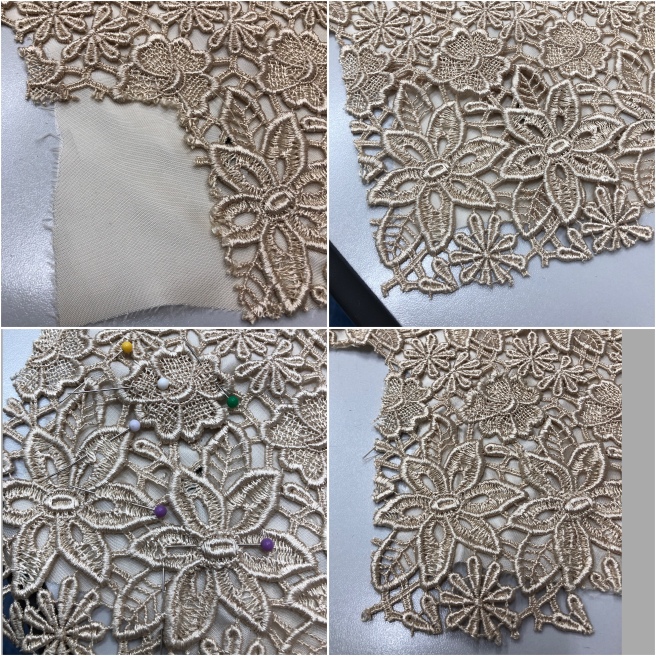 So at my Dressmaking class I bought an off-cut of lace from my teacher to make my current project. The only issue being that it wasn’t a regular shape. She helped me place the pattern to make the most economical use of the fabric but there was a bit missing under the arm hole. So it was time to do a bit of a patch… and I’m really pleased with how it turned out. You would never know it was there! 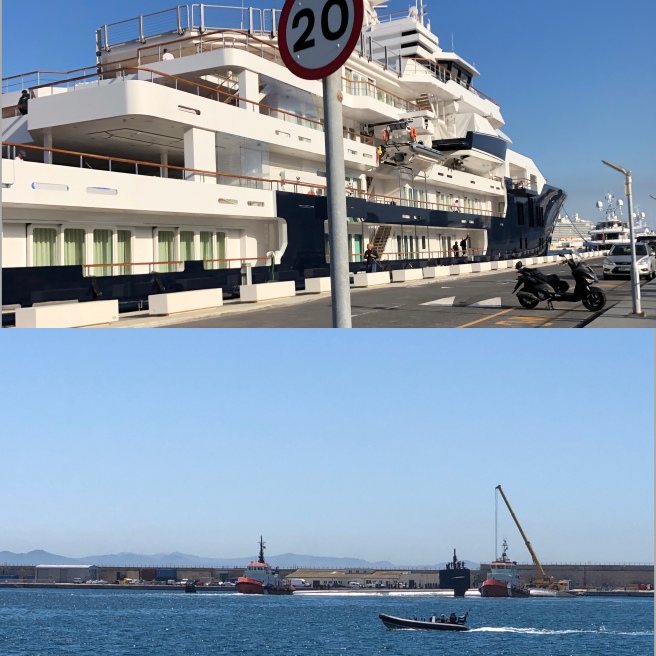 One day last week I was parking my car down at the small boats marina and saw this amazingly large yacht which has not one, but two extra boats attached – you can never have too many boats in my book ;-). When I came to move my car later on, an American submarine was just parking up at the Quay side with the help of a couple of tug boats. It was a busy day! 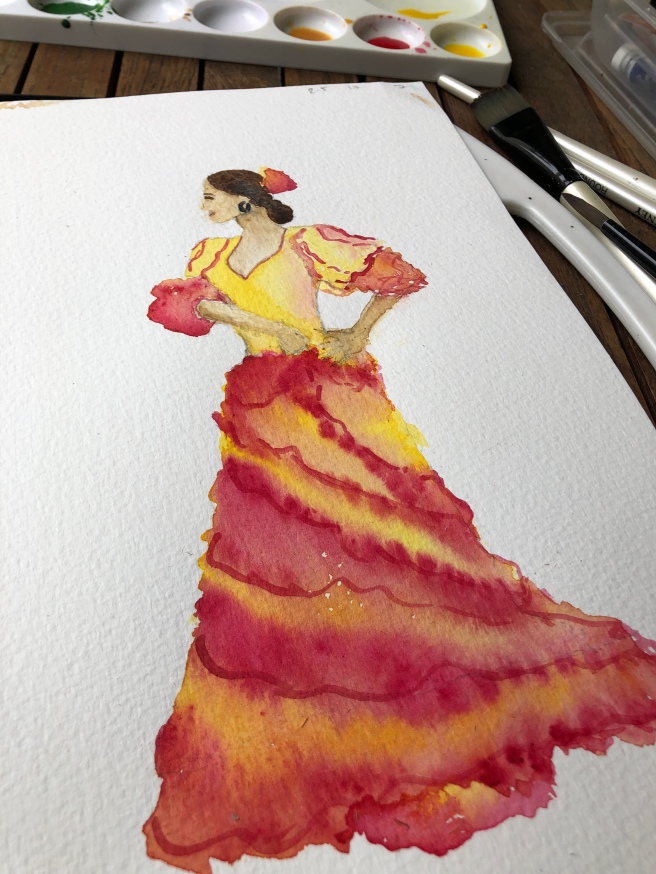 At my watercolour class last week I revisited a painting of a flamenco dancer I’d been working on previously which wasn’t quite right. Her arms were slightly wonky and her skirt needed a bit more adding to it. It’s looking better now! 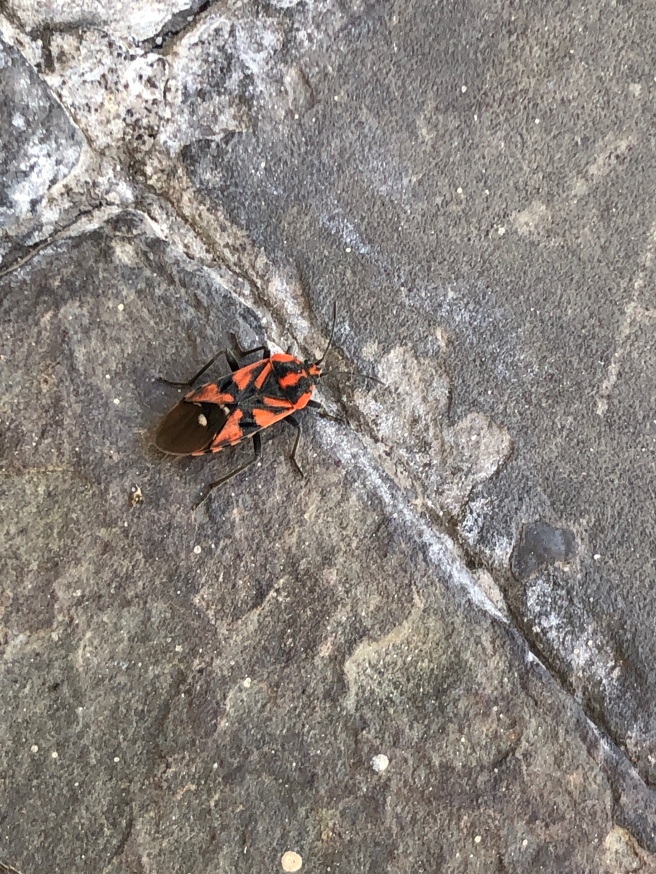 This bug caught Littlest’s eye on the way home from school one afternoon. I was instructed to stop and take a photo so he could show his brothers what we saw. 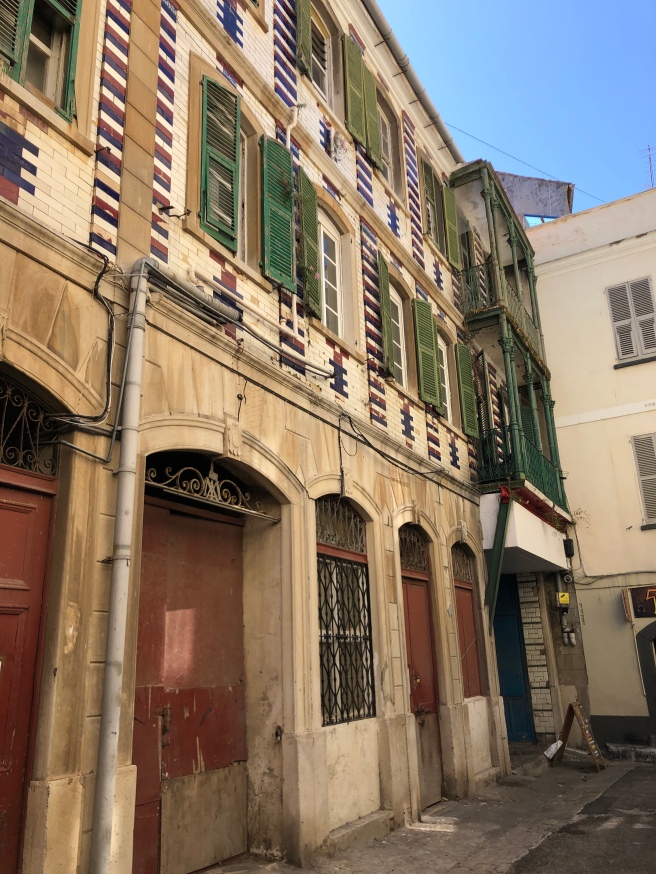 Gibraltar has so many beautiful old buildings and rather a lot of them lie empty and derelict. It’s such a shame, I love the look of this place which I believe has been a shop and a cinema in the past. I do hope someone takes it under their wing and brings it back to its former glory.

And that is the end of Sunday/Tuesday Sevens for another week. I’ll do my best to be back to normal next time, I can’t put my finger on exactly what caused the delay other than a rather busy few days. I hope you are having a good week wherever you are in the world reading this. Thanks for stopping by!

Sunday Sevens was created by Natalie from Threads and Bobbins.