This week started quietly but grew to rather noisy climax with the MTV Gibraltar Calling Music Festival last night. Here’s this week’s installment of Sunday Sevens:

Last Sunday we went for a bit of a walk and ended up quite close to the visiting nuclear submarine HMS Talent. Later on in the week I saw a military and police convoy (presumably bringing important stuff on board) it was quite impressive as it went past. 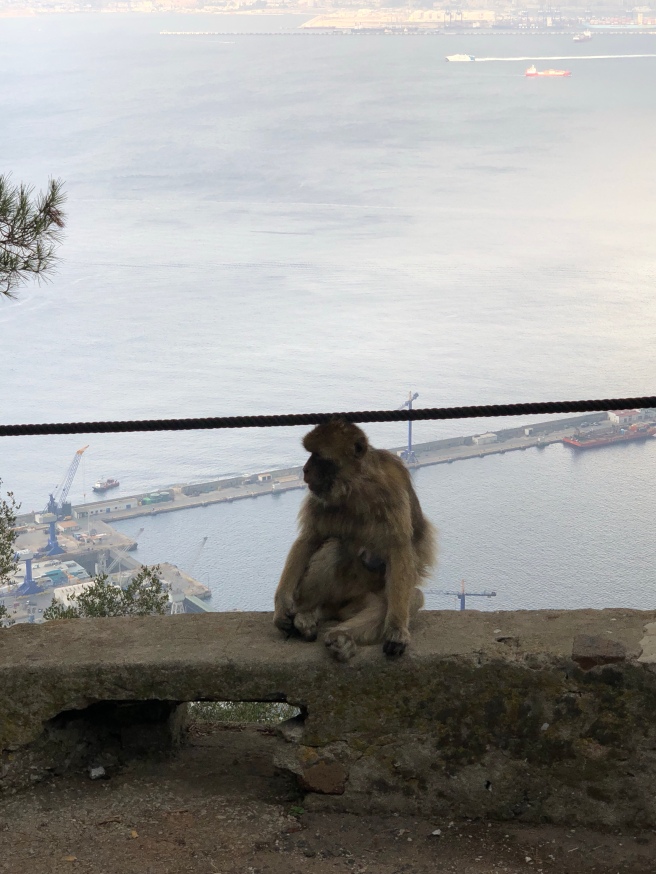 I went up the Med Steps twice this week, the second time I did it in 30 minutes. I was rather happy with that time. I was a bit tired afterwards! 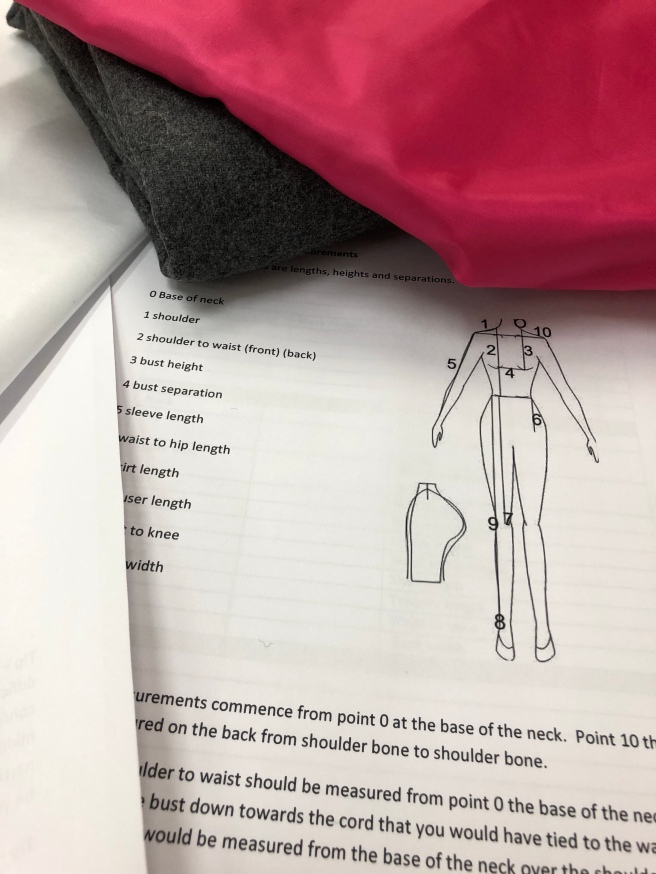 Hurrah, my dressmaking class has restarted this week. It’s jackets this term… I’m going for grey with a shocking pink lining.

I made a ‘quick’ trip to the shops in Spain midweek and ended up sitting for an hour in the border queue to get back into Gibraltar. The border queue can be so unpredictable and is a right pain in the neck at times.

Who’s idea was this? 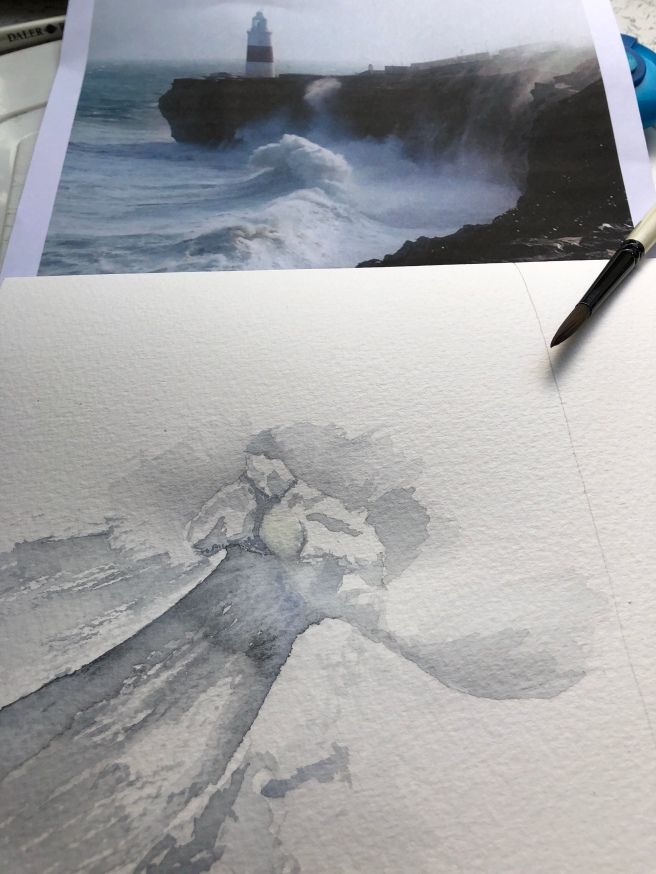 At my watercolour class I had the rather foolish idea that I’d like to paint the photograph I took of the rough waves crashing at Europa Point in a storm…. easier said than done! I think it may be too hard!

Drama on the high seas

There was a bit of drama off Europa Point on Thursday afternoon. As I was driving along the road towards the lighthouse on the Eastern side of the Rock, I spied the submarine I mentioned before, heading out to sea with a flotilla of other boats. I stopped the car and joined the many other by-standers at the side of the road who watched the sub leave. Heading towards the flotilla was a Spanish police boat which had to be seen off by a couple of Royal Navy boats, one using a flare. It was quite dramatic to witness.

A change of view

I had to park out by the small boats marina on Friday morning when I headed into town. I do like this view of the Rock, it’s nice to see it from a different angle.

Friday and Saturday saw the MTV presents Gibraltar Calling music festival. I only went yesterday, but it was a good day out. I’ll share a few more photos taken yesterday in due course.

That’s all for this week, I hope it’s been a good one for you. Thanks for stopping by. As always, I’m linking with Natalie from Threads and Bobbins for this weekly blog series.