A few weeks ago I told you about the couple of collared doves who appeared to be making a nest in the eves above our apartment. Well it looks like they didn’t fancy the location and have gone elsewhere. They have popped back a few times though to say hi, and some sparrows moved in and took their nest making material away to build their own elsewhere.

Early this week at sunrise and sunset, a film crew from the BBC who are responsible for making amazing nature documentaries like Blue Planet did some filming from a helicopter of the Bay and Rock of Gibraltar. Can you spot the tiny speck above the tree? That was the helicopter…

I was passing through Sandy Bay on Wednesday morning and by Jove it was hot! It was so hot by 9:45, that I have no idea how people coped on the beach later on!! 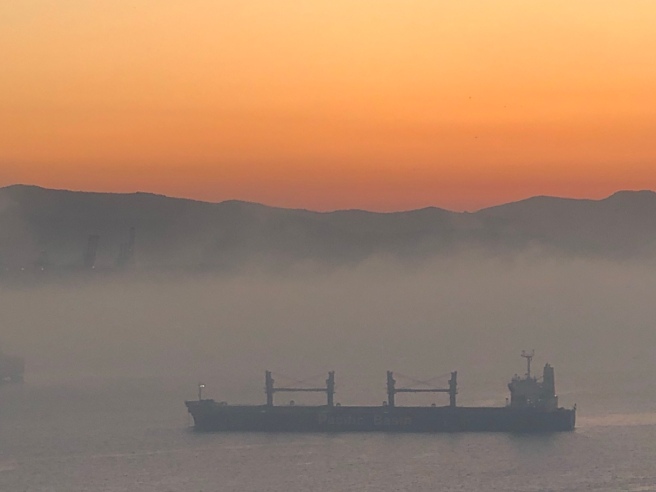 On Wednesday we had a rather unusual sunset as the wispy sea mist rolled into the Bay. It was the last evening of filming for the BBC crew, so it will be interesting to see whether the mistiness makes it into the programme.

Lizards (or geckos) are a common sight on our kitchen windows on hot summer nights. They lurk about waiting for moths to fly up to the window and pounce. It’s quite interesting to watch. On Thursday night, I saw my first gecko of the summer.

On Friday we flew to England to visit one half of the Postcard family, and ended up in one of our favourite places, Southwold. Look, they even put the bunting up ready for our arrival! How thoughtful of them!

An evening stroll across the marshes 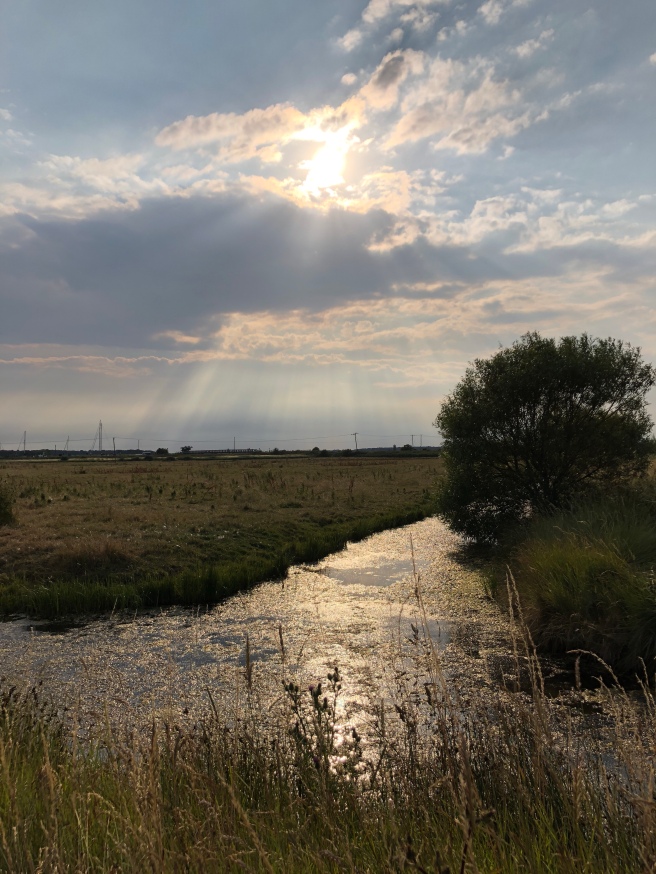 After spending a bit of time with the family, we headed back to Southwold in time for an early evening walk across the marshes. I love it here, it’s so beautiful and quiet.

Thanks for stopping by! I’m linking with Natalie from Threads and Bobbins for this weekly blog series.

Leave a Reply to Eleonora from Coastal Crochet Cancel reply