This Sunday Sevens is being sent by a rather worn out Postcard from Gibraltar, the reason why will become apparent in the sixth photo! 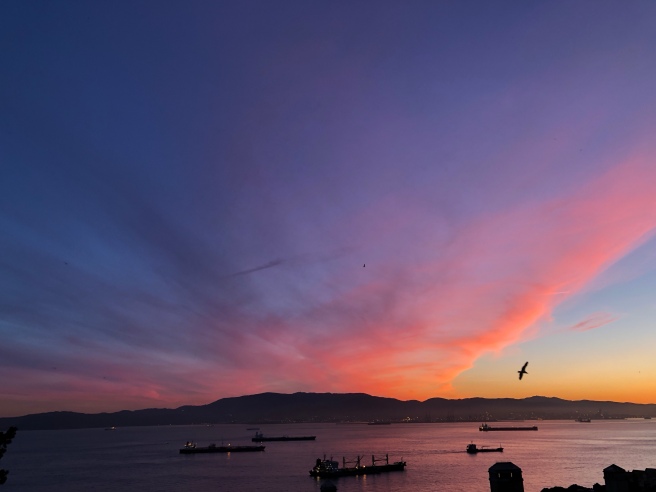 We had a beaut of a sunset on Sunday evening. So colourful. I’ve not included a sunset in Sunday Sevens for a while, so thought I’d put this one in.

At last at my dressmaking class I am seeing progress. My dress is looking like a dress! Now time to fiddle with the frill! 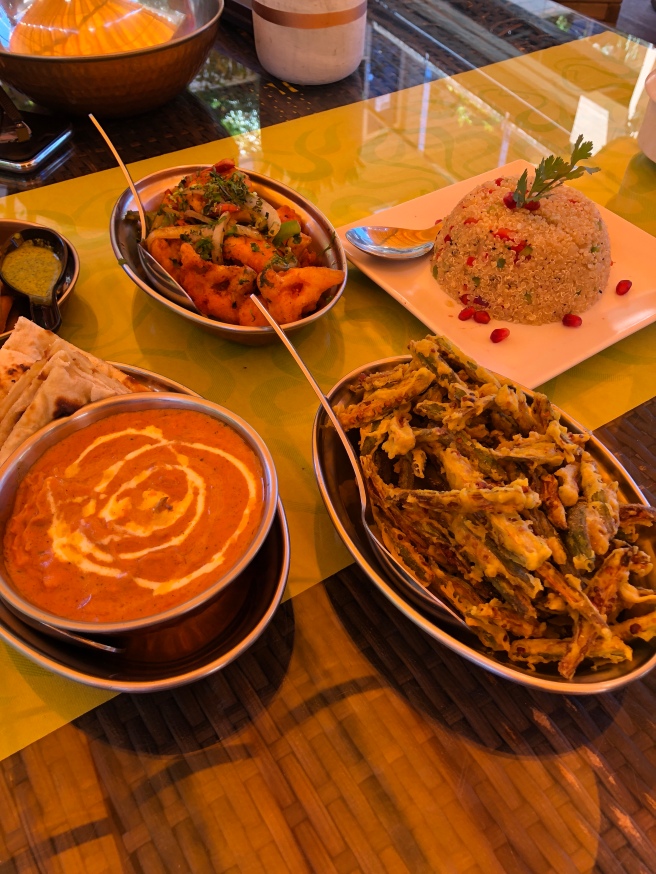 An arty friend of mine is leaving Gibraltar and returning home to the Netherlands. This week I met her for lunch along with another arty friend to say farewell. We had Indian Tapas. It tasted as good as it looks.

Sunny morning walk by the sea 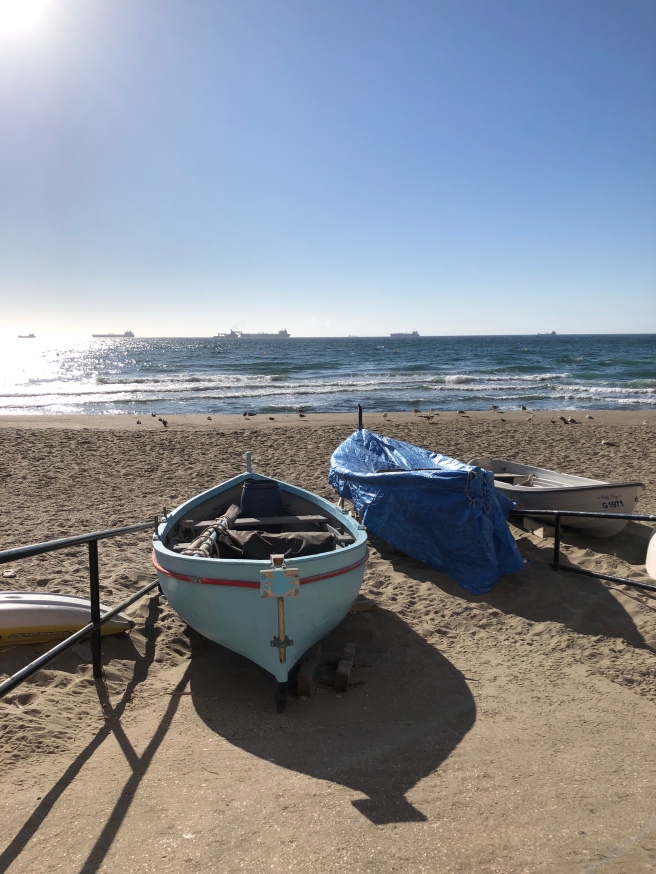 On Wednesday morning I went for a bit of a walk, I went for a coastal option rather than climbing up the Rock like normal. It was beautiful as I walked through Catalan Bay.

My next watercolour painting will be of nasturtiums, and I’ve been experimenting with the background to set them off nicely. I want a traditional Gibraltar stone wall, but how do I do that without drawing atttention away from the flowers? We’ll see if I can pull it off or not! 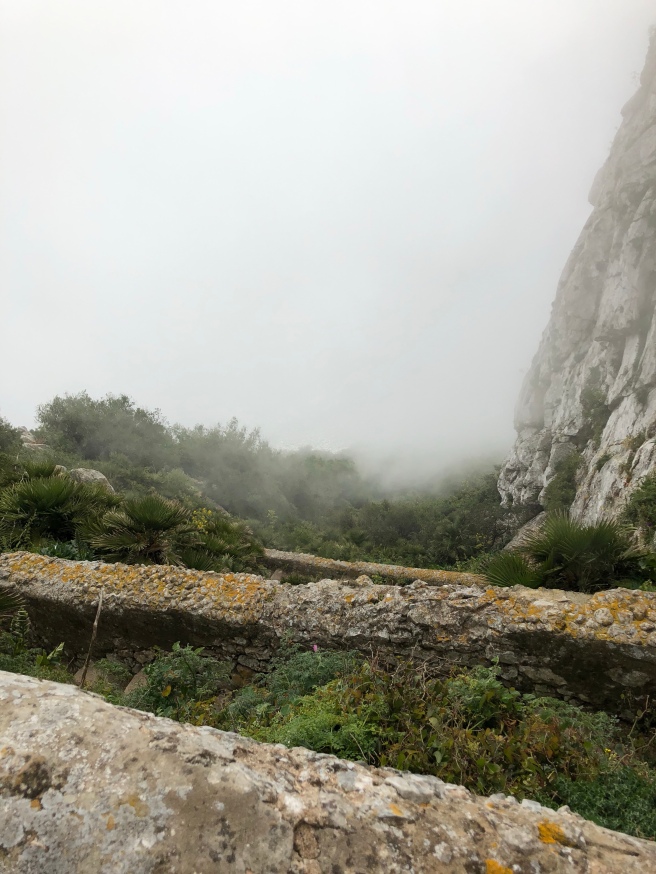 So yesterday was the Med Steps Challenge. It was really, really hard work – but then it wouldn’t be a challenge if it was easy would it? Not got much to add to that, still feeling rather tired! 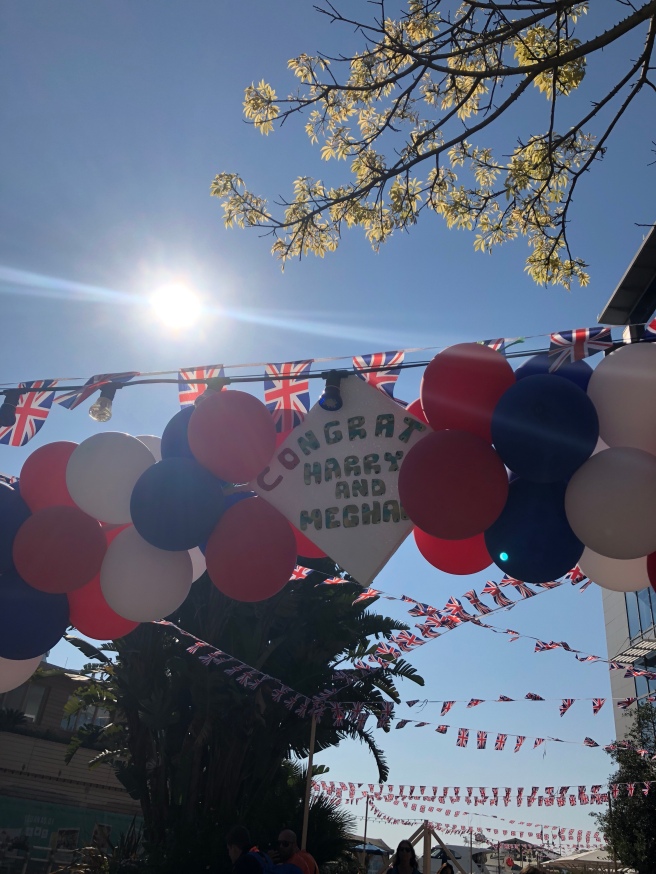 Royal wedding fever hit Gibraltar yesterday. I missed most of it slogging up the Rock, but had a quick trip to Ocean Village later on and there was a lot of well dressed people hitting the cava. One or two looked like they had started at breakfast time and were pushing on through to the FA Cup final. I think there may be a few sore heads around this morning!

That’s all for Sunday Sevens this week, thanks for stopping by! I’m linking with Natalie from Threads and Bobbins for this weekly blog series.