Well it’s been a busy old week, and one, which when I looked back at my phone to compile this edition of Sunday Sevens appears to have been a bit thin on the ground for photos to include.  Apologies if this is a little repetitive! Here goes…. 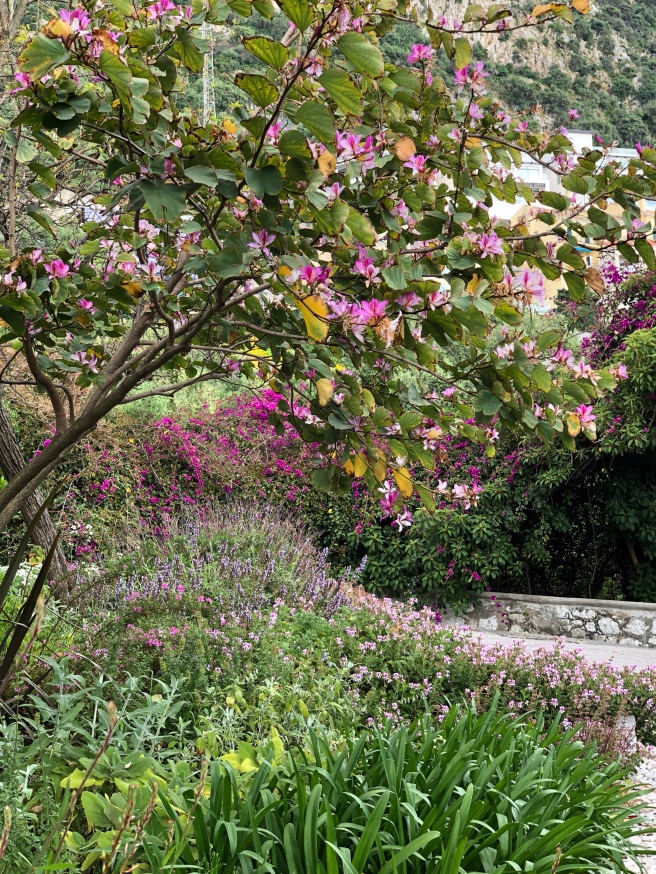 Last Sunday afternoon, we decided that the younger members of the Postcard family were in dire need of fresh air and a run around, so we headed to the Alameda Botanical Gardens and the great park there. We hadn’t visited for quite a while and fancied going back. As it turned out, I actually visited / walked through the Alameda gardens another three times this week, which was funny as I hadn’t been through it for quite a while. This blossom tree and the surrounding shrubs caught my eye. They are all so well co-ordinated – and pink! 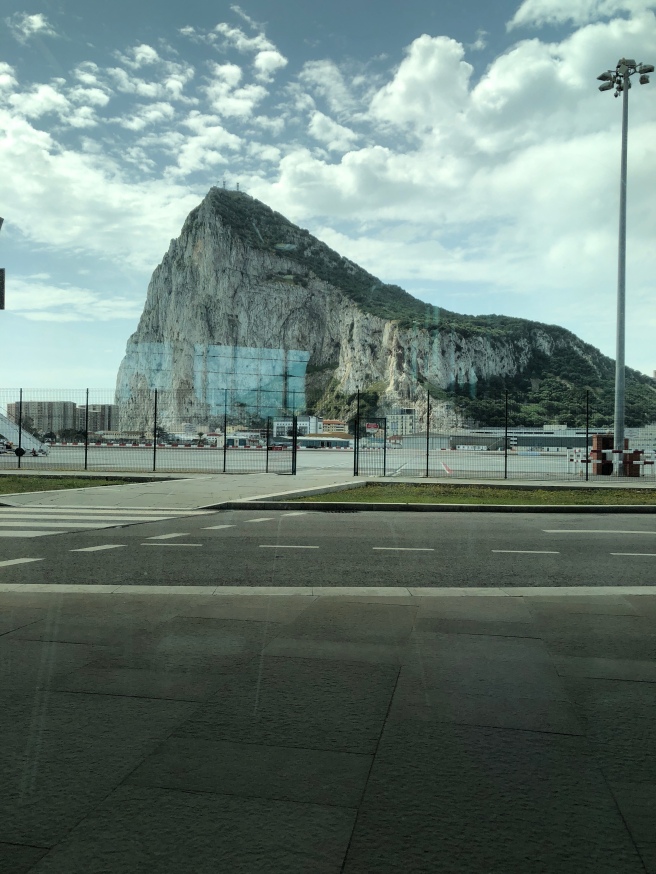 Unfortunately our car isn’t too well at the moment and we aren’t able to use it. We arranged to hire a car from the airport to tide us over until ours is back on the road, as I would be lost without one (multiple children with multiple bags in multiple locations all at the same time for after school shenanigans are a tad tricky – although not impossible – on the bus). When I arrived to collect the car I was a bit early, so had a coffee in the airport cafe enjoying this great backdrop while I waited. 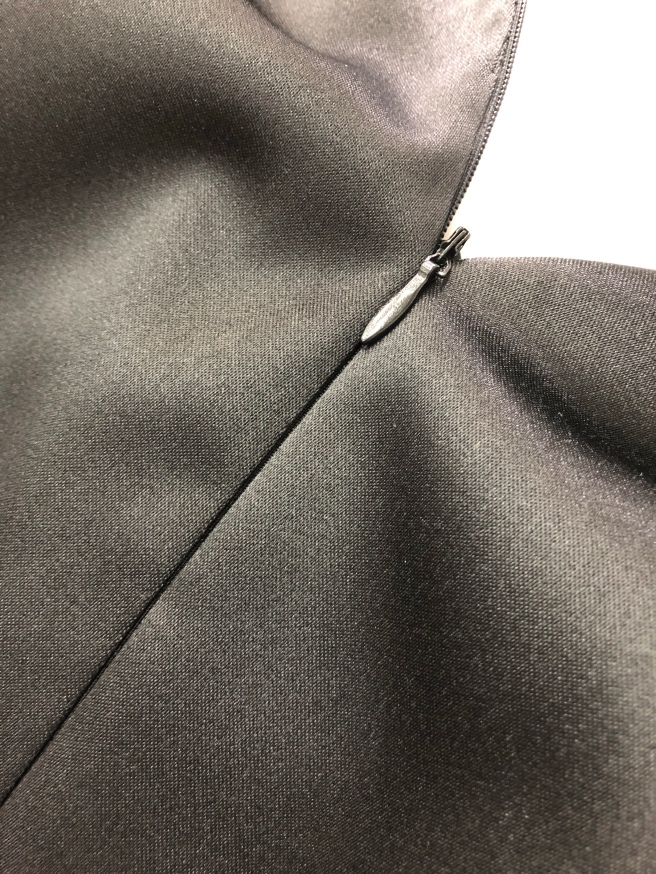 After literally months of drafting patterns, making a toile, and cutting and tacking the real thing, this week, I finally did some proper sewing at my dressmaking class. I put my invisible zip in, and I have to say I’m rather pleased with it!

Circling out at sea

During the week, a good friend came to the Rock and needed to be picked up from the airport. I got there on time, but was rather puzzled that the plane hadn’t landed. Then when I checked Flight Radar to see where the plane was, it became apparent that the journey hadn’t quite gone to plan. After attempting to land at Gibraltar, the pilot had aborted the landing due to poor visibility and spent the next 35 – 40 minutes going round and round waiting to see whether the next plane which was due in, would manage to land ok, before attempting another landing himself.

At one point I was convinced that my friend was heading for a diversion to Malaga Airport and a long coach trip down to Gibraltar by road. Thankfully, after watching his colleague land successfully, the pilot on my friend’s plane landed successfully too. Much to the relief of my slightly concerned friend. (This kind of thing isn’t uncommon when landing at Gibraltar – but I hadn’t prewarned my friend in case it worried her). Anyway, she got here in the end, and it was lovely to see her.

Back to the Alameda Gardens 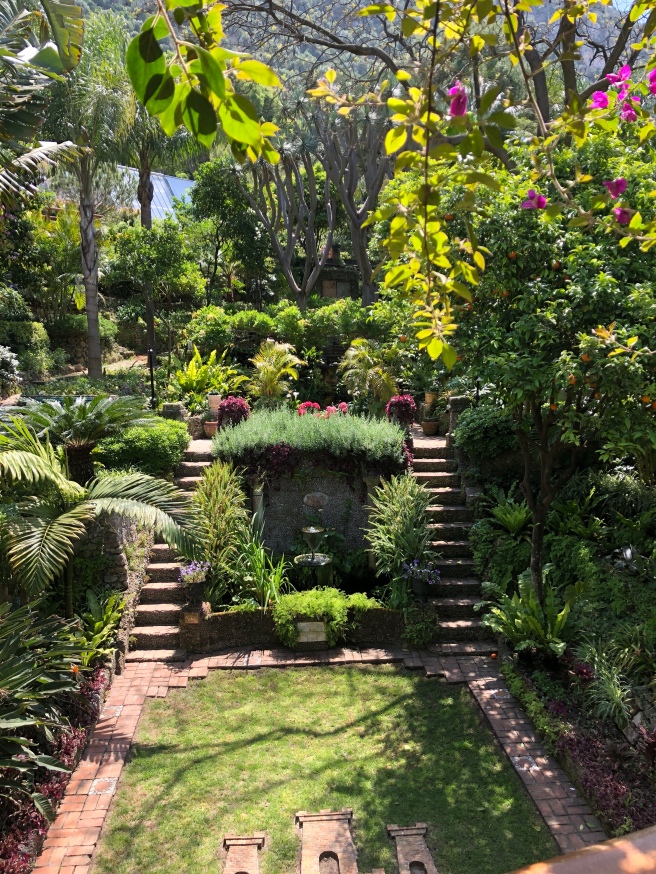 When you have a new visitor to the Rock, one of the places you simply have to visit (especially if it’s sunny) is the Alameda Botanical Gardens. We took a walk through the shady gardens and it was lovely to wander away from the crowds in town. 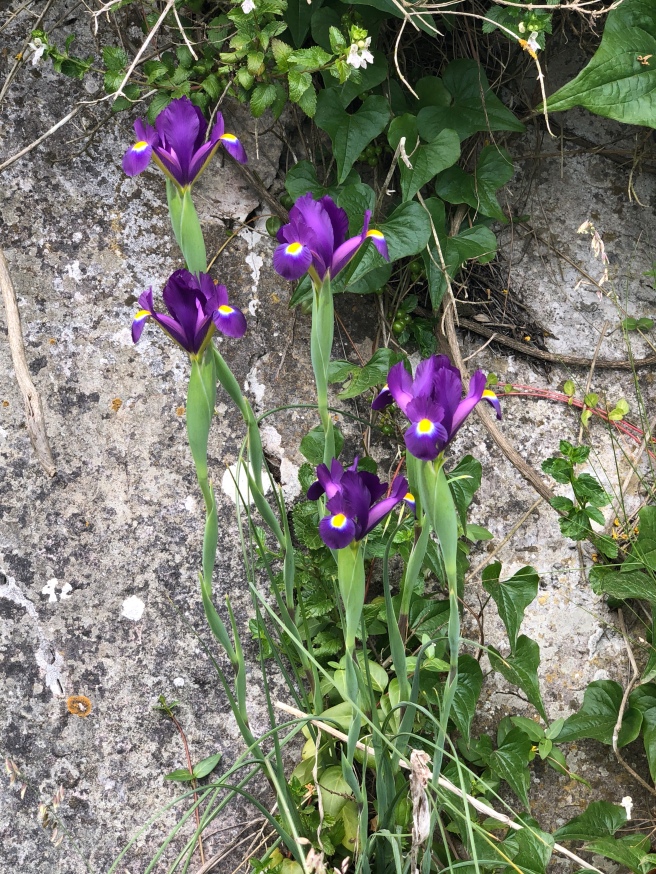 I dragged some friends up the Med Steps with me yesterday. It’s less than a week to go now before the Med Steps 5 Challenge and I wanted to pack another training session in. This one was a bit different from normal though, as they had never done it before – we stopped for snacks and drinks en-route (safely far enough away from the apes – who would have loved our crisps!). There seemed to be so many more flowers in bloom this week than last week, and I spotted these beautiful irises for the first time, just sprouting up from a crack in the rock.

Another walk through the gardens…

Just for a change 😉 I found myself walking through the Alameda Gardens again yesterday and spotted something I hadn’t noticed before. These figures along with a number of other pieces of art work (produced using recycled materials I think) were made by local secondary school pupils. This figure really caught my eye as the whole thing is suspended from the tree branches above and gently bobs about on the breeze.

So that’s it from me for this week’s Sunday Sevens, I hope my multiple Alameda Gardens photos didn’t bore you too much… I’m linking with Natalie of Threads & Bobbins for this weekly blog series.