Hello and welcome to the first Sunday Sevens of 2018. After all that build up, the festivities seem to have passed in a flash and we’re one week into the New Year already. Schools in Gibraltar go back tomorrow (hooray!) and life is returning back to normal. Let’s rewind a bit though and look back at New Year’s Eve… 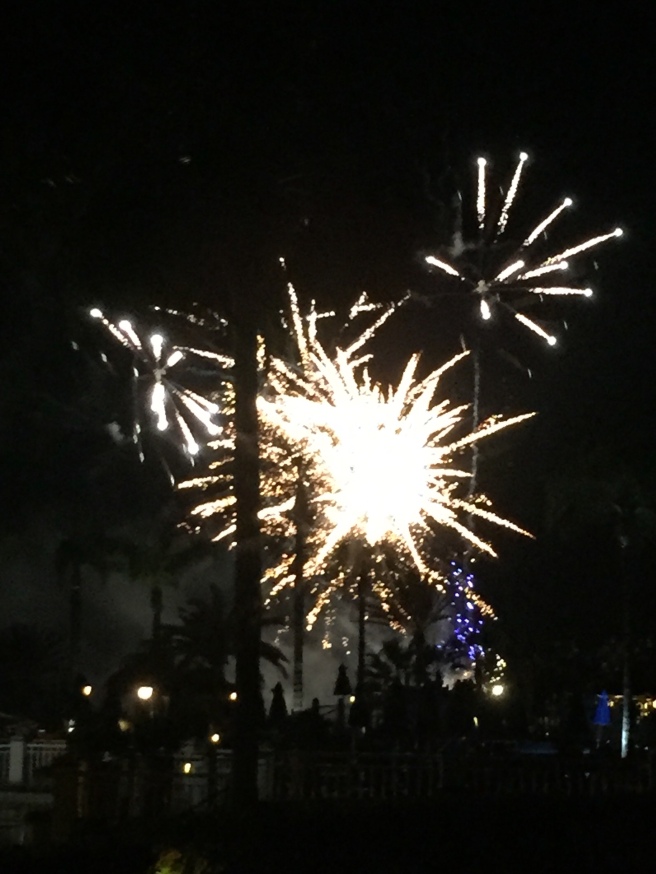 We brought in the New Year in Spain. We ran away for a few days and did things like play Cluedo, table tennis, swimming and chilling out. It was a really lovely break. The hotel next to our resort laid on the most impressive fireworks display. We have stayed in the same place a couple of times before and in the past the only fireworks locally were a few rockets set off by families living nearby. This time it was something else.

Starting as I mean to go on! 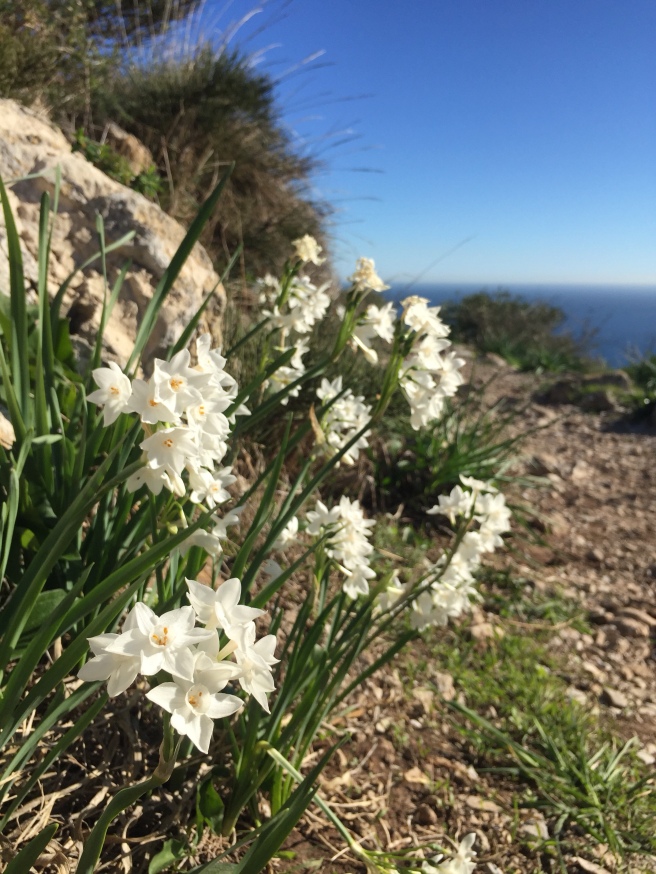 Within half an hour of us arriving home in Gibraltar on Monday morning, I had my trainers on and I headed up the Med Steps for my first of many climbs (I hope) this year. It’s been a few months since my last visit and the first signs of spring were in evidence with these beautiful narcissi dotted along the pathway.

The view from the top was so clear, Africa looked so close! 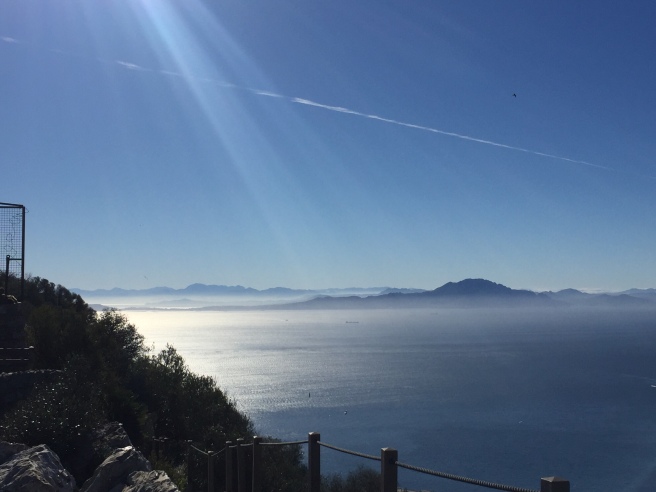 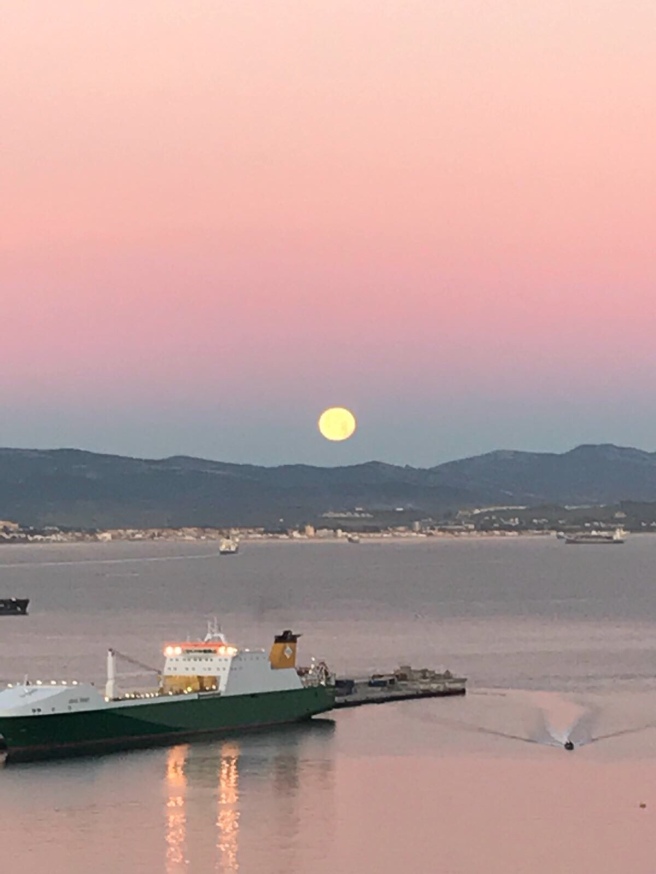 I believe it’s a ‘wolf moon’ that we had on New Year’s Day and into the 2nd. Here it is just as it was about to disappear behind the hills above Algeciras on Tuesday morning. This beautiful image was captured by Mr Postcard on his way to work. Just as well he took it – I was fast asleep!! 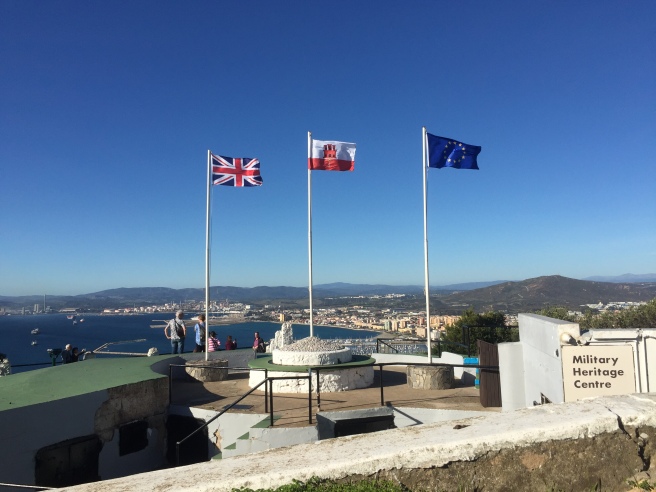 As the schools in Gibraltar haven’t started back yet after the Christmas break, I have had three Little Postcards at home this week. We had beautiful weather for much of it and it felt criminal to stay indoors, so I dragged them out with me and took them for a steep walk up the Rock.

We started from the centre of town and walked up to Princess Caroline’s Battery from where we could spy on the city below and watch the comings and goings at the airport. I was an awful mother, taking them away from their devices, making them walk miles and miles up a ‘vertical hill’ (their words not mine). But I did get them ice cream at the top and in hindsight they said they enjoyed it ;-). 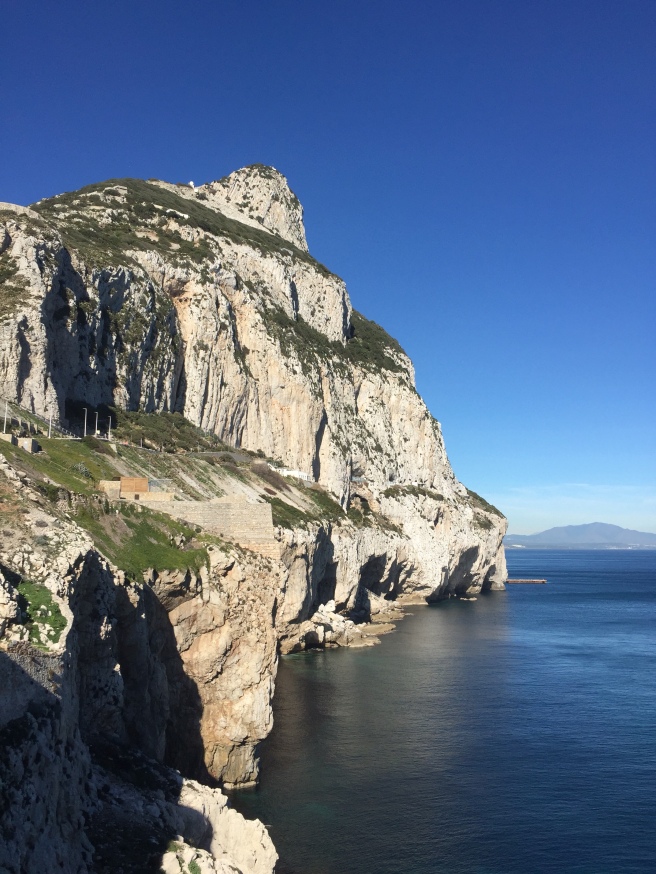 Last month, Gibraltar’s newest tourist attraction opened – a viewing platform to see the entrance to Gorham’s Cave and Vanguard Cave. They are part of the UNESCO World Heritage site we have here in Gibraltar and the site of significant archaeological discoveries relating to the Rocks earliest inhabitants. We decided to pay it a visit this week and enjoyed a really informative talk by our guide. It’s well worth a visit. 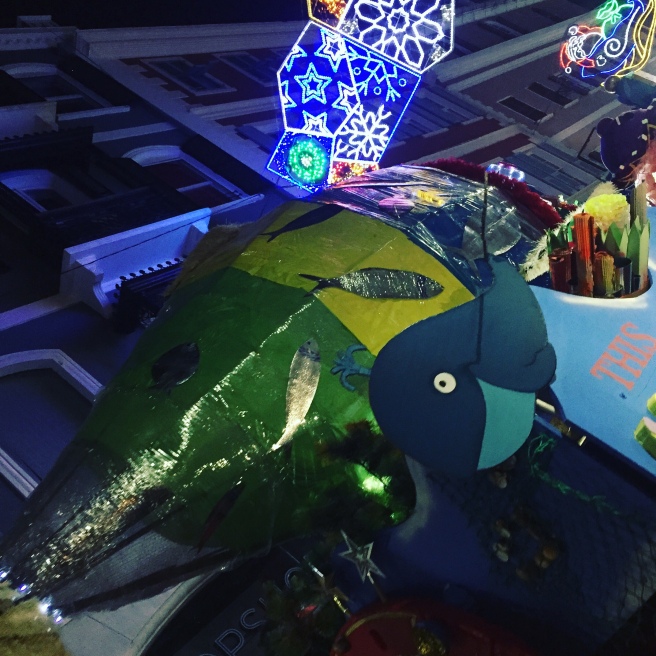 Friday was 5th January and that meant it was time for the annual Three Kings Cavalcade in Gibraltar. After a decline in the number of floats in recent years, there was a lot more out in time for the 61st Cavalcade. Local businesses, community groups and even families put on elaborate floats to delight the crowds. This marvelous fish was on a float made entirely of recycled materials – what a fabulous idea!

That’s all for Sunday Sevens this week, a week in which I launched my Friday Photo Challenge and was overwhelmed by the response. Thanks very much to everyone who’s taken part so far!

I’m linking with Natalie from Threads and Bobbins for this weekly blog series. 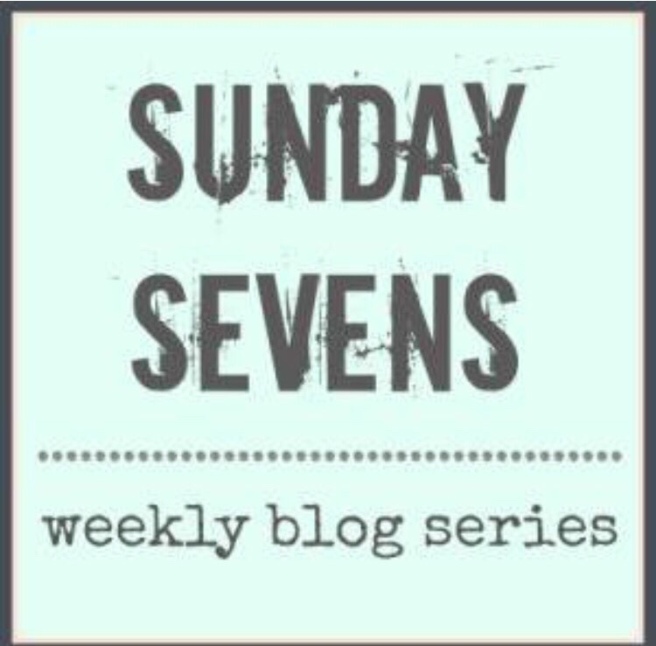