This time last week, ticket in hand, I lined up to have my bag searched before taking my seat in the Convent Ballroom. It was that magical time of the year again when (to me at least) the town centre is buzzing with excitement. Posh cars draw up to venues to deliver public figures to their talks and there’s the chance of bumping into Maureen Lipman or Kate Adie outside M&S. I am of course talking about the annual Gibraltar Literary Festival. 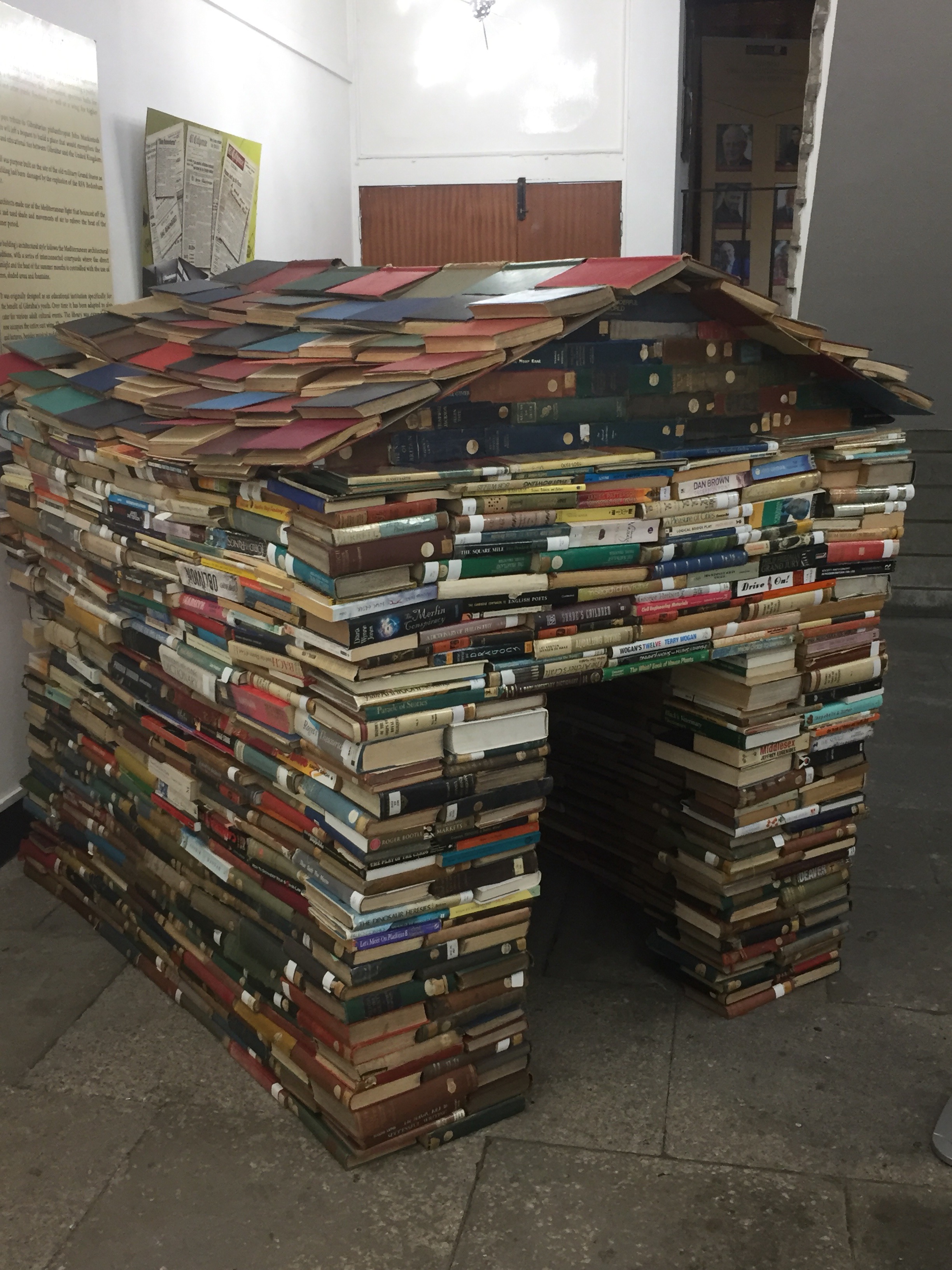 Now in it’s fifth edition, the organisers have said they sold over 3,000 tickets for the events. The whole festival ran over four days with daytime and evening functions. The fact that, as a mum with young children, I can get to some talks during school hours is just wonderful for me.

This year I was only able to attend a handful of talks due to other commitments, but it was still a great highlight to my month.

My first event was a fascinating talk by three members of the same family in the grand surroundings of the Convent. Clive, Geraldine and Stewart Finlayson have produced a coffee table book filled with stunning wildlife photos. Their book ‘Lost World : Secrets of a World Heritage Site’ was born out of the research work they have done in the Gotham’s Cave complex.

The network of caves and area of the Upper Rock Nature Reserve was the site of the first ever discovery of a Neanderthal Skull. In order to better understand the environment that the Gibraltar Neanderthals inhabited, the Finlaysons traveled around the globe to photograph and study creatures as diverse as from leopards to snowy owls, gannets to wolves. Many of the fossilised animal remains found in Gotham’s Cave are now no longer resident in the area due to climatic changes but they can be found elsewhere. 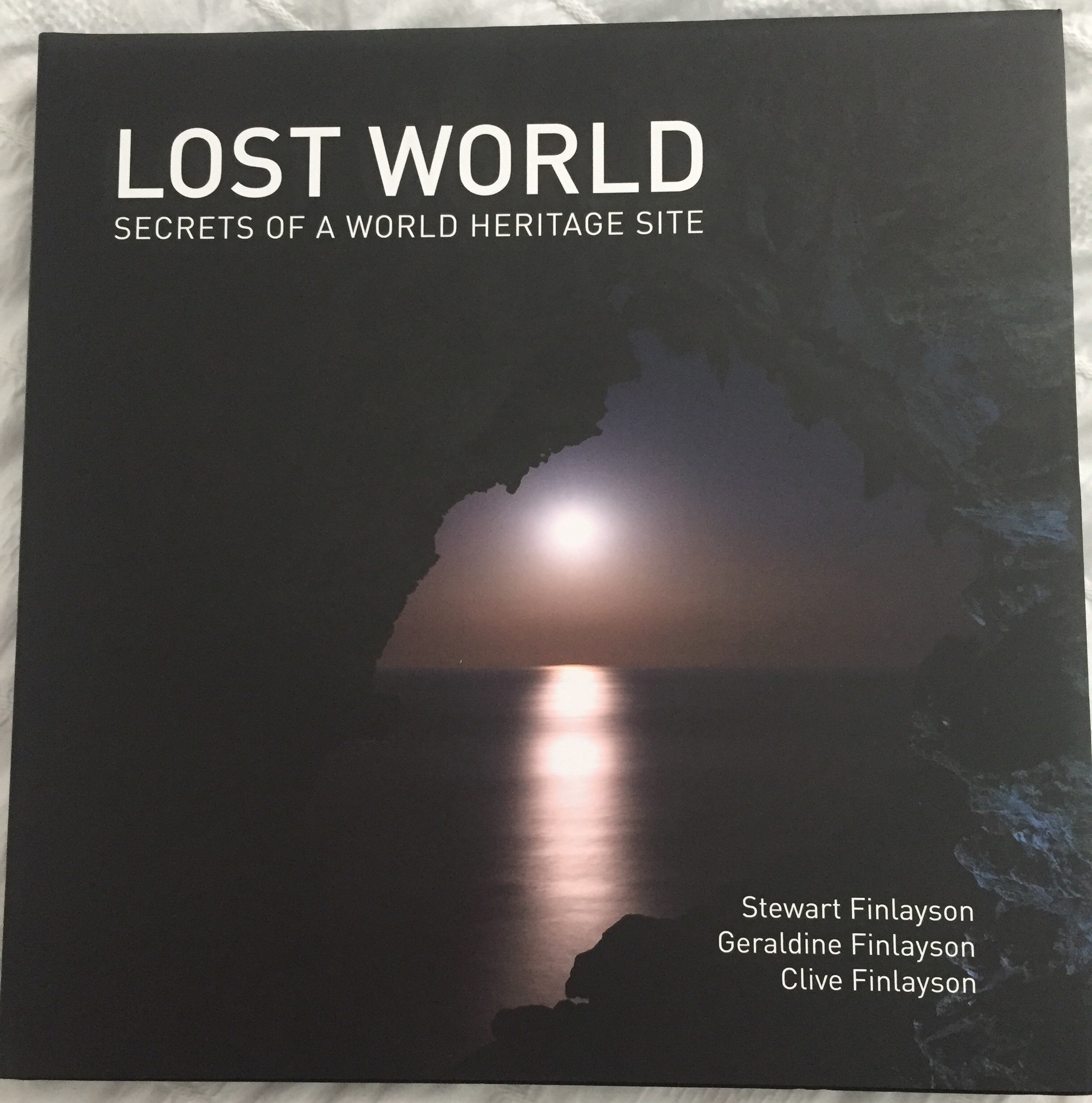 The lengths that the authors went to, to actually capture these beautiful creatures in their natural habitats is quite something. The stories they told of being on the lookout for lions in the Savannah while their guide changed not one, but four wheels on their safari truck or lying in snow in sub-zero temperatures for hours to capture a picture of a snowy owl were inspiring. 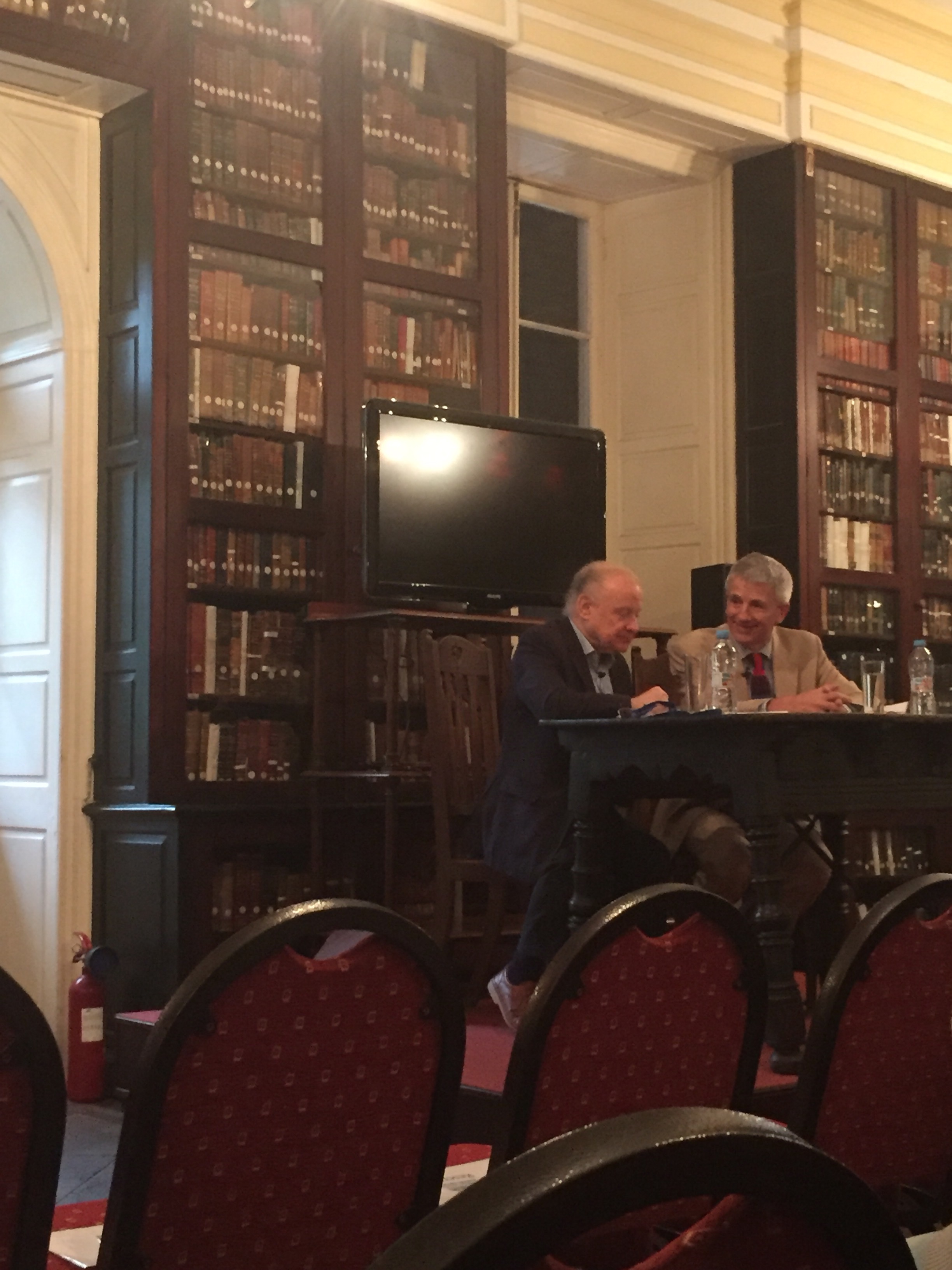 The Garrison Library was the venue for my next talk, a conversation with Patrick Gale (above right). The novelist spoke about his childhood, growing up in Wandsworth Prison, where his father was Governor and early career as a piano playing singing waiter in Convent Garden (he had taken the cabaret job in an attempt to gain an Equity card so he could become an actor). It was during down times during his overnight waiting shifts that he began to write and subsequently published his first two novels on the same day.

Since his early night shift writing, he has written prolifically with novels, short stories and TV screenplays to his name. Perhaps the most famous of these is ‘Man in the Orange Shirt’, which featured in the Gay Britannia season on BBC 2.

Patrick’s conversation with Chief Fiction Reviewer at the Sunday Times, Peter Kemp, was funny and at times very touching as he discussed his own sexuality and that of his great grandfather, whom his latest novel ‘A place called Winter’ is based on. Patrick came across as a very generous writer, and was keen to encourage anyone thinking of having a go at writing a novel to be brave and do it.

The John Mackintosh Hall was the location of my last Gibraltar Literary Festival event, Just Laugh a Minute, with veteran broadcaster Nicholas Parsons.

Despite being in his nineties, the entertainer showed no sign of slowing down and was keen to prove that despite his legs not working as well as they used to, his brain is still in good working order. He spoke for an hour (without any notes) reminiscing about his childhood and his first forays into entertainment by impersonating his prep school master which earned him a caning.

His account of his apprenticeship in the Clyde dockyards brought many laughs as he described the communal toilet arrangements. He then went on to recount his first job on wartime BBC radio, broadcasting from a disused cinema in north Wales and his brief career in the Merchant Navy which was cut short (just 5 days in) due to ill health.

Now a Gibraltar Literary Festival regular, Nicolas Parsons was great fun to listen to, and sounded like he could keep going for hours, had he been allowed. He put his good memory down to the fact he is dyslexic, saying he instinctively uses his memory to get by.

I would’ve loved to have gone to see Kate Adie speak, as one of my heroines growing up, I think her talk would have been fascinating. Sadly I left it too late to book my tickets and the event had already sold out. I have a couple of her books though to read, so I shall content myself with that.

One of the big successes of this year’s festival was the launch of a new book all about Gibraltar:

The What on Earth Wall Book ‘The Story of Gibraltar’ which charts the history of the Rock from prehistory to present day sold in excess of 900 copies. That makes it’s author, Christopher Lloyd, the most successful author in the Festival’s history.

Yet again, I had a great Gibraltar Literary Festival this year. I feel so lucky that just a few minutes from my home I can go and see authors, journalists and other public figures speak about their work. Many of whom have succeeded against the odds and their stories inspire us all to never give up.

If you fancy reading my posts from previous Gibraltar Literary Festivals, you can find them here:

So many books, so little time… Gibraltar Literary Festival 2015

💛Did you know it’s National Clean Air Day today? To celebrate, I’ve made a canary as part of the Clean Air campaign ahead of #cop26 by @craftivists 💛 Find out how you can get involved yourself in a special Instagram Live at 12:20 today by @craftivists 💛