Last weekend Gibraltar welcomed MTV and a host of stars for the MTV Presents Gibraltar Calling music festival. Now in it’s 6th year, this is the first time the music festival has been organised by an external company. Back in 2012, Jesse J headlined a much smaller day-long event. Last year it was spread over 2 days and had four musical stages. This time beginning later in the day and over just two stages, we were interested to see what MTV would bring to what already seemed to be a rather eclectic but winning formula. 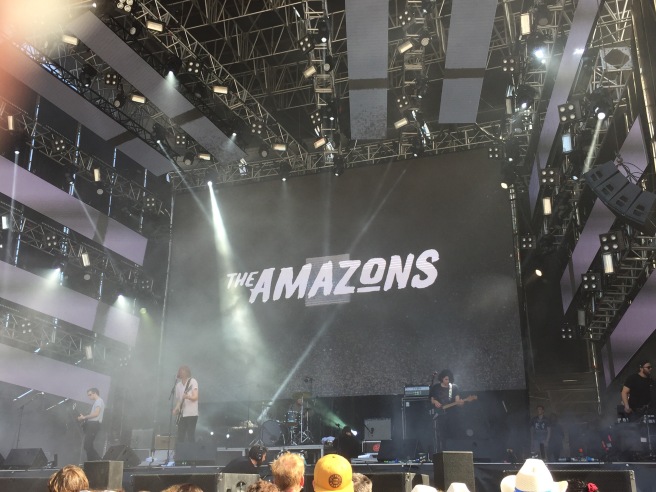 Our first band of the day (the festival was opened by local band Afterhours) was The Amazons from Reading. They were amazing, very reminiscent of the grungy Indy bands of the early/mid 90s a bit Madder Rose/ Buffalo Tom/ Afghan Whigs and right up my street. 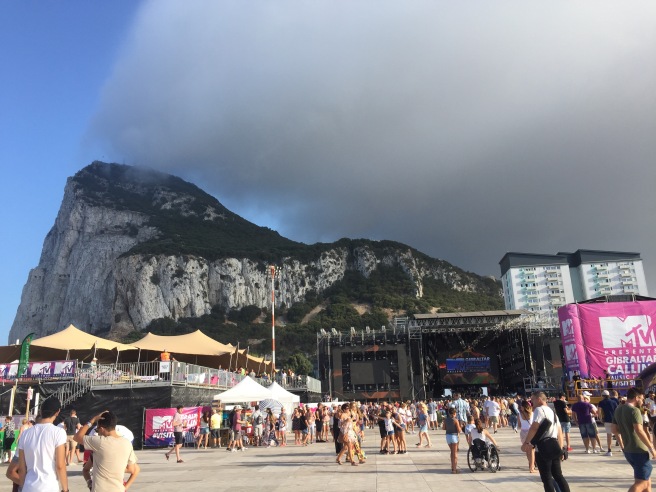 Next up on the Main Stage was Spanish all-girl rock band Hinds, who did a fab job warming up a slightly reluctant crowd I thought. I hope the small numbers who went to see them were just because they were unfamiliar to the Gibraltar crowd and not because of where they come from. They were full of energy and put on a very enthusiastic show. 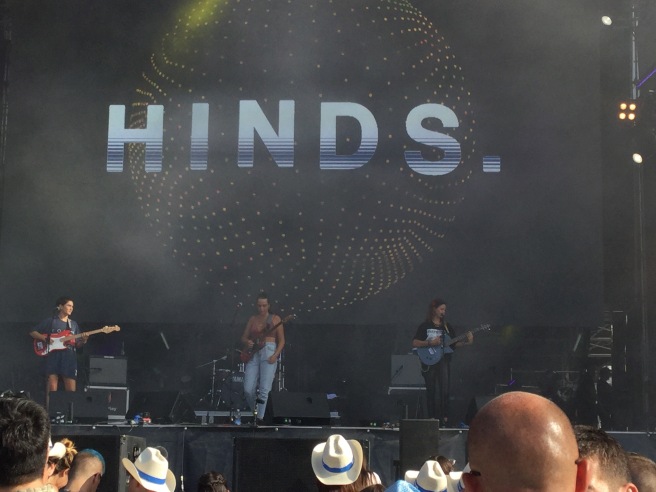 Hoards of folk streamed into the stadium in time for current pop artist Charli XCX.

At this point, it was my cue to head to the Classic Stage (I guess it comes to us all sooner or later) to see a couple of artists who formed part of the soundtrack to my late teens : Rozalla and Black Box. I had a great sing-along to Everybody’s Free and Ride on Time! (Just as well the rest of the family were enjoying Jonas Blue and couldn’t be embarrassed by my Mum dancing).

I caught the end of Jonas Blue and a bit of Years & Years before heading back to the Classic Stage for my headliners of the day.

Saturday’s Classic Stage headliners were The Village People. Never in my wildest dreams did I think one day I would see them perform live! After all those years growing up in the 70s and 80s with them as the soundtrack to my childhood on the radio and in my Dad’s car… They didn’t disappoint playing so many hits. 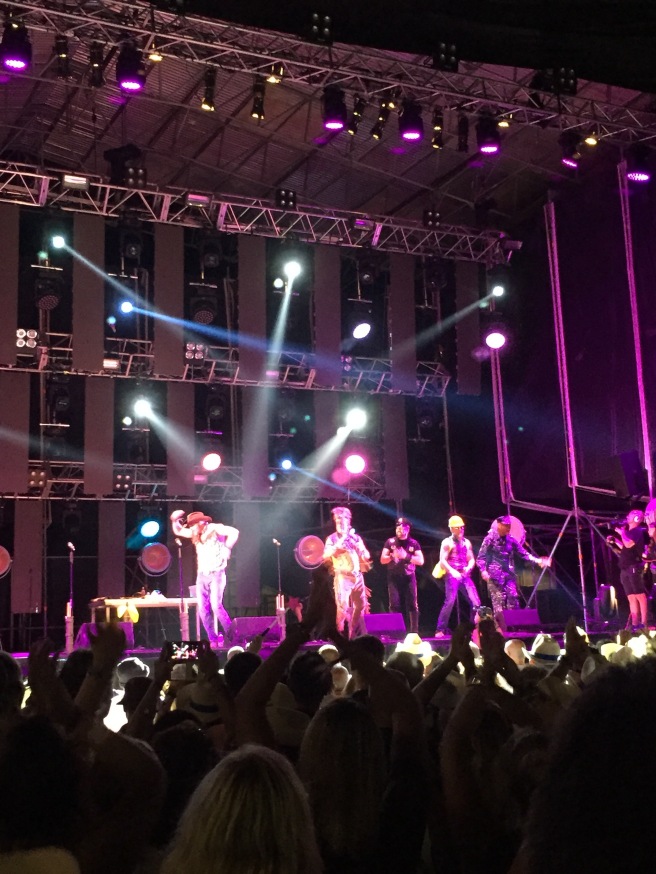 The Village People know how to please the home crowd – while performing ‘In the Navy’ they whipped out some Gibraltar flags to do their semaphore with. As you can imagine, that got a great reaction from the crowd.

Rounding off their set with, you guessed it, YMCA, they led the crowd in a dance lesson. Apparently we’ve all been doing it wrong all these years!

For me, Village People and The Amazons were the highlight of day one of the festival. We did stay to hear the start of Saturday’s headline act; Ricky Martin, but he’s not really our cup of tea. We heard ‘Shake your Bon Bon’, and ‘Livin’ la Vida Loca’ and headed home to miss the crowds.

At last year’s GMF I heard Layla Bugeja play for the first time, tucked away on a tiny stage behind the boathouse. The acoustic set she played with her Dad then blew me away. Since then, she has performed at the Grand Ole Opry in Nashville. This year, she played with her band on the Main Stage opening Sunday’s lineup.

With a decent crowd of family, friends and well-wishers she kicked Sunday’s day of music off in great fashion.

Next up was The Vaccines, who in true rock ‘n’ roll fashion joked that Gibraltar was in Spain. The crowd took it in far better humour than when Paloma Faith made similar comments a couple of years ago.

The Kaiser Chiefs were the next to grace the main stage, and for their second appearance here in Gibraltar. Back in 2015 they supported the headliners, Kings of Leon. Despite playing a long set the night before at the Bingley Festival in Yorkshire, they were brilliant. Front man, Ricky Wilson wowed the crowd with his energy, running back and forth across the stage, hitching a ride one the tv cameras and generally singing his heart out. I’m so glad they came back to see us again! 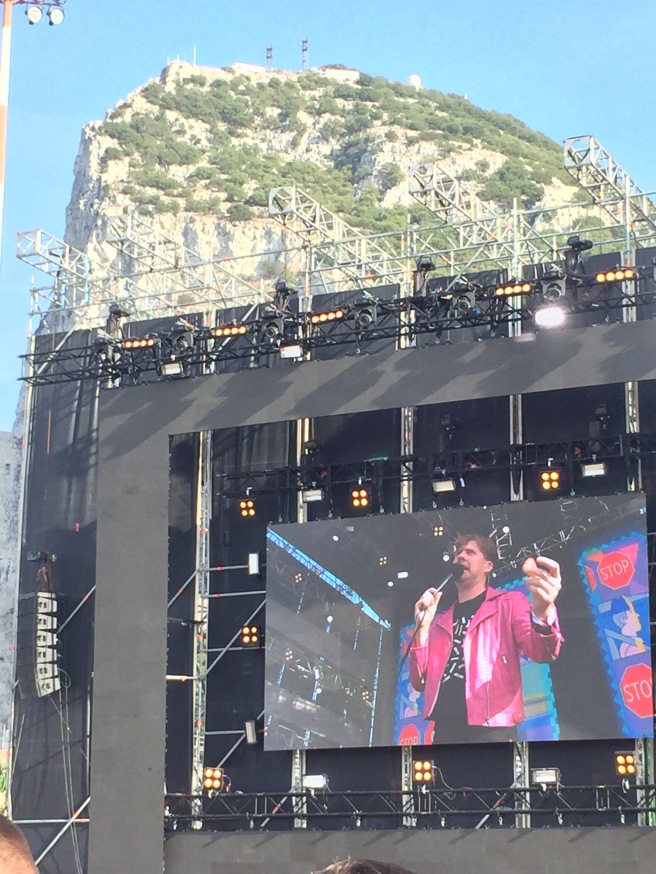 The soundtrack artists to countless M&S Food adverts, Clean Bandit took to the stage next, after pulling out of the 2014 GMF at the 11th hour. They put on a very good show and had the crowd singing along to their hits.

As the sun went down, Bastille took to the main stage and thoroughly entertained the crowd.

Their backing videos really added to their set, no prizes for guessing where their political tendencies lie… 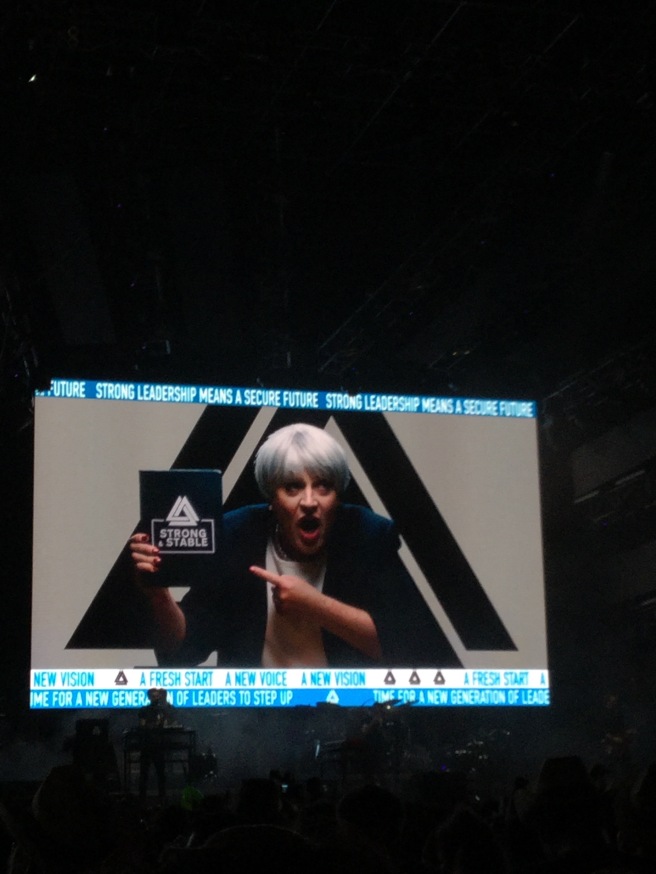 Then it was time for some more Mum dancing with Bananarama. What fun it was. The duo, of Keren Woodward and Sara Dallin (who are about to be reunited with former member Siobhan Fahey) belted out hit after hit; Robert De Niro’s waiting, Love in the First Degree, Venus etc. They didn’t take themselves too seriously and appeared to be having as much fun as the fans even getting a bunch of them on stage to dance and sing along with them.

What can I say about Craig David? Well, he was brilliant. I didn’t know what to expect in the run up to the festival, so guided by Mr Postcard, I watched some YouTube videos of his most recent performances and was very impressed. Singing his oldest hits and then rapping and DJing during the TS5 section of his set he had the Gibraltar crowd hanging off his very word- what a performer!

Last of all, Fat Boy Slim…. 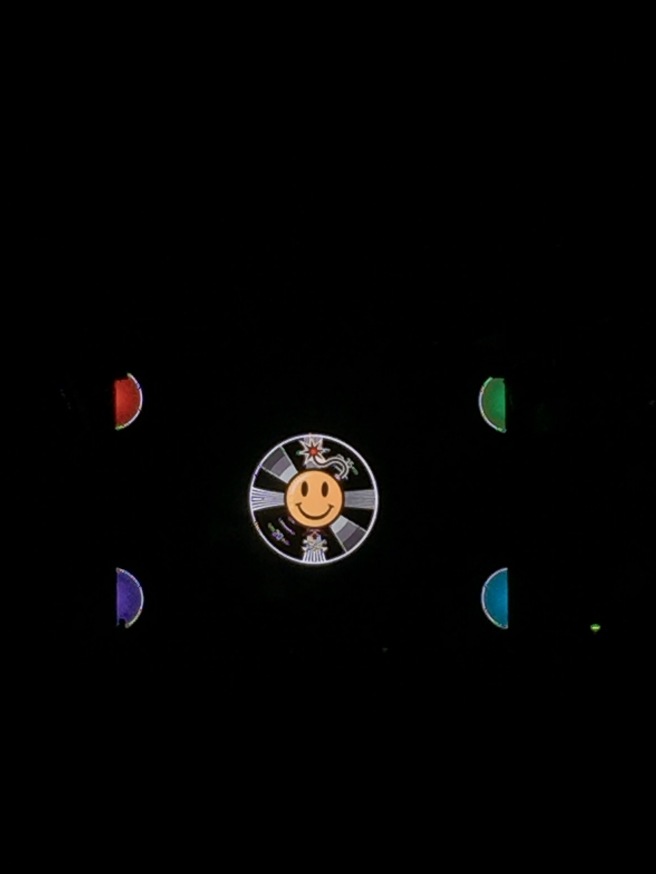 We ducked out of staying super late on Saturday night as Steve Aoki came on after Ricky Martin, but we decided to try and catch the beginning of Fat Boy Slim. His music and stage show were mesmeric although incredibly loud (or perhaps I’m just getting old). 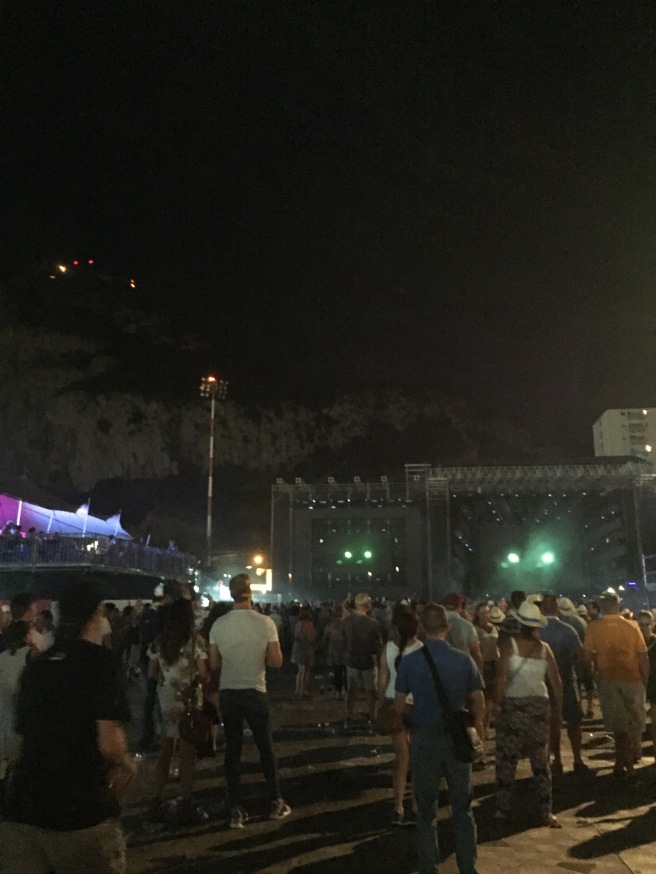 We wimped out after about half an hour and headed off to get the night bus home (yes we are definitely getting old!).

Our verdict on the new MTV takeover of the old Gibraltar Music Festival? There were definitely some improvements this year, the improved access to the classic stage and food court area and the large shaded areas provided much needed respite, and the standard of the artists was very high. Starting later in the day was positive for dodging the sun at its hottest but the knock on effect was that acts went on until well beyond midnight (not so good if you have any kids or young people in your party).

A couple of things we did miss though was the extra stages we had last year, that meant there was always something to see or listen to and this year we had periods when there was no one playing. Also, the sets seemed a bit short for some artists (30 mins) when you know they could go on a lot longer.

All in all it was a good weekend’s entertainment and good value for money. Thank you MTV!