This is probably going to be my most cosmopolitan Sunday Sevens ever… featuring photos taken in Italy, Spain, Gibraltar and France! Are you ready to join me for a Sunday Sevens European tour?

Last Sunday, after two days of tours around some of the amazing sights of Rome, we had a quiet day to potter about the city. There were a few more places we really wanted to visit before leaving and the Pantheon was top of the list.

It is such a beautiful building, and just mind blowing to think that the ceiling, the largest unsupported dome in the world, was made using cement by the Ancient Romans!! It’s now used as a church, so we waited until noon before being allowed in so that Sunday morning Mass could be celebrated before the crowds of tourists invaded.

Monday meant waving goodbye to Rome and catching a flight back to Malaga, then driving home to Gibraltar. It was so warm and sunny as we left Italy, but Gibraltar had  Levante winds and the heavy cloud that brings.

You may be fooled for thinking it was cool when we got home but it wasn’t- it was sweltering and incredibly humid. 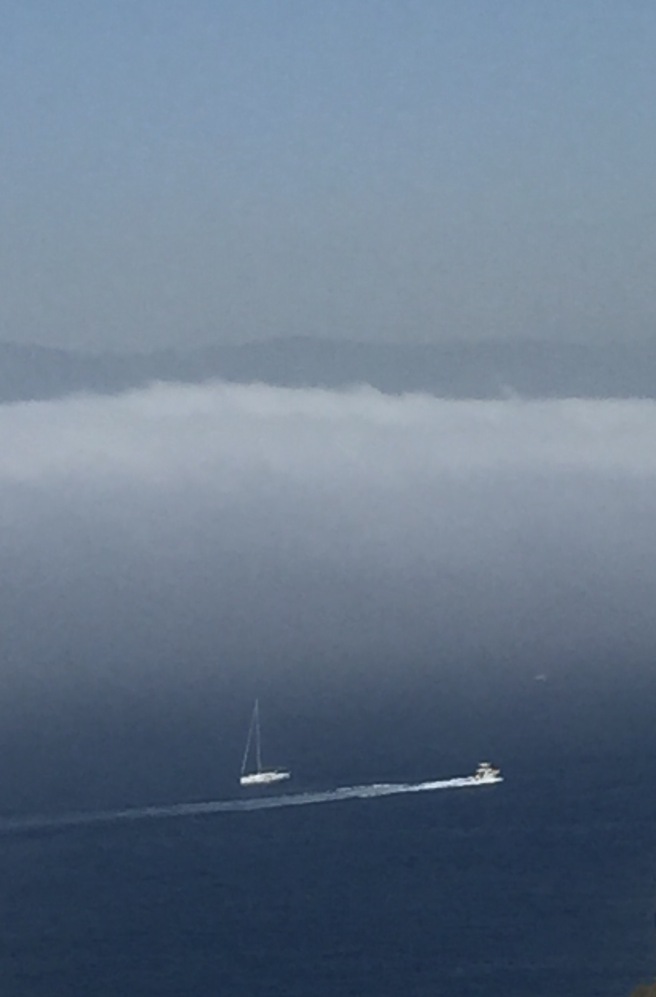 Another common weather phenomenon at this time of the year is sea mist. We had a couple of days this week when we could hear the boats in the Bay singing to each other with their fog horns.

A walk into town and through the lovely Commonwealth Park took me by surprise when I spied leaves on the ground. It is one of the few places in Gibraltar with trees which actually lose their leaves. It looked like autumn is on it’s way even if the weather didn’t feel like it!!

I am slightly ashamed to admit that we managed to get to mid August without a proper trip to the beach in Gibraltar this year. We have had walks along the sand but this was our first trip with deck chairs, buckets and spades and swims in the sea. Sandy Bay is such a lovely beach to spend time with children, calm and not too deep, and of course it’s great for sandcastles.

We only stayed a couple of hours though as I needed to head home to pack…. again!

We have been so lucky this summer to be able to do a lot of traveling, normally we have a couple of weeks in England visiting family, but this year we’ve been lucky enough to enjoy a mini European tour (while we are still allowed in before Brexit). Yesterday we headed back to Malaga airport and caught a flight up north to southern France.

Toulouse is such a beautiful city and our first visit to this part of France. We had a walk around some of the city centre and the architecture is so beautiful. I can’t wait to go back out again later on today with my camera to get snapping! This shot is the view from where we are staying. Isn’t it amazing?!

In the meantime, here’s a quick picture of a pretty fountain close to where we ate last night. It is dedicated to the victims of a flood many years ago. 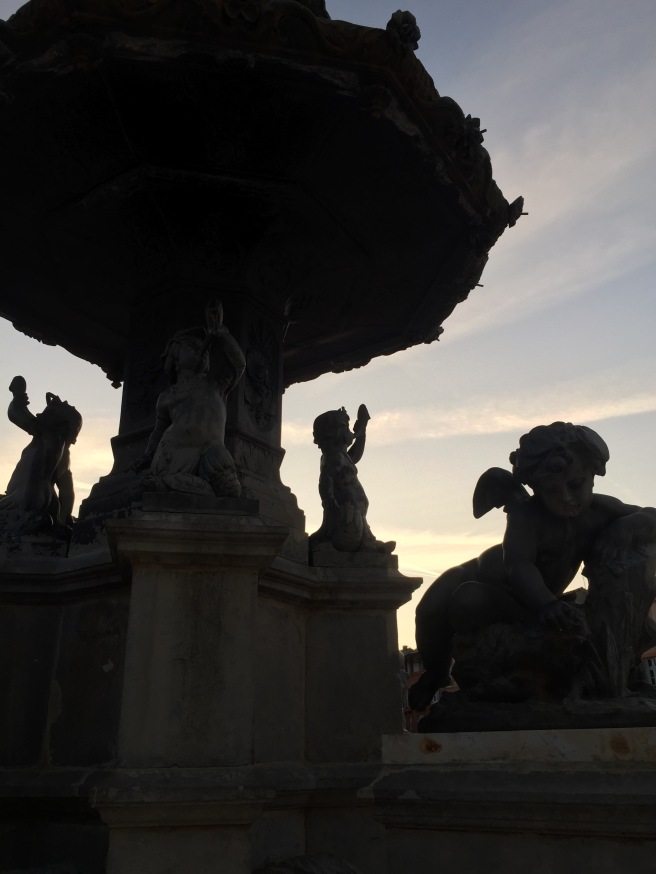 Thanks so much for joining me this week for Sunday Sevens! I’m linking with Natalie from Threads & Bobbins who created the Sunday Sevens series of blog posts.