Hello from a very warm Gibraltar. Blimey summer has definitely arrived. The temperature has risen considerably and I don’t mind admitting I’m wilting a little! It’s ok in this temperature when you are on holiday and doing nothing in particular but it’s hard work when you still have to cook and clean and rush around doing things.

Anyway, enough moaning – we are never happy with the weather are we?! Here’s this week’s Sunday Sevens…

This blanket was started during Lent when I was crocheting a granny square each day. On days when I was super keen and wanted to do more crochet I did a bit of this. Once Lent was over I put it aside to do a few other bits and pieces and only revisited this last week when I headed back to Manchester to visit my parents.

It was completed on Sunday and I took it to the pool for an arty photo shoot 😉 it’s comprised of 10,608 treble stitches and brings my total Sixty Million Trebles tally up to 33,864 for my three blankets to date.

For those of you who haven’t heard of Sixty Million Trebles before it’s a charity and awareness raising appeal to make crochet blankets totalling sixty million treble stitches (one treble stitch represents one refugee in the world – figures from the UN in 2016). The blankets will be sent to Syrian child refugees. For more information see: the Sixty Million Trebles Facebook page. 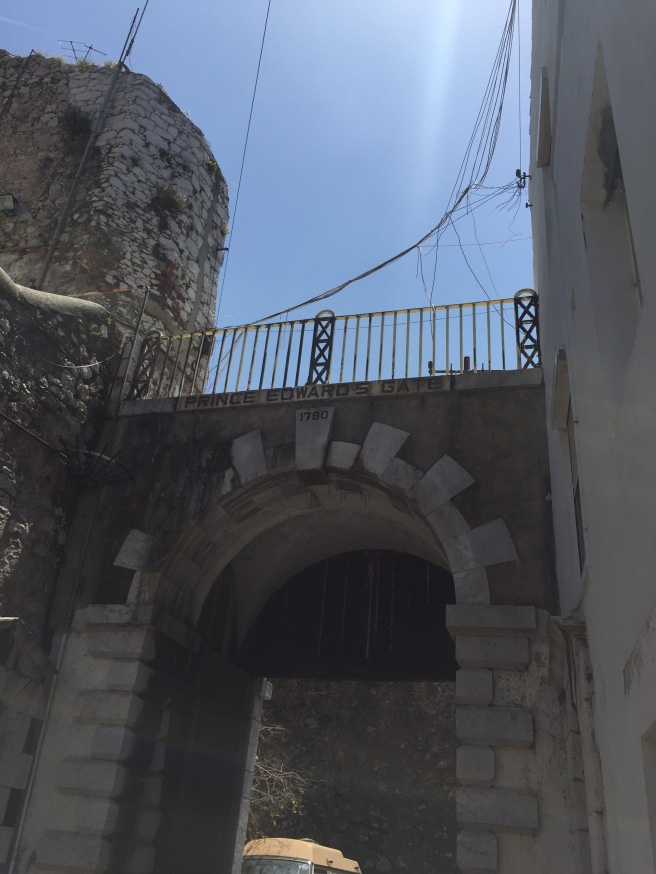 I abandoned the car for most of this week and decided to walk whenever I could. It meant that I wasn’t able to fit quite as much into my child free hours while the Little Postcards were in school, but I did enjoy being able to appreciate my surroundings a lot more. There are so many interesting buildings and nooks and crannies here in Gibraltar which you can drive past in a blur so easily.

I won’t have a body fit for a bikini, but I have walked a good few miles this week! 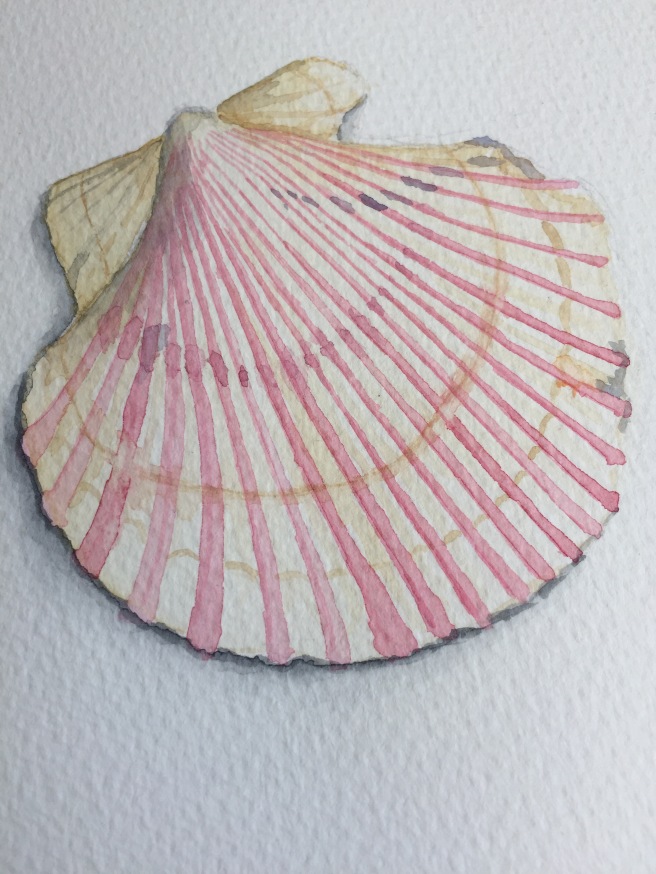 I put the finishing touches to some of my seashells this week at my watercolour class. I have really enjoyed painting them and have come to the conclusion that perhaps I’m better at small focused pieces than larger landscapes and compositions. 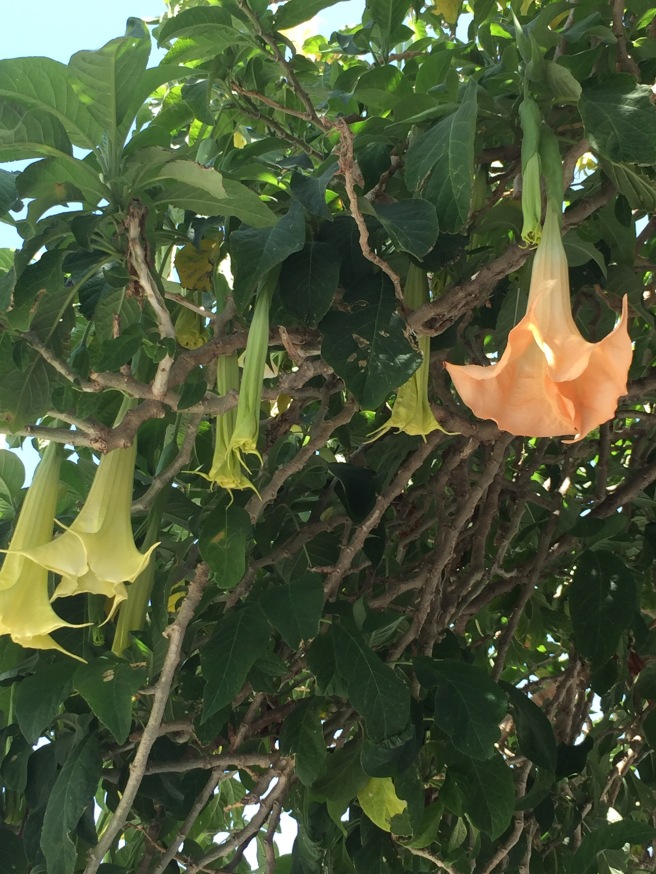 I have to confess that I don’t know what these flowers are called but I have seen quite a few about of late. In fact there are a lot of gorgeous plants in bloom around Gibraltar at the moment. They seem to be at their peak before getting frazzled in the hot summer sun.

“Not another one?” I hear you say. Well there is blogging, taking loads of photos (although I am not a photographer by any means), sewing, painting, crochet, reading… I really don’t need another one but I may have found a new way to dodge doing housework!

A friend of mine is a rather accomplished ‘felter’ – is that a word? (Well someone who makes delightful pictures with felted yarn). This week she very kindly showed me how to do it too over the course of two lovely lunches and afternoons.

I took loads of photos and at some point in the next few weeks I hope to be able to share my foray into felting with you too. Ooh it’s such fun!

The time has finally come, that time of the year where you no longer have to make school packed lunches, but you do have to come up with afternoon entertainment for the kiddiwinks. Friday saw the end of full days for school children in Gibraltar. With just three weeks left until the end of the summer term, it’s half days from here on in. 9am to 12 noon for first schools and 9am to 12:45 for the older children.

Hmmm, I will be so happy not to have to figure our what tasty delights to put in the lunch boxes of an evening until mid September, but crikey, what am I going to do with them for all that extra time? I don’t remember constantly asking my Mum what her plans for the day were as far as entertaining me and my brother were concerned, but that seems be the norm for me and the mums I’ve spoken to. We may be exploring boredom and room tidying in the coming weeks… I cannot face the beach everyday!

A roof with a view

I shall round up this week’s Sunday Sevens with a photo of last night’s Saharan Dust sunset. It was lovely and completely different from the rainbow sunsets we’ve had in recent weeks. I grabbed my camera as I spotted some seagulls sitting on a nearby roof enjoying the view as much as me!

We are enjoying a Bank Holiday weekend this weekend, schools and many workplaces are closed tomorrow in honour of the Queen’s birthday. That means that many Dads who are able to enjoy Father’s Day today, can get a second lie in tomorrow too! However you spend your day, I hope it’s a good one for you.

Sunday Sevens is a weekly blog series created by Natalie at Threads & Bobbins.