Hmm, seed. This week’s photo challenge is a tough one, and one which I thought would be rather uninspiring. Would I photograph a packet of seeds or a loaf of seeded bread? I was really scratching my head on this one until I took a walk up the Med Steps to the top of the Rock of Gibraltar last week and I saw these feathery beauties.

They are all over the Upper Rock Nature Reserve at the moment. They are the seed heads (or are developing into seed heads) from a climbing plant which has wound it’s way around everything in it’s path. 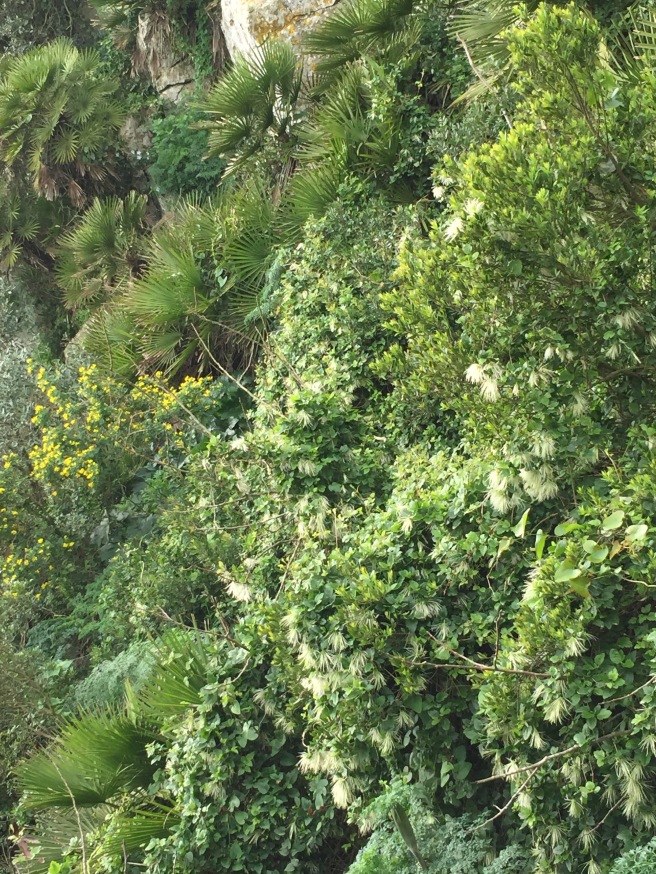 I tried to figure out what it was, the seed heads almost look like feathery flowers in their own right, but I was pretty sure they must have had another flower before this developed. I set about trying to find a plant which still had the flowers attached. And found one….

But that didn’t look quite right, the leaves were different once I looked closer. Then on my way down the western side of the Rock, I spotted just three tiny creamy coloured flowers attached to the same stems which had the feathery seed heads on them. Could this be them? 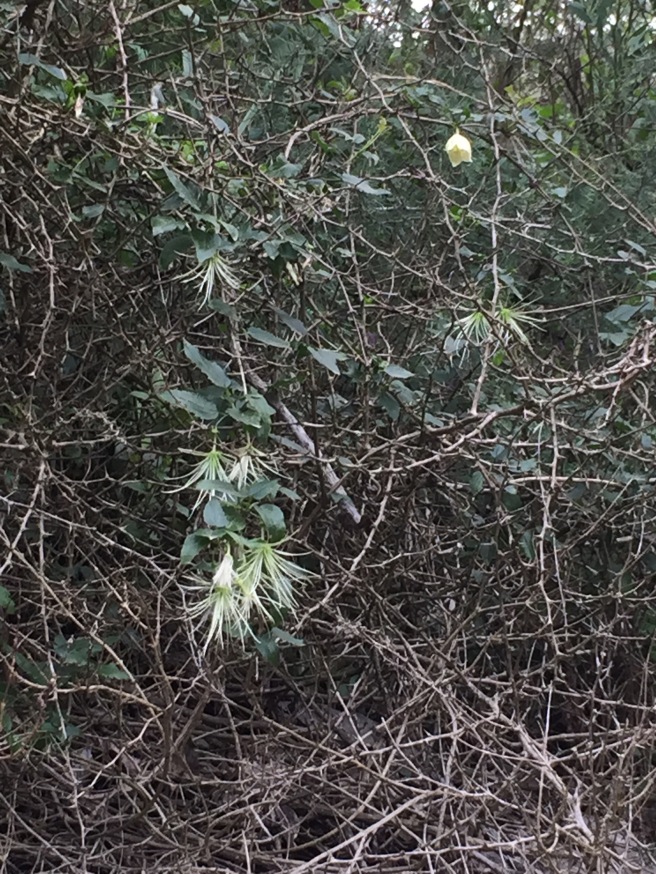 I have done a brief Google search and I’m pretty sure it’s the seed head for the ‘wild clematis vine’, but don’t quote me on it! The leaves certainly look very clematis-y to my mind, and those creamy flowers look like clematis too… If you know for sure and can put me out of my misery, please let me know! 😊 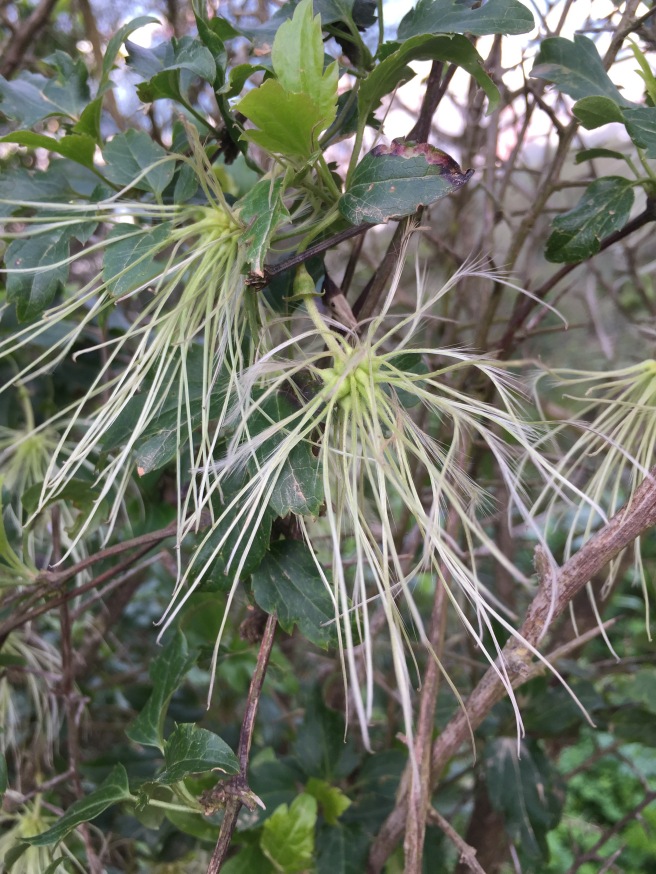 I’m linking with Nana Cathy and the appropriately named Wild Daffodil for this weekly photo challenge throughout 2017. 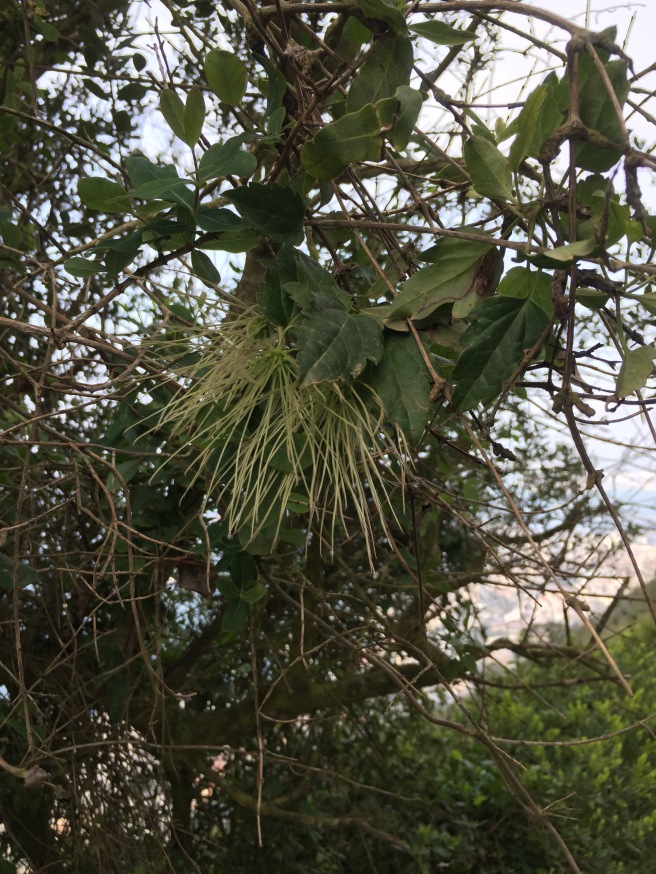