For a place which doesn’t have many gardens, Gibraltar has a fair few gates and rather impressive ones at that!

As with many other ancient cities and towns, Gibraltar’s town centre is ringed by old defensive walls. The entrances to these walls are known as ‘gates’. The one above is at Landport Tunnel, which at one time was the only way you could access Gibraltar from Spain by land (hence the name). It’s a pedestrian entrance and you can still see the chains to operate the drawbridge.

Each evening the soldiers would go around locking all the gates, and in this case, pull up the drawbridge to protect Gibraltar from any unwanted nocturnal visitors. 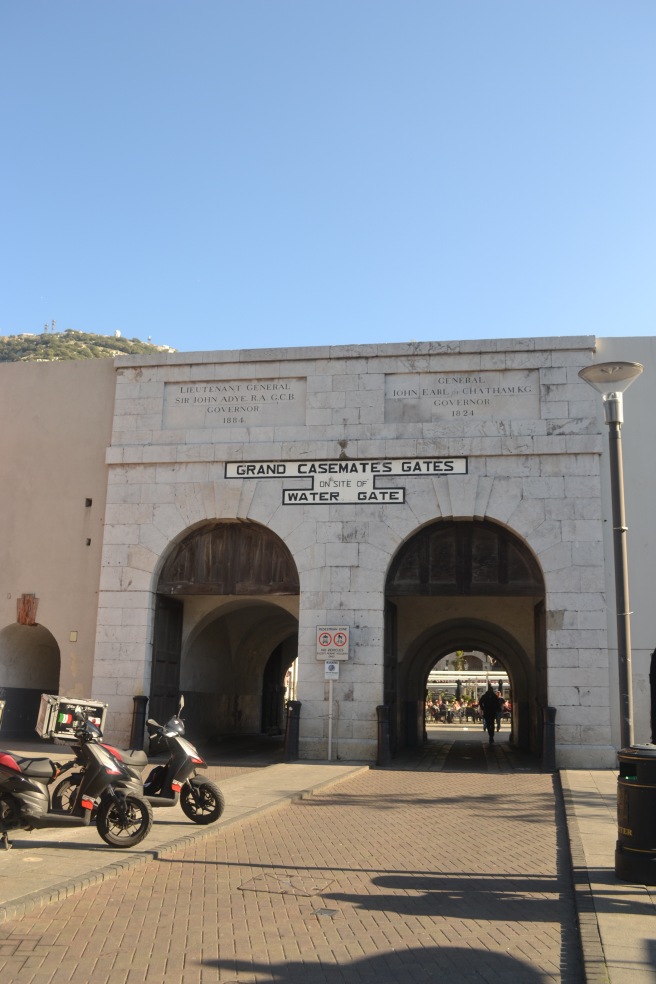 Grand Casemates Gates are at the entrance to Casemates Square. Casemates is the hub where all big community events happen in Gibraltar. Behind this impressive set of gates lies the area where New Year’s Eve, National Day, Calentita and Summer Nights events are all celebrated. The most impressive event though has to be the Ceremony of the Keys, where every six months the act of locking the gates to secure Gibraltar from it’s adversaries is reenacted.

As you can see on the sign, it was once the site of ‘Water Gate’. Boats used to moor up outside these gates and merchants would trade their wares. Hard to believe that the area where thousands of people live, work and pass through each day used to be under seawater.

At the southern end of Queensway and approximately half way down the western side of Gibraltar, lies Ragged Staff Gates. This wall was also a seawall not that terribly long ago. 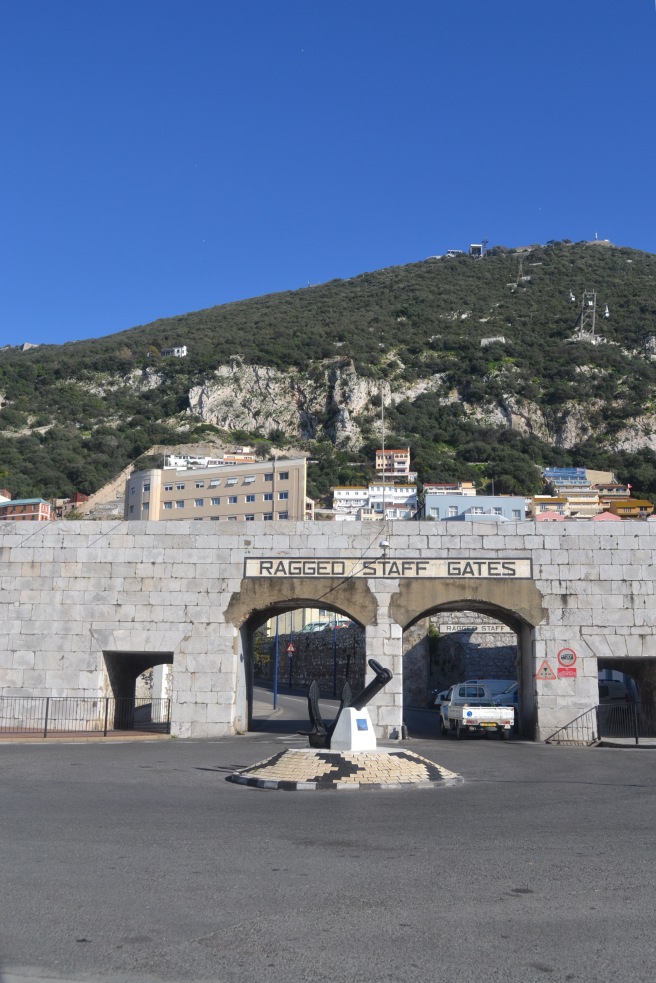 Just a short walk through Ragged Staff gates and you can see Southport gates, close to the Trafalgar Cemetery and our statue of Lord Nelson.

It once just had a much smaller pair of openings, but it was widened in the 1960s to allow two lanes of traffic through this new arch. 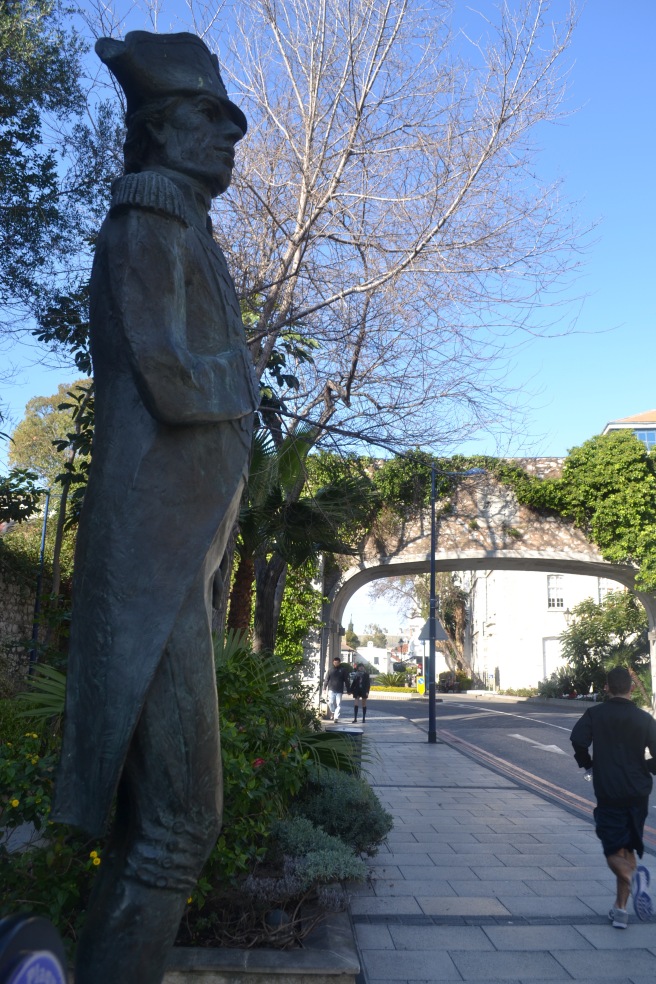 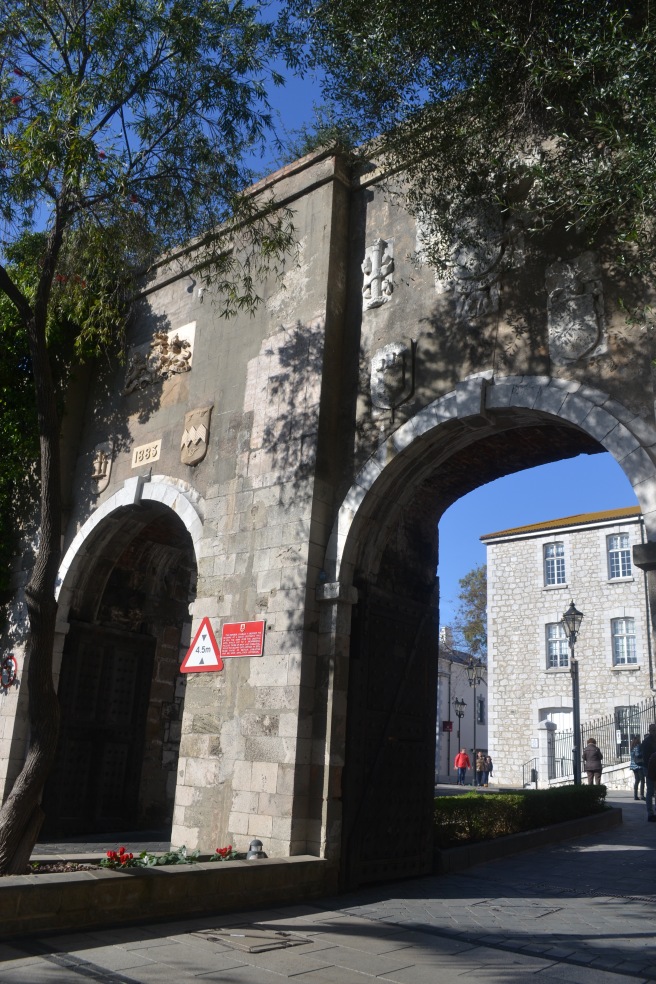 The strong wooden gates with their metal bars to lock them shut still hang in the archways. 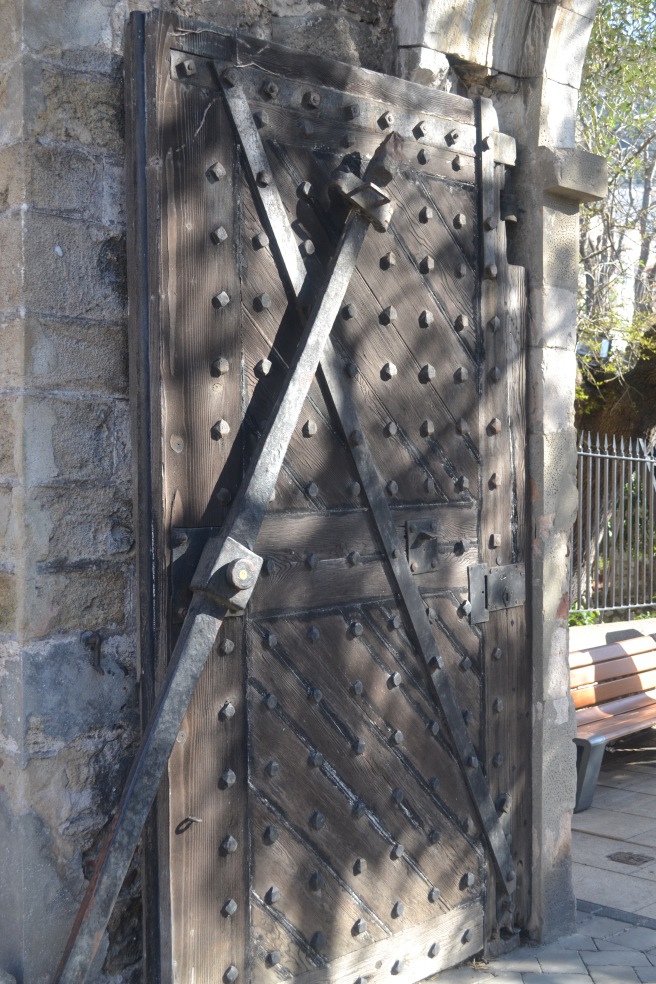 The archway is rather tight for today’s traffic, I always breathe in when I go through in the car, but amazingly Gibraltar’s very talented bus drivers whizz through, some hardly slow down!

The final historic gate I’m sharing with you lies above the beautiful Trafalgar Cemetery: 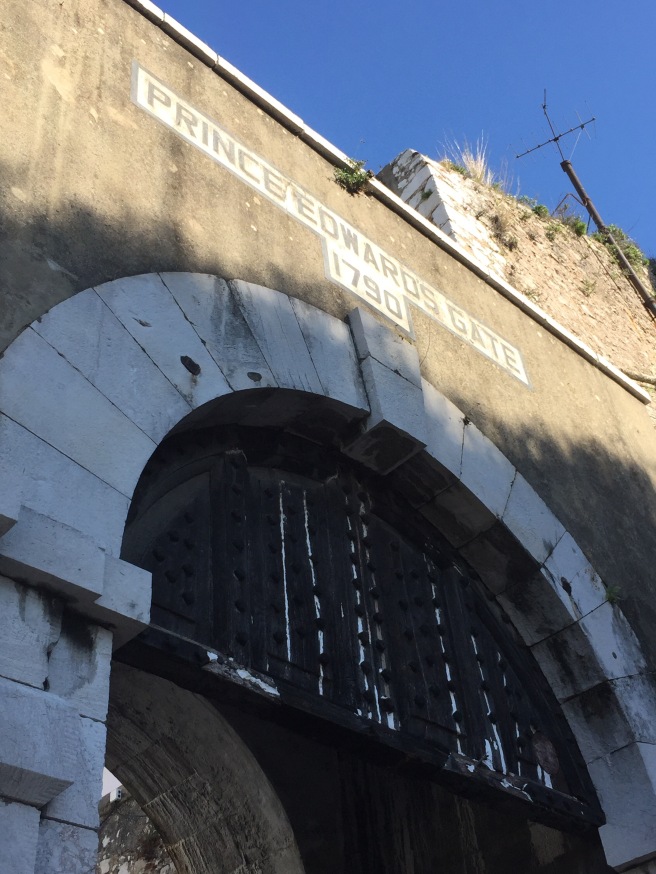 It is named after Prince Edward, the fourth son of George III, who later became the Duke of Kent and father to Queen Victoria. He was serving in Gibraltar in 1790, when the gate was cut into the King Charles V wall. 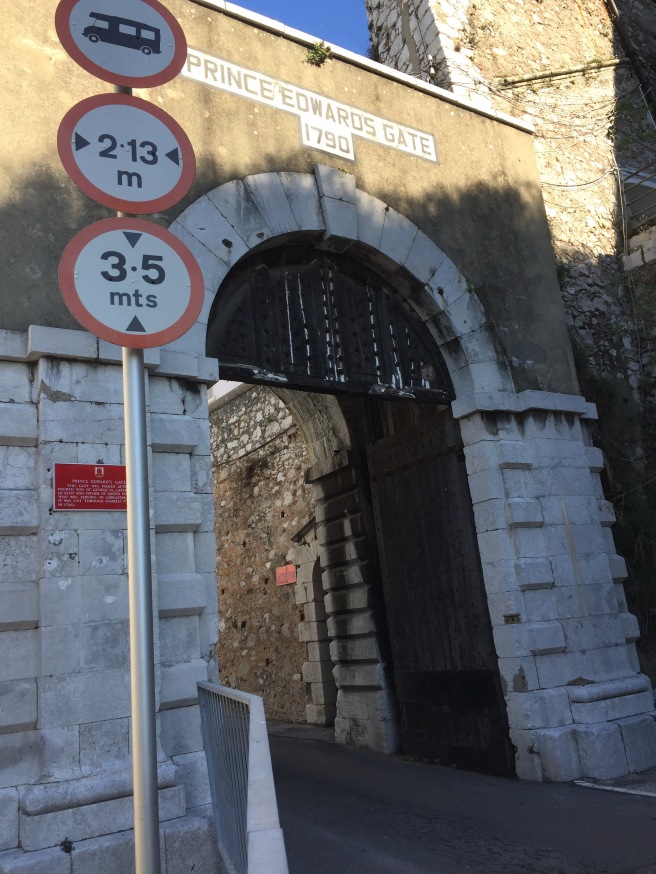 The current Prince Edward, Earl of Wessex was driven through the gate and along the name which bears his name when he visited Gibraltar in 2012 with his wife, Sophie, Countess of Wessex. They visited the Rock as part of the Queen’s Diamond Jubilee tour.

I hope you have enjoyed this peak at Gibraltar’s gates!

I’m linking with Nana Cathy for this photo challenge. If you fancy joining in, pop over to her blog to find out more.

Leave a Reply to Postcard from Gibraltar Cancel reply