I may be had up for trade descriptions on this one, it’s more of a dig around Whithams Cemetery than a walk… (and no, it’s not what you think!).

If you have followed Postcard from Gibraltar for a while, you may remember that last year I took you for a stroll along Rosia Road and down to the sea; A stroll around Gibraltar No. 12. During that walk I went slightly off piste and showed you the fascinating place that is Whithams Cenetery.

I’ve become rather bewitched by this atmospheric place since the first time I happened to look over the wall which stands above it. The large abandoned graveyard is boxed in on all sides by buildings and looked so unloved and sad yet mesmerizing to me.

Since that first time I laid eyes on it a year or two ago, I have pressed my nose up to the cemetery gates many times craning to see more of what lay inside. Over the months, it became obvious that it hadn’t been completely forgotten about as the trees were pruned back and there was evidence that some work was underway to clear the area and attempt to restore it to its former glory.

A chance conversation with a friend of mine back in November revealed that she was one of the team of volunteers who are currently trying their best to wrestle the graveyard back from the brink of ruin. I went along one morning to lend a hand and join in. 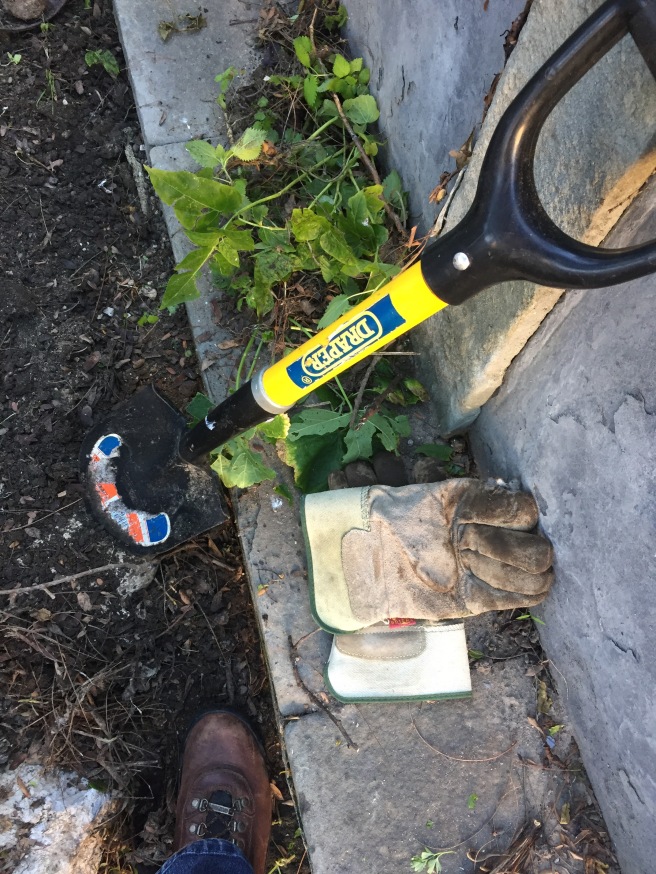 I arrived dressed for the job, in old clothes and boots, brought my own spade and gardening gloves – which are necessary as there are lots of nettles and prickly weeds (the Heritage Trust did have a supply of gloves and tools for volunteers too). 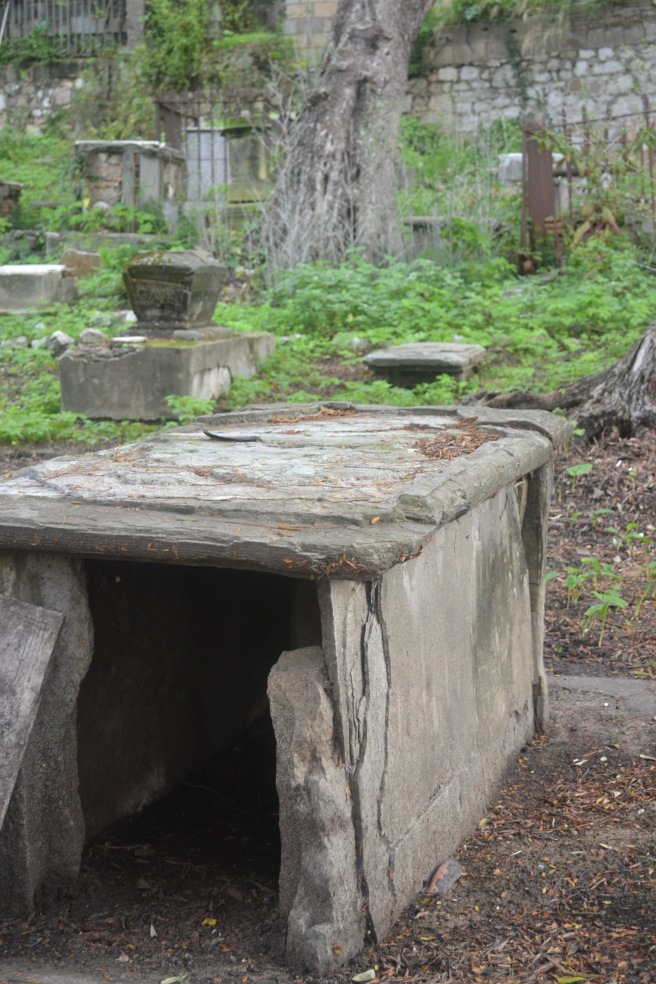 We worked for just over 2 hours in the cool morning light. Thankfully, because of it’s position, it was only starting to get really sunny as we packed up. My grave digging (joke) pal and I made great progress clearing a stretch of about 3 metres across to about 6 rows of graves deep.

The team of volunteers bagged up a large pile of sacks containing weeds and unwanted shrubs to be taken away off site. A lot of progress was made, but as it’s such a large plot and the weeds keep coming back, it’s going to take quite a few more mornings like this one.

Sadly, a lot of the graves are in a very poor state of repair and some have been vandalised in the years that the cemetery was left abandoned. The Trust is planning to use a grant to repair some of them once the clearance work has been completed. 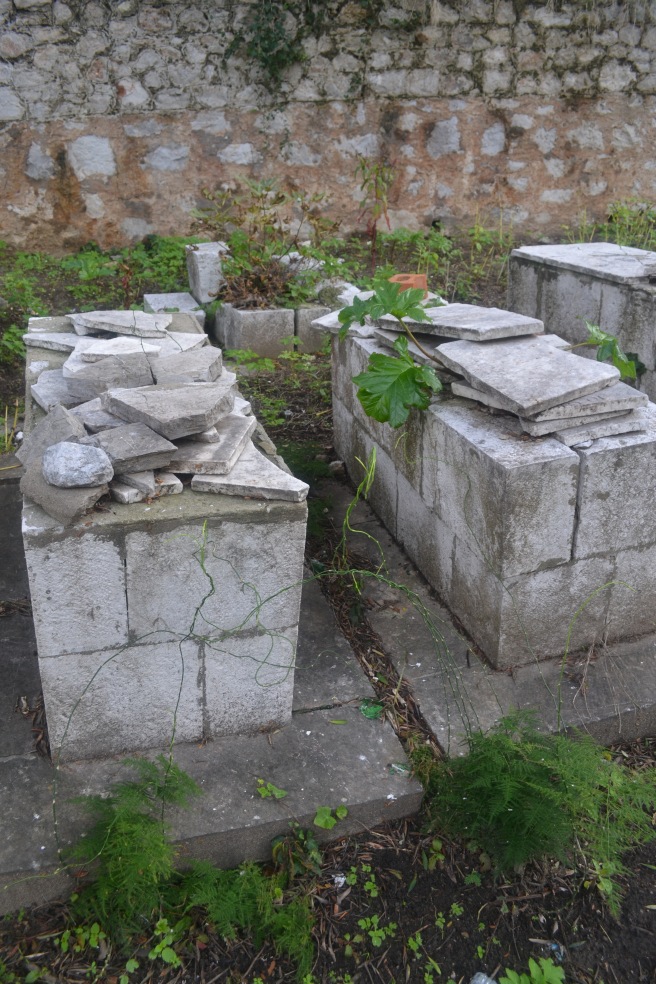 It really is a beautiful, atmospheric place, and not at all eery. 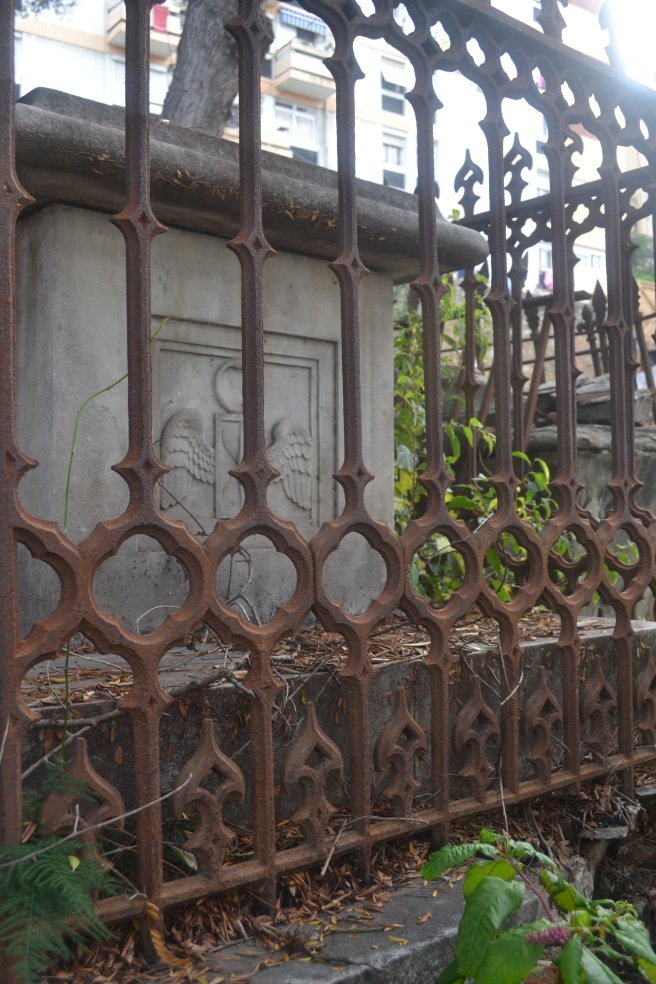 If you are in Gibraltar, are free on Monday mornings and fancy joining in with the rescue work going on at Whithams Cemetery, please get in touch with Gibraltar Heritage. You can get hold of them on: (+350) 20042844 or at their headquarters at the Main Guard in John Mackintosh Square – they would love to hear from you. 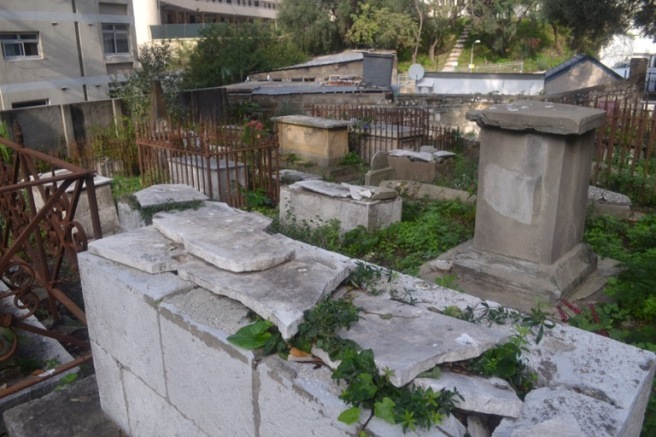 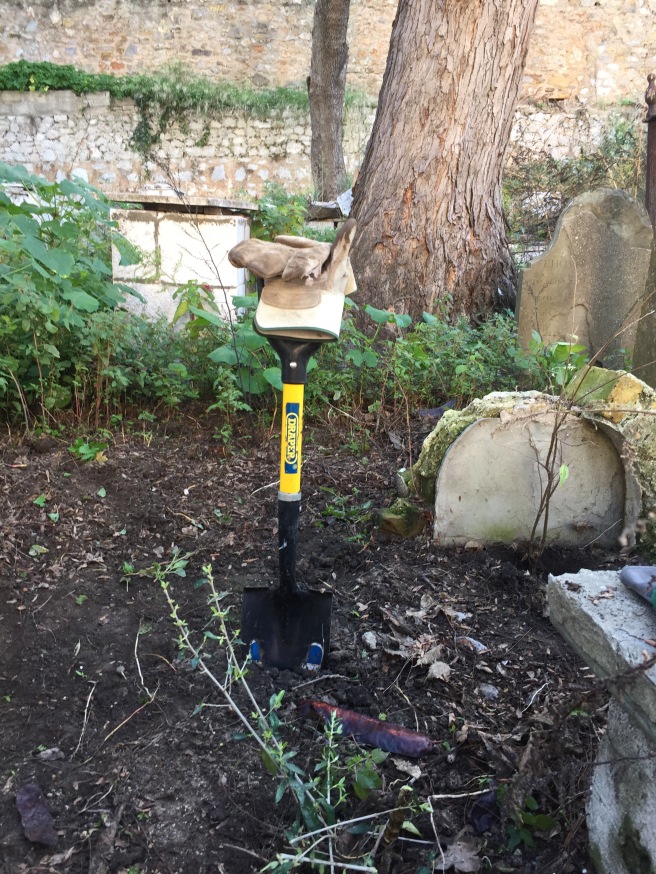 4 thoughts on “A stroll around Gibraltar No.19 : Whithams Cemetery”

💛Did you know it’s National Clean Air Day today? To celebrate, I’ve made a canary as part of the Clean Air campaign ahead of #cop26 by @craftivists 💛 Find out how you can get involved yourself in a special Instagram Live at 12:20 today by @craftivists 💛