This week’s Sunday sevens has a distinct lack of crochet and sewing, there has been a little going on behind the scenes but nothing of note. It’s been a funny old week really, the first one of the school term without any big events or visitors and I’ve felt oddly at a loose end. I’d been quite looking forward to getting back to ‘normal’ but I’m not entirely sure I enjoyed it.

I normally embrace free time and fill it with crafty things but this time I began to feel slightly guilty at having time on my hands and began a big autumnal ‘spring’ clean (for those of you who don’t know me – that’s NOT normal behavior) 😉 Next week we have plenty going on, so there’s no fear of the newly found domesticity continuing …. phew!

A spot of Sunday afternoon painting 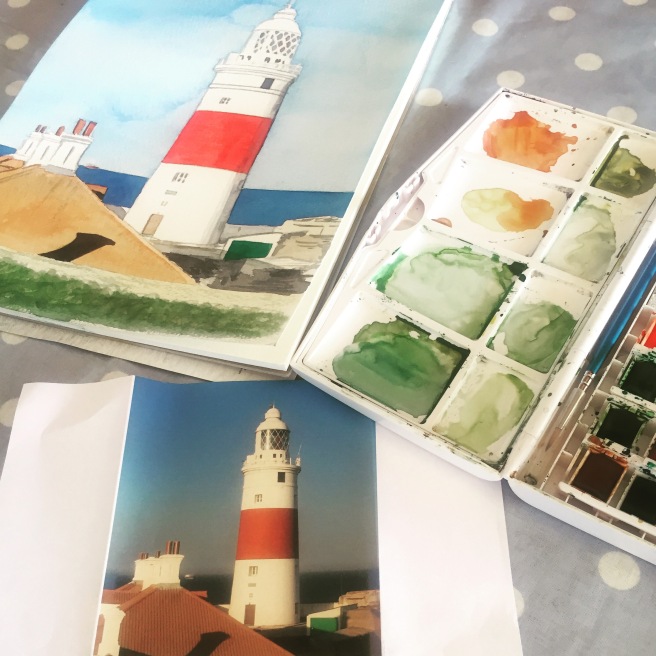 You know when you just get the urge to do something? I had the overwhelming urge on Sunday afternoon to crack out my paints and have a go at painting the Europa Point lighthouse. I’ve tried to paint it a couple of times before and it’s just not worked out right. This time, I think it did. 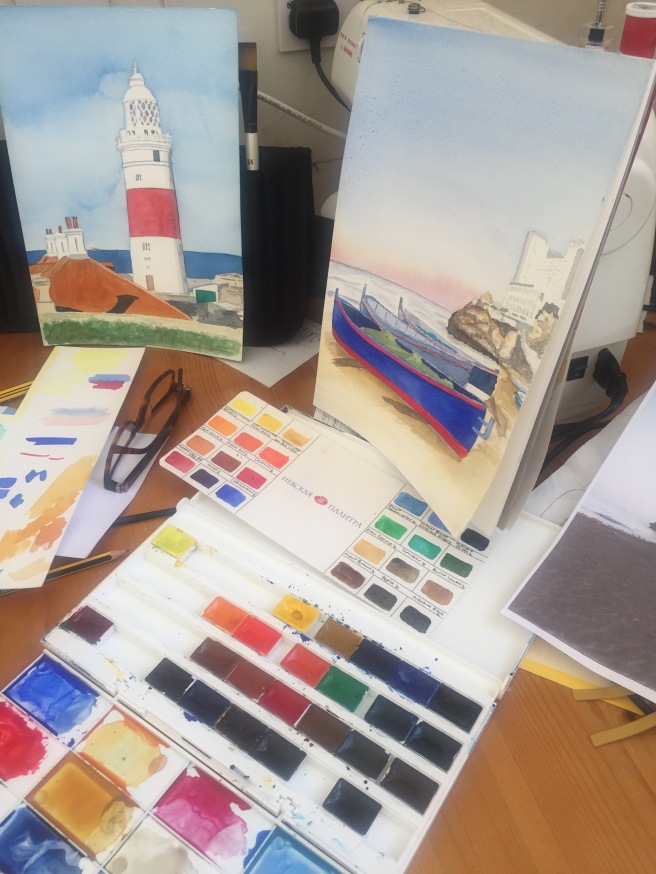 The painting bug continued into Monday. The laundry was washed and I went to the supermarket but the bathroom didn’t get cleaned and neither did the floors – whoops! When the creative urge strikes, it’s a shame not to take advantage don’t you think? 😉

I tinkered with my lighthouse picture from the day before and had a bash at Catalan Bay (using a photo I took one evening as the sun was setting). This one is still a work-in-progress… I was also supposed to be doing a bit of sewing while the kids were at school – hence the sewing machine on the kitchen table. It made a good proper-upper for my pictures though!

Boats in the bay 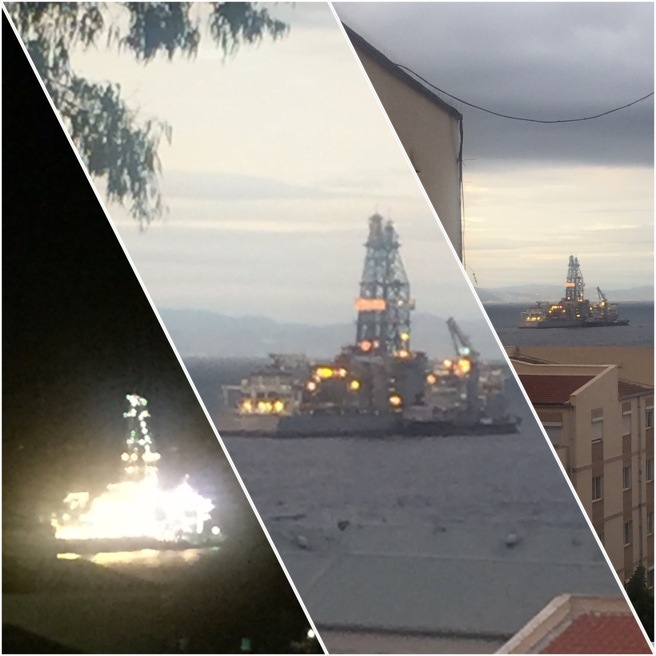 This huge boat was anchored in the Bay and was lit up like a Christmas tree on Tuesday night/Wednesday morning. I love watching the boats in the bay out of the window and from our balcony. As a family we like to look up the most interesting looking ones on Marine Traffic to find out where they’ve come from. We have visitors from all the corners of the world mooring in front of our home!

This was a drill ship registered in the Marshall Islands and it had travelled to Gibraltar from Amsterdam. 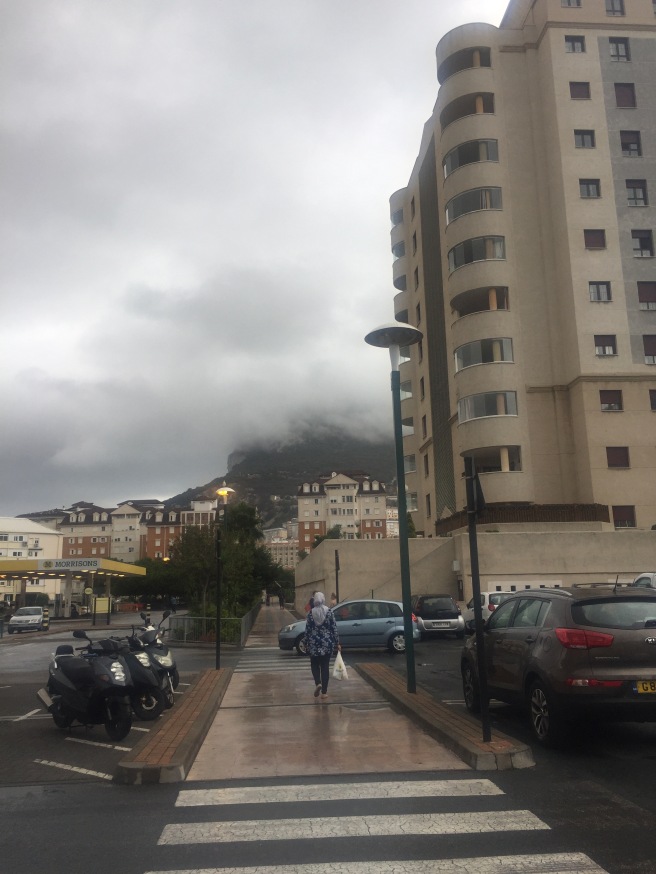 The autumn weather arrived in Gibraltar this week, the temperature dropped a bit and the rains came. There was a mad scramble on Thursday morning to dig out wellies and waterproofs ready for the school run. Normally I’d be better organised but the lovely Indian summer we’ve been enjoying had lulled me into a false sense of security! 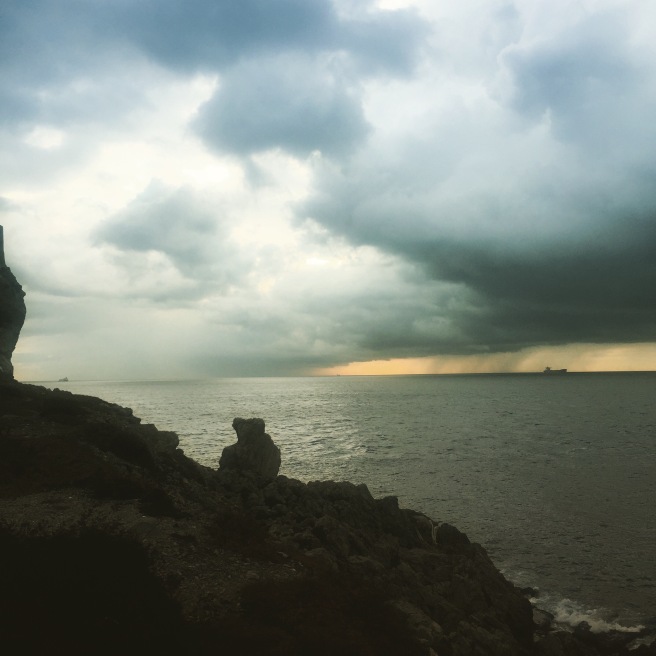 On Friday morning I got up raring to climb the Med Steps, but alas the weather scuppered my plans. I didn’t fancy slipping off the steep side of the Rock, so opted for a coastal walk instead.

Last week, fellow Gibraltar blogger Brit on the Rock  posted a photo on Instagram of a view at Europa Point which I didn’t recognise. I asked her where she’d taken it from and here is where it was. It’s a place called the Europa foreshore and it’s part of the Gibraltar Nature Reserve.

I stood looking out to sea and watched the next rain shower swiftly coming across the Straits towards me. It was fascinating to watch the clouds scudding across the sky and I was lost in the moment for a while before I suddenly realised that I needed to get a move on and head home before getting well and truly drenched!

An afternoon in Spain 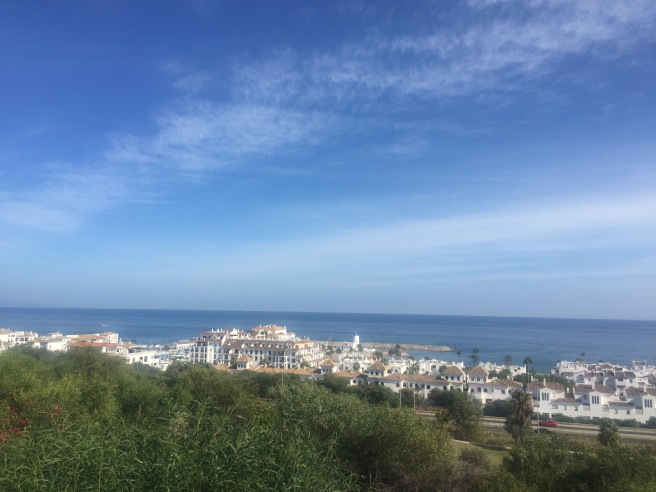 Yesterday, the weather was much better and we headed across the border to Duquesa where some special people were waiting for us. My brother, his fiancée and her family had arrived for a short holiday the night before. We had a lovely long afternoon in the garden of the villa they’d rented for their stay.

The Little Postcards played in the pool and we enjoyed a barbecue and lots of catching up. This was the magnificent view from the garden out towards the Mediterranean- just lovely.

We got this lovely view of the Rock on our way back home. 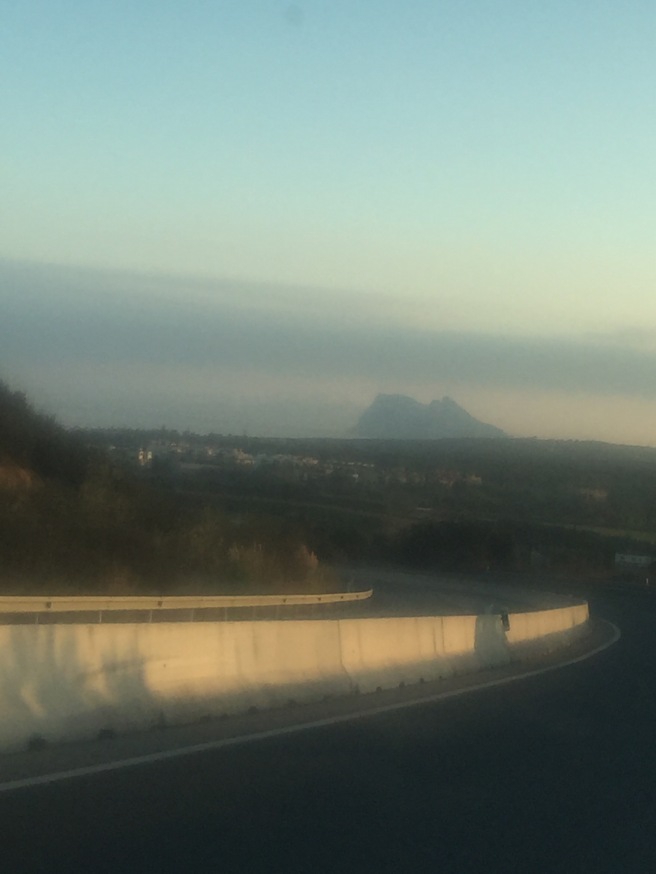 If you’re reading this in Gibraltar, and you have yet to purchase your Christmas cards, please consider supporting this very worthy cause. Babystepps is a very important charity supporting parents through early parenthood and pregnancy here in Gibraltar. Thank you 🙂 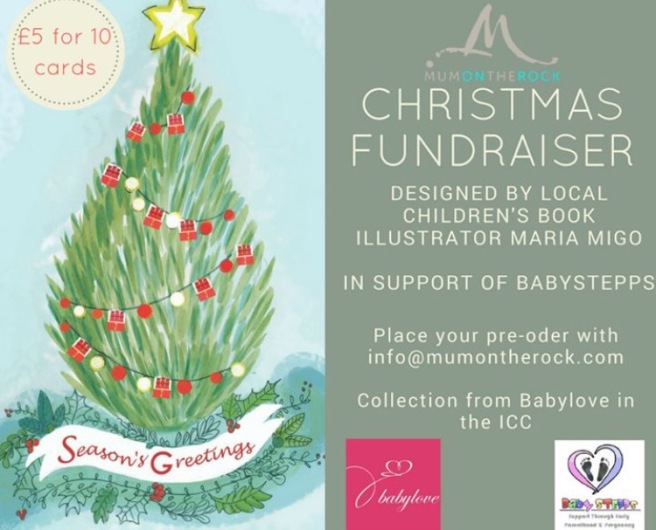 Sunday Sevens is a weekly blog series created by Natalie at Threads & Bobbins blog. Pop over to her blog to find out how to join in. 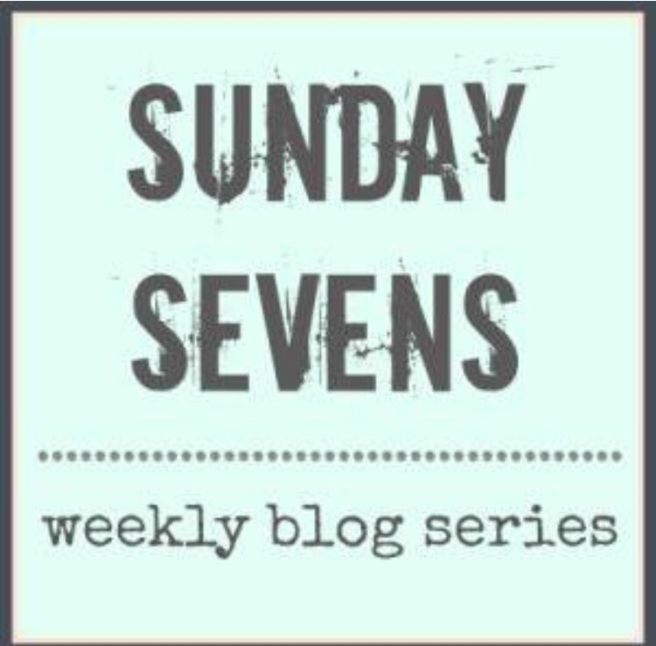 📚Happy World Book Day!📚 This year, because of lockdown, I was let off from having to create a last-minute, hideously complicated, obscure character costume and simply facilitate the decoration of a vegetable! 🎧🥔🎙 Meet ‘Radio Spud’ the sweet potato version of Christian O’Connell’s Radio Boy aka Spike (Spud) Hughes. 🎧🥔🎙(Utterly fabulous kids stories by the way, very much enjoyed by a radio geek mother who would love a radio studio in my garden shed - can you see why we have them in our library?!) 📚@mrchristianoconnell #radioboy #radiospud #spikehughes #spudhughes #worldbookday2021 #worldbookday #wbd