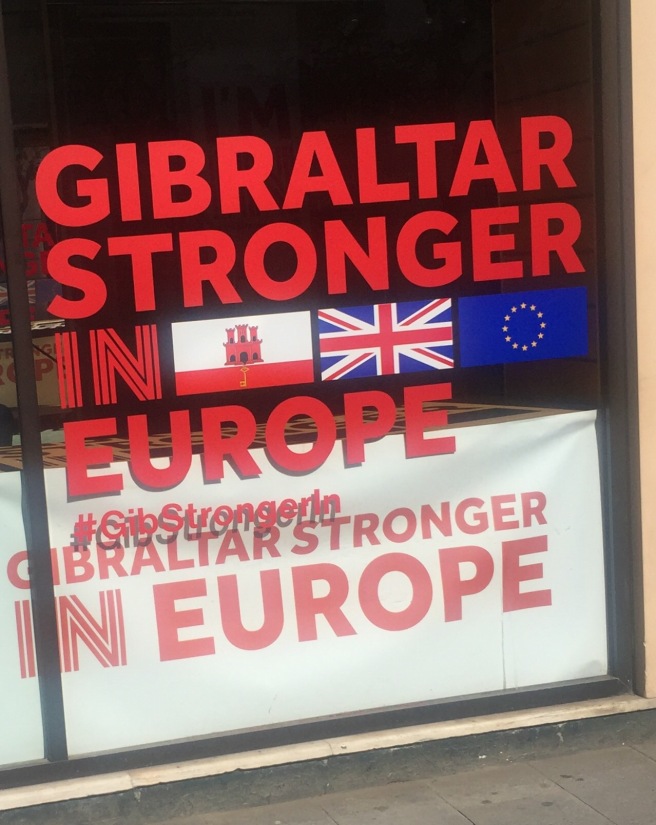 Wow I really didn’t see that coming. I went to bed last night expecting to wake up a fully paid up member of the EU. I feel so shocked and sad that things have turned out the way they have.

Gibraltar got a bit of coverage during the Referendum campaigning with major international news organisations coming over to gauge the mood here. Even I got interviewed by the BBC (not an everyday occurrence in my world). For those of you who live beyond the shores of Gibraltar, you may already know that for us the impact of a Brexit is huge, but here’s a brief outline of what concerns us at the moment.

Apart from voters in Northern Ireland, we are closer than most other UK citizens to Europe. We can see it from our windows, it’s literally on our doorstep in the form of our nearest neighbour, Spain. By staying in the EU, Gibraltarians believed their rights would be much better protected by European law – particularly in relation to the border. In recent weeks there have been threats in the Spanish media that if Brexit were to happen, the land border we share with Spain would be closed. We are now left wondering whether that will become a reality?

For Gibraltarians it isn’t an idle threat, the border was closed by General Franco in 1969 and remained blocked for 13 years. During the time of the frontier closure families were split up and kept apart. The only way to get over to Spain was to catch a ferry to another continent (Africa)  and then get a second one across to Spain.

If a border closure were to happen again it would impact on all of us living here and a great many on the other side of the border. Thousands of people who work in Gibraltar live in Spain. Plus there’s the everyday basics like how do you get food into the shops if your only land border is closed?

During the years of the closed border, Morocco came to the aid of the people of Gibraltar. Many Moroccans came here to work and filled the gaps left by the cross-border Spanish workers. Morocco also became a major source of food and supplies during the years of the closed frontier. A lot of the families who came here remain in Gibraltar and add to the diverse and tolerant community we enjoy today.

In the hours since the news of the Leave result broke there has been much debate about what will happen next, some of it coming from across the border. Spain is reported to be reinforcing it’s belief that sovereignty of the Rock belongs to them and not Britain.

Last week, David Cameron felt it important enough to give Gibraltar it’s first Prime Ministerial visit since 1968. One week before polling day, he became the first serving British Prime Minister to visit the Rock since Harold Wilson. What’s more significant is that he is the first one ever to come specifically to discuss an issue which directly affects Gibraltar. 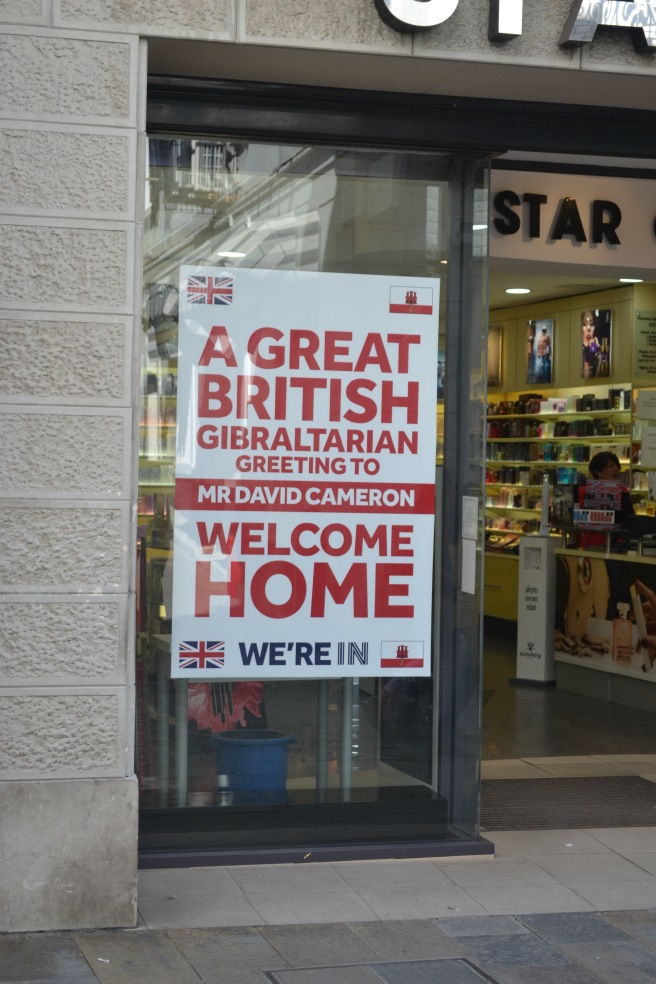 Over 24,100 Gibraltar residents registered to vote in the EU referendum and many turned out last week to see the Prime Minister and hear what he had to say. He flew in by private jet and held talks with local decision makers. A reasonably large press pack came too. 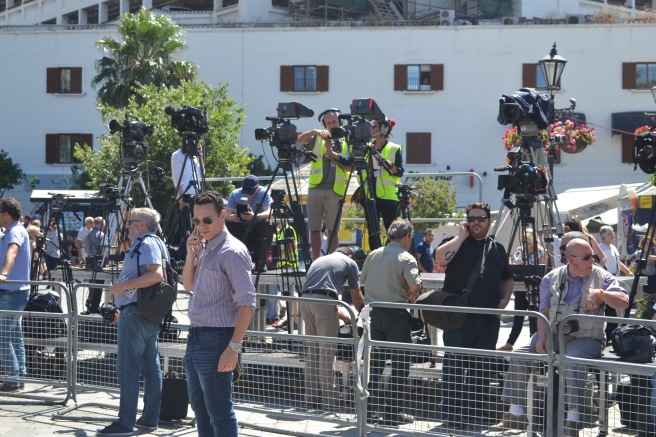 There was a real buzz in the air and many people from all walks of life turned out to see what the PM had to say about Gibraltar and about Europe. The Chief Minister of Gibraltar, Fabian Picardo called on everyone to come down to Casemates Square and give our visitor “the greatest ever Gibraltarian welcome”. 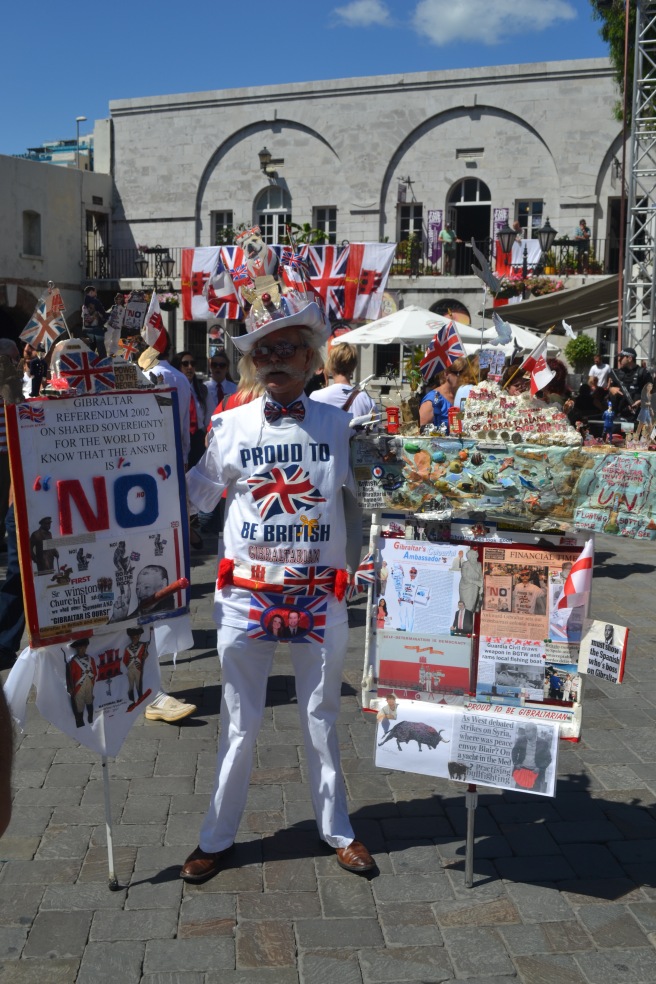 Very sadly, the rally which we had all turned up for was cancelled at the last minute due to the awful attack on Labour MP Jo Cox in the north of England. As news filtered through about the shocking events in West Yorkshire and the fact that campaigning was to be suspended as a mark of respect, the crowds began to drift away from Casemates Square. The fizzing excitement of moments before gave way to a stunned disappointment and shock.

During his visit, David Cameron met with senior local politicians and it’s reported that discussions covered both possible referendum outcomes and what it would mean for the UK’s responsibilities to Gibraltar. Whether those assurances still hold once he has left his post in October remains to be seen.

One week on and 84% of the Gibraltar electorate turned out to vote in the EU Referendum. 96% of those voters chose the option to remain in the EU. Last night I thought it was a marvellous example of democracy at work, not that it helped us a great deal.

This morning on the school run many of the parents were bleary eyed after staying up much of the night to watch the results come in. Clutching strong coffees and shaking their heads in disbelief there was a real air of despondency and worry about what the future holds for us here on the Rock.

One father joked that he might as well just sell his car as trips to Spain could be about to get tricky. A mother who works for a UK gaming company said that her firm’s HR department were holding emergency talks this morning to try and figure out how to help their many cross-border workers should there be tensions at the border. They didn’t have a plan in place because they didn’t believe it would happen. Fears about the local job market were voiced, while others discussed whether their summer holidays to Europe would now require them to have a visa. 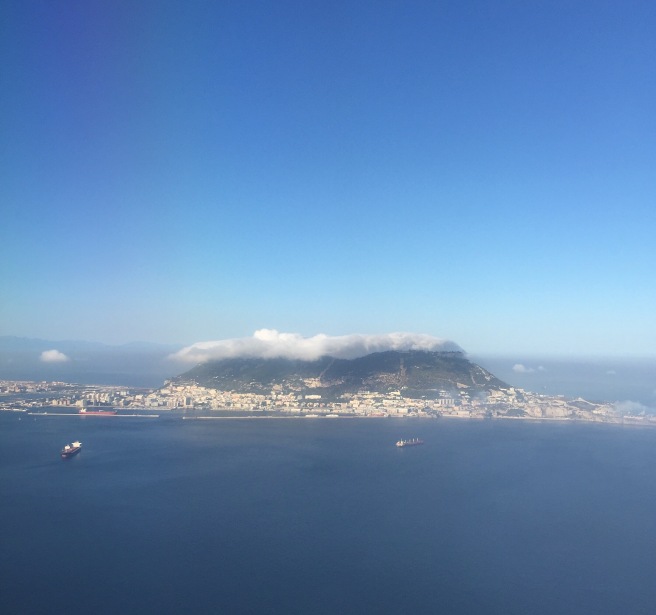 No one knows what the future holds for the UK as a whole following this referendum result but for those of us at the southern most tip of Europe, we feel we are very much at the sharp end. Gibraltar woke up under a cloud this morning, and for once it wasn’t caused by the usual levanter winds, this one was sent by the UK electorate.