Unless you are completely new to this blog, you will no doubt be aware I have a rather daunting event on the horizon. Along with two friends, I am planning to climb the Med Steps to the top of the Rock of Gibraltar 5 times as part of the Med Steps 5 Challenge on Saturday. For those of you who have never had the pleasure of taking this rather scenic, steep walk, I thought I’d take you along with me. You won’t need your trainers though – I’ve done the hard work! 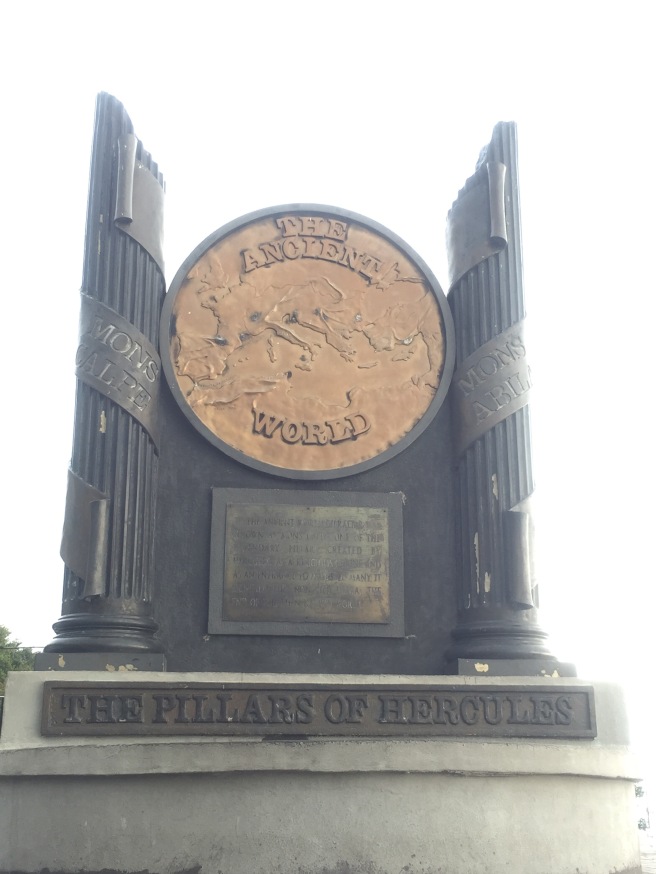 The length of the walk from it’s beginning at Jews’ Gate on the southern edge of the Upper Rock Nature Reserve (just opposite the monument to the Pillars of Hercules) to the summit (close to O’Hara’s Battery) is 1400 metres. At it’s start, you are 180 metres above sea level, at it’s summit, you are 419 metres above the waves below – that’s a climb of 239 metres.

It runs round the southern edge of the nature reserve and then along the eastern side of the Rock on narrow rocky paths and steps up along the cliff face.

Just next to the Jewish Cemetery and bird observatory is a flight of steps leading the way into a small wooded area.

The path winds gently up hill before opening out to offer a great view across the top of Europa Point, and the northern coast of Africa across the Strait of Gibraltar.

Close to here is Martin’s Cave the roosting and breeding site for rare bats.

The path takes a downward turn down several steps before levelling out to a beautiful path lined at the moment with wild flowers.

Then the Med Steps begin in ernest. They are rather irregular in size, some man made, others just appear to be lumps of rock. Some take the size of ‘normal’ stairs, others are well over 30cm deep. Approximately half way up this first set of steps is the Goats Hair Twin Caves.

Excavations during the 1970s found evidence here that suggests prehistoric man once lived there. It’s believed that many years ago, these caves were actually at sea level.

Just above the caves, there are several old military buildings serving as a reminder to the role the Rock played during World War II. 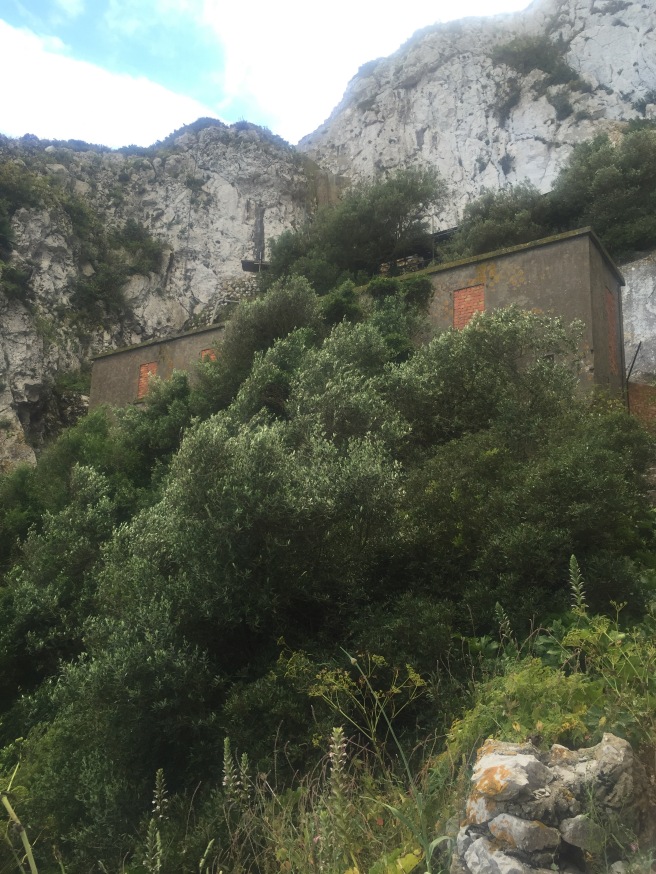 At the top of this climb the path takes us through a small tunnel which offers much needed shade and a chance to take a breather. 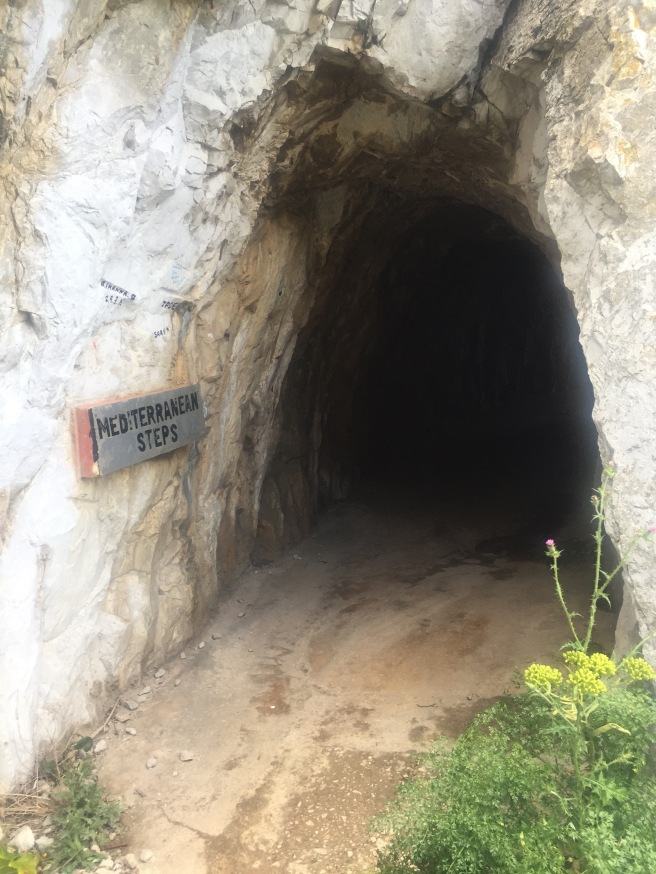 It’s at this point that you often see seagulls sitting on the path, they look most put out as you approach and they feel the need to move. Clearly they are making the most of the peace and quiet and taking in the view! I have also seen a couple of native Barbary Partridges near here too, I believe Peregrine Falcons are a relatively common sight as well, but I can’t say I’ve seen any. 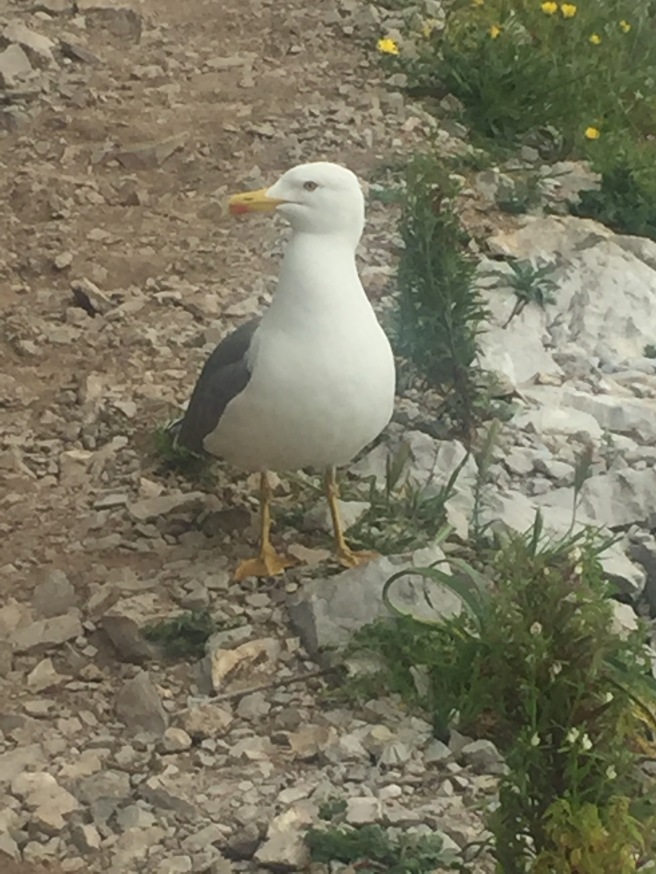 A little further along here and you end up on a great viewing platform which affords a fantastic view on a clear day along the eastern side of Gibraltar, across the runway and north towards the Spanish Costa del Sol.

A few metres back from this and the rocky path takes you onwards and upwards towards our goal. 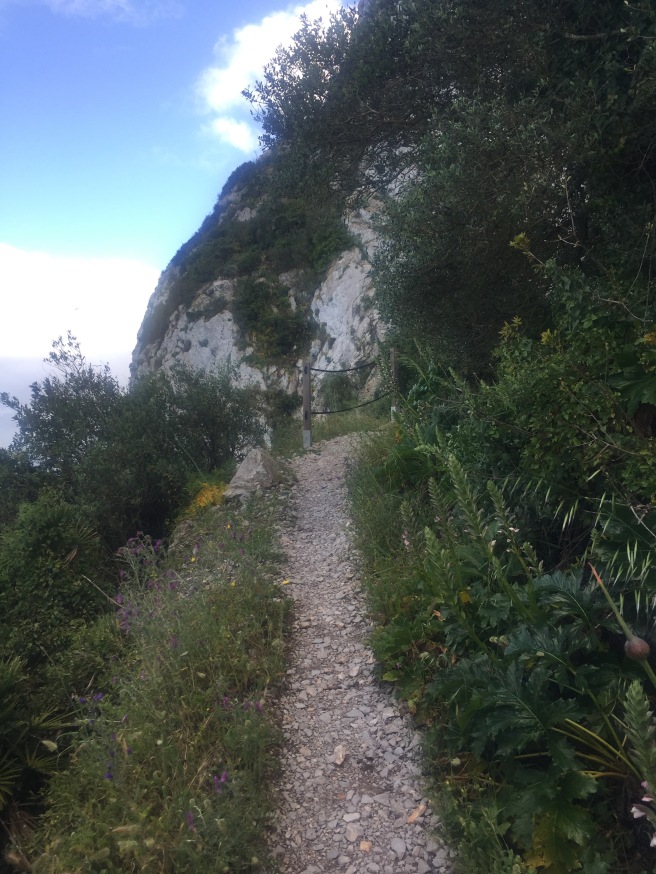 This part of the walk is particularly verdant and it was along here that I saw one of Gibraltar’s national plants, the Gibraltar Candytuft for the first time a few weeks ago.

There are several other plant species native to the Rock which can be found in this area, the Gibraltar Thyme, Gibraltar Campion, Gibraltar Chickweed and Gibraltar Saxifrage to be precise.

The walk continues meandering back and to along the side of the Rock with several more flights of stairs here and there until you find yourself at the foot of the cliff where there are 15 flights of steps zig zagging up the rocky face leading to the summit. (In my opinion; the killer part).

Up you climb, up and up.

I love seeing this ‘seat’ carved into the rock. Every time I see it, I think of my Dad who walked up the steps with my Mum and me a couple of years ago. He stopped here for a rest. If I’m still fit enough to climb the Med Steps when I’m in my seventies, I’ll be more than happy! 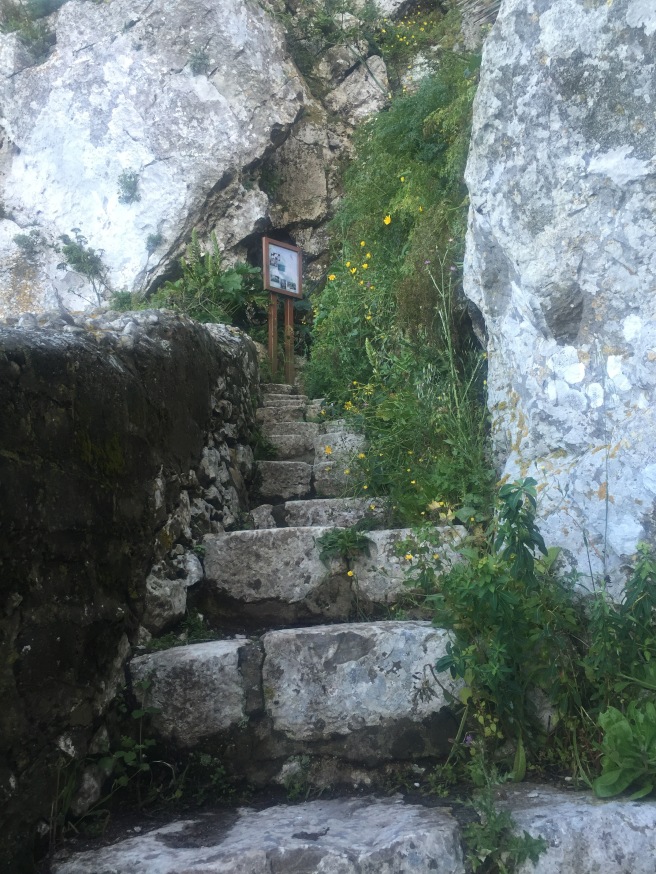 Just two more flights and we’re at the top – Hurrah!!! 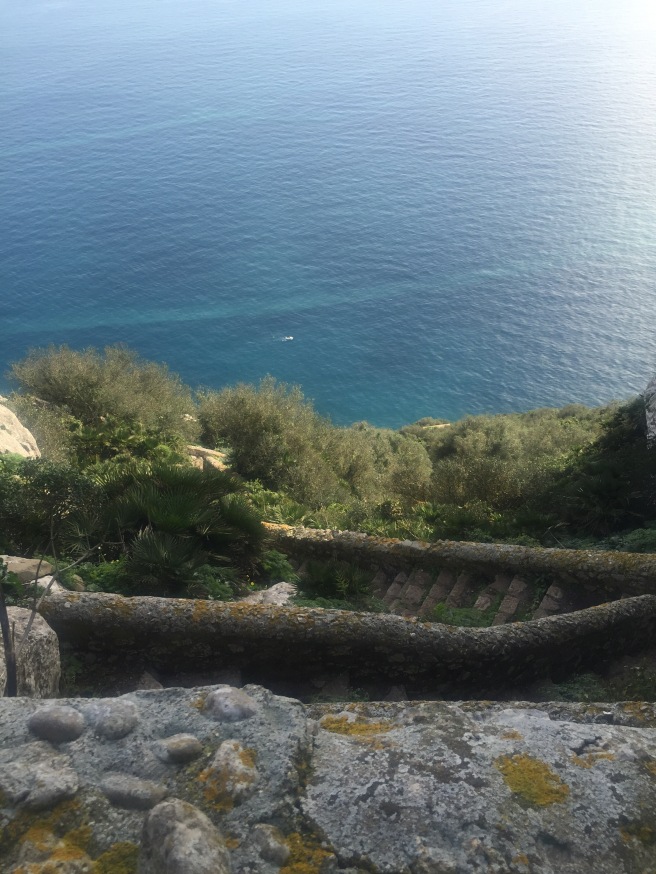 I may have lost count due to exhaustion but I think I counted 595 man made steps up to the top (I didn’t count the extra natural rocky steps or the ones which rather annoyingly take you downwards before the main climb).

So we’re at the top, time to give yourself a pat on the back and take in that magnificent view.

It’s now time to head down the military road which zig zags down the western side of the Rock past St Michael’s Cave and back to Jews’ Gate again. Just another 4 times round and then we can stop for a cup of tea – wish us luck!!

All information is courtesy of the GONHS