Sunday Sevens is a weekly blog series created by Natalie at the  Threads & Bobbins  blog. It features seven photos from the past seven days. If you would like to join in, pop over to her blog to find out more.

You may remember that in last week’s Sunday Sevens I had a rather dramatic photo of the waves crashing onto the rocks at Europa Point. Well, that stormy weather whipped up a lot of Saharan dust and on Sunday we were treated to a rather murky and strangely atmospheric day. We decided to go to the cinema in the afternoon and walked across the grass at Commonwealth Park on our way home. All our shoes were coated in orange dust by the time we got to the car. The car was pretty orange too – so glad I washed it at the end of last week!

In my home furnishings class this week we began to make a curtain valance which  will be attached to a small pair of matching curtains. I love this cute boat fabric – I got it in a sale (even better). I’ve been working on my curtains as homework but they are proving to be problematic- I measured them and cut them accurately. Then I measured my seam allowance exactly and pinned the seams. Then when I remeasured them before machining them they were wonky and the measurements were way out. They have been put away in disgust…


And so it begins…

In my dressmaking class I cut out the fabric for my full circle skirt. I love it so much – it has flowers embroidered on it in coordinating thread which you can’t see in the above picture. I have done my back seam and inserted my zip already. Just need to finish the waistband and hem and it’s sorted. I had a lot more success in this class than with my curtains! 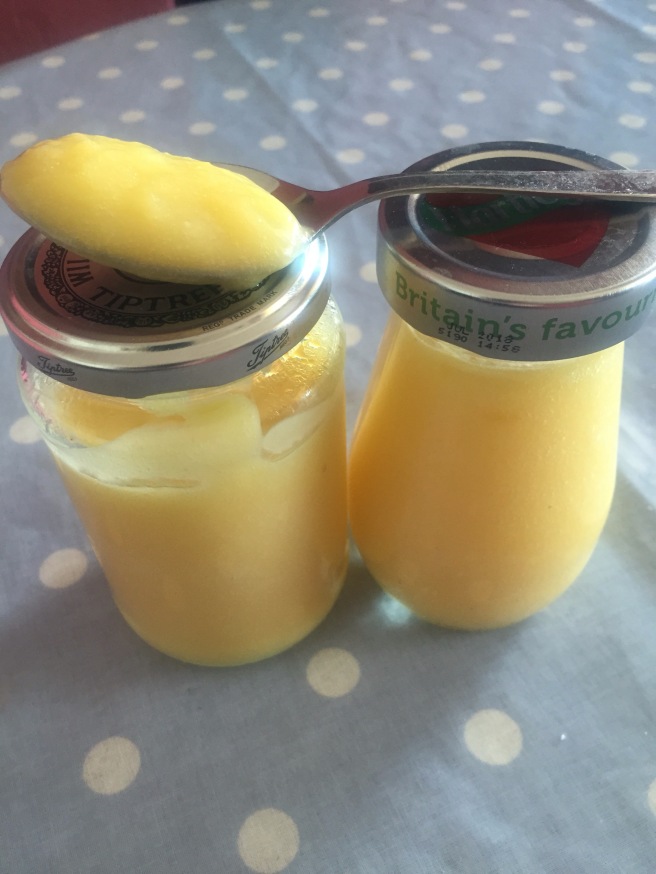 We are lucky enough to be able to grow lemons on our back patio. Last year with our homegrown ones and a few gifted to us by friends & neighbours I ended up with a bit of a glut so made some lemon curd. I had never tasted it before that first time making it – it was delicious. So, as I found myself with rather a lot of lemons in the fruit bowl this week I thought I’d have another go. This photo doesn’t do it justice, believe me when I say it’s glorious. 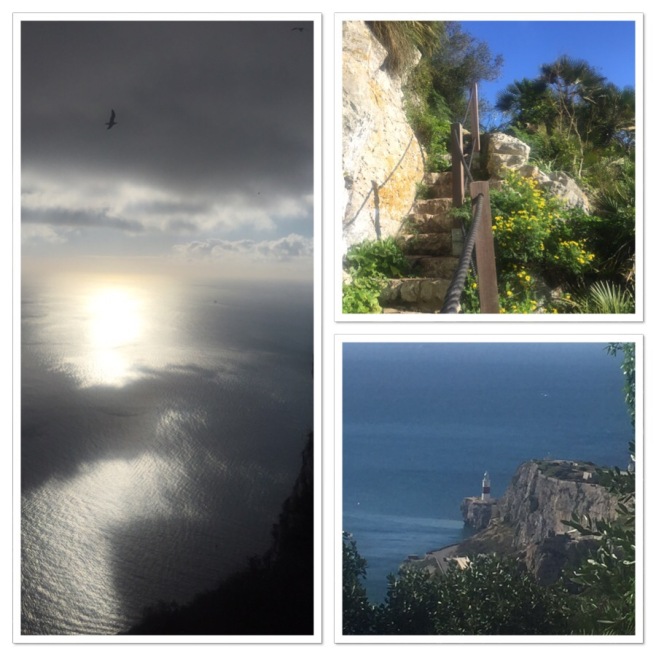 Due to poorly children and wild weather conditions I haven’t made it up the Med Steps for a whole month. This week, though, accompanied by two crazy friends, we restarted our training for the Med Steps Challenge (which involves climbing them 5 times in the one day – yes I know, utter madness). Anyway, we set off and it was rather hard work after 4 weeks without training. It was a foregone conclusion that we would do it twice and at the end of the second circuit we were feeling pretty energized so decided to have a go at a third trip up – BIG MISTAKE. Cor blimey it was tough. If I hadn’t have been with my training buddies I truly would have laid down part way up and finished it on my hands and knees. It was utterly exhausting. I got home and only had the energy to kick off my shoes before flopping on the bed and falling asleep for over an hour!! I’ve been feeling like a very old woman ever since. Any pleasure at having completed the 3 circuits in 2 hours 50 minutes has been overshadowed with the terror of wondering how awful number 4 & number 5 will be… Anyway the above photos were taken one on each trip up the steps. I took loads of photos on the third trip just for an excuse to stop!! 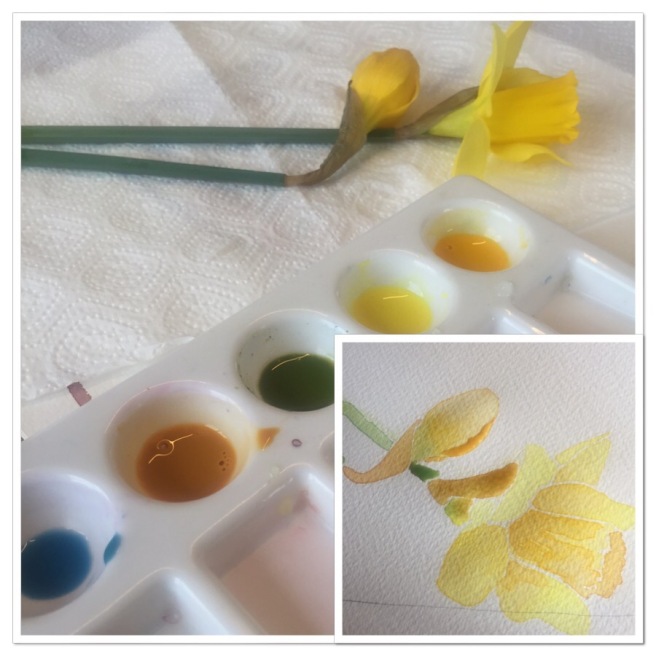 This week at my watercolour class I was planning to begin my next architectural painting. However, when I arrived for my lesson, my teacher had a beautiful vase of  daffodils in the middle of the table and I decided to put the ‘window’ picture off until next week and have a stab at the daffs. I’ve had some successes with painting flowers so I somewhat arrogantly thought ‘how hard can this be?’. How wrong I was – they are flipping hard in spite of their relatively simple shape. Perhaps their apparent simplicity is the hard part as they can very easily look out of proportion. They are gorgeous ‘spring-y’ colours though :-). 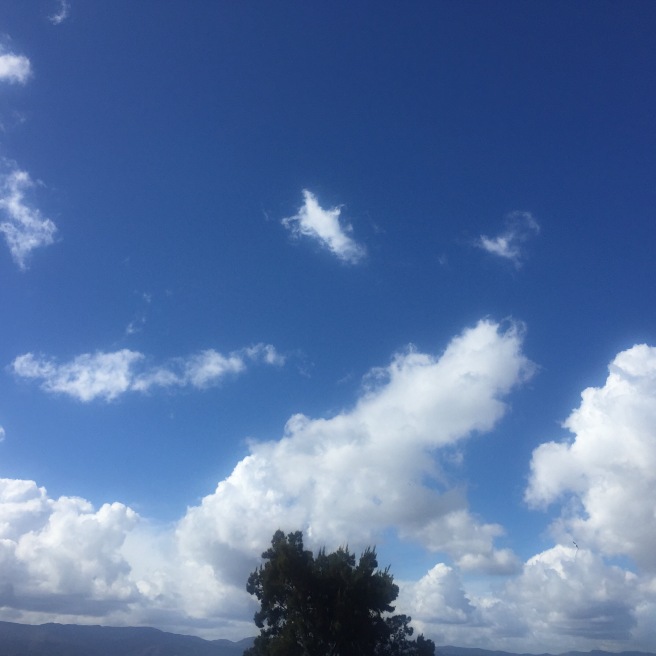 Yesterday we enjoyed beautiful skies after the morning’s showers had cleared away. I think fluffy clouds like this against the blue are so beautiful.
I’ve had a great week, although looking back through this post I realise I sound a bit moany as a few things were harder than expected – I don’t mean to be! I do hope the week has been good for you too. Thank you for stopping by and for those of you who take the time to leave a comment – thank you, it’s lovely to hear from you. 🙂