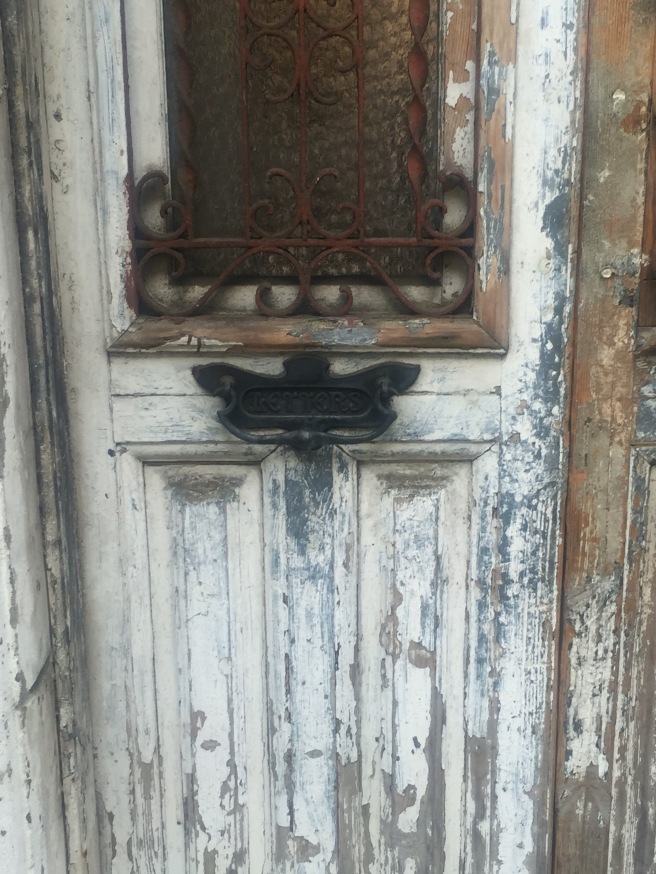 A door is such an important part of the personality of a building don’t you think? Here in Gibraltar we’re surrounded by beautiful colonial buildings and in many cases they have kept their original style of doors if not their actual original doors. If you’ve seen any of my previous ‘strolls’ you’ll know I have a bit of a thing about the older style of buildings here and I like the look of a slightly neglected window/door/façade. I must, however, reinforce the fact that although I am partial to taking photos of things which are perhaps a little shabby, it’s done with respect and Gibraltar has many new, shiny and well maintained doors too :-). Cue the freshly painted door…. 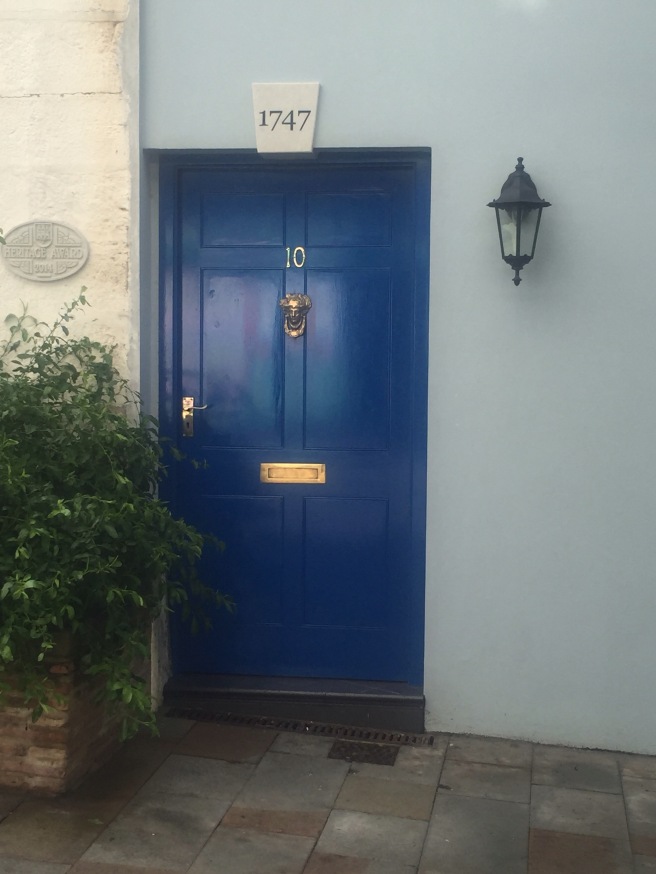 Look at the shine on that fresh gloss paint! I do like that shade of blue very much, reminds me of my old school blazer!

Many of the front doors of buildings here feature a beautiful decorative metal panel above the door (presumably to allow a cool breeze into the hallway behind in the heat of the summer). There are so many examples of this around town. 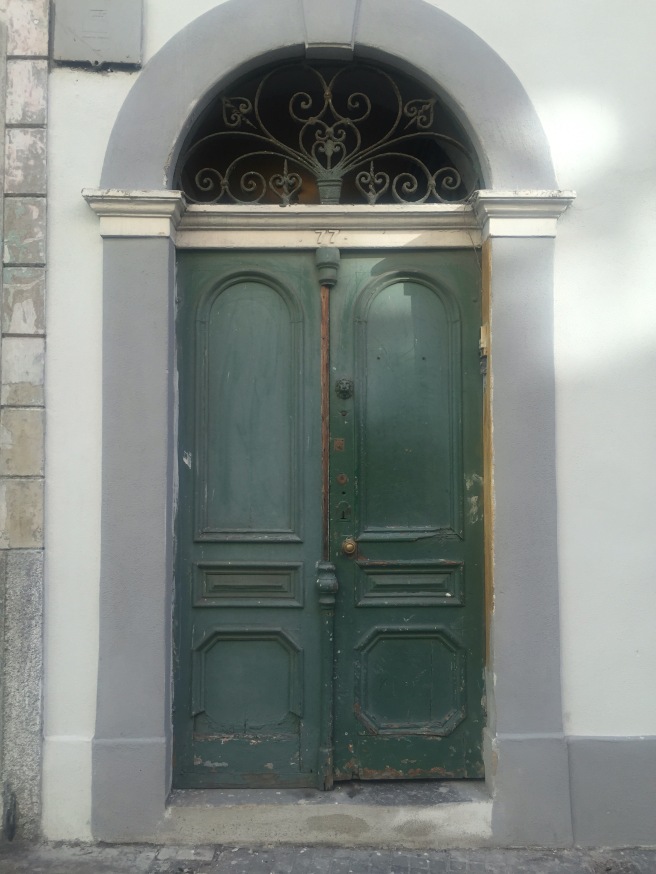 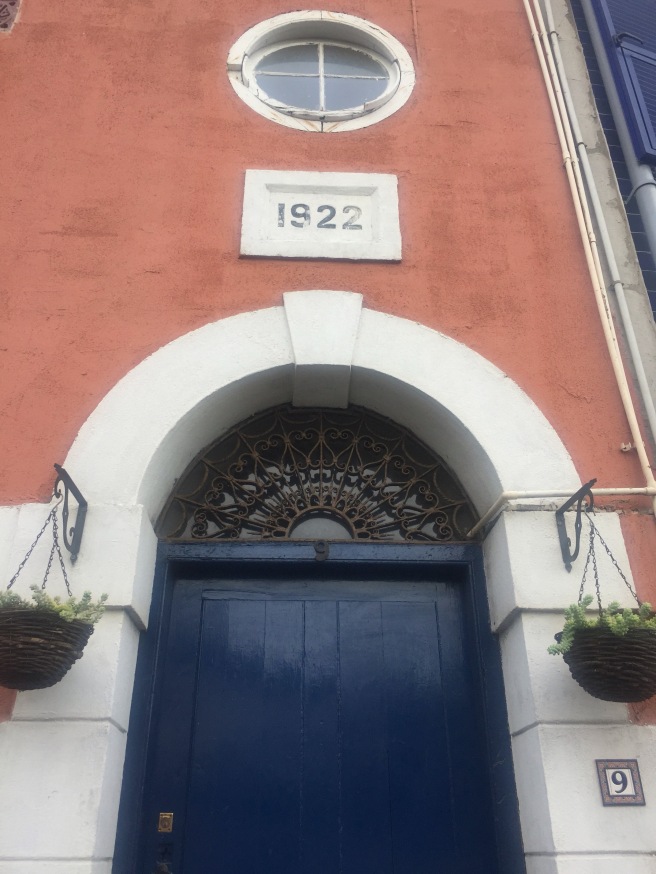 These two doorways (above & below) have got glass behind the metalwork, I presume that’s a relatively recent addition. The one below is on a rather narrow road with a non-existent pavement, the scratches in the stonework are caused by passing lorries which passed a little too closely. 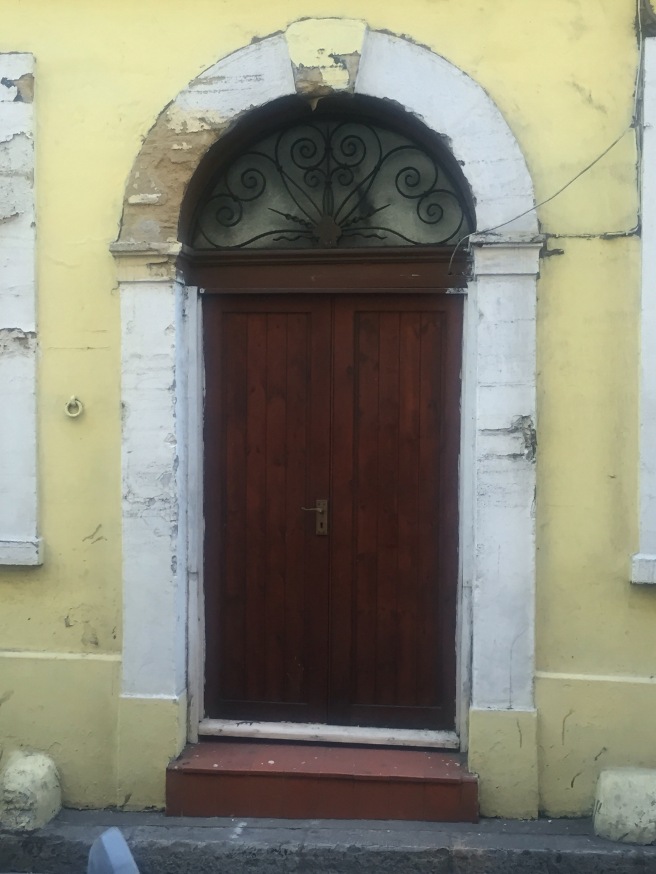 Isn’t this a fab paint job? I love the magenta/purple door surround! 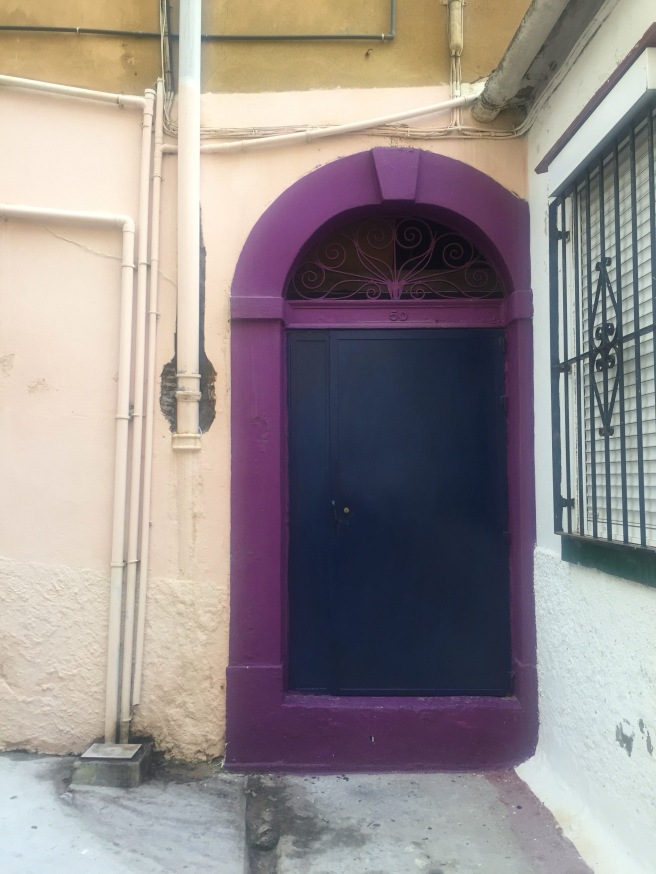 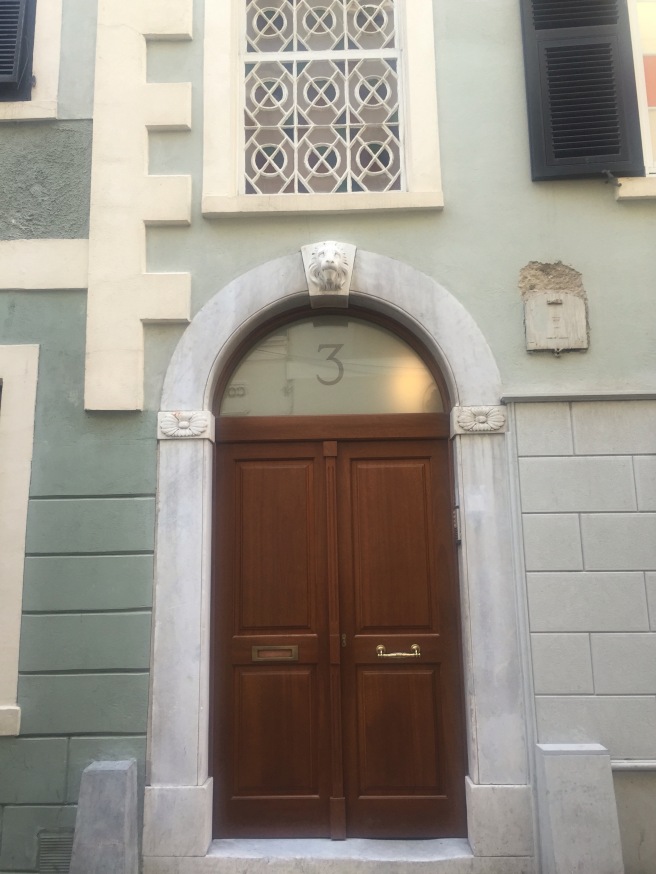 They just don’t make doors like this anymore. Just look at the workmanship that’s gone into this… 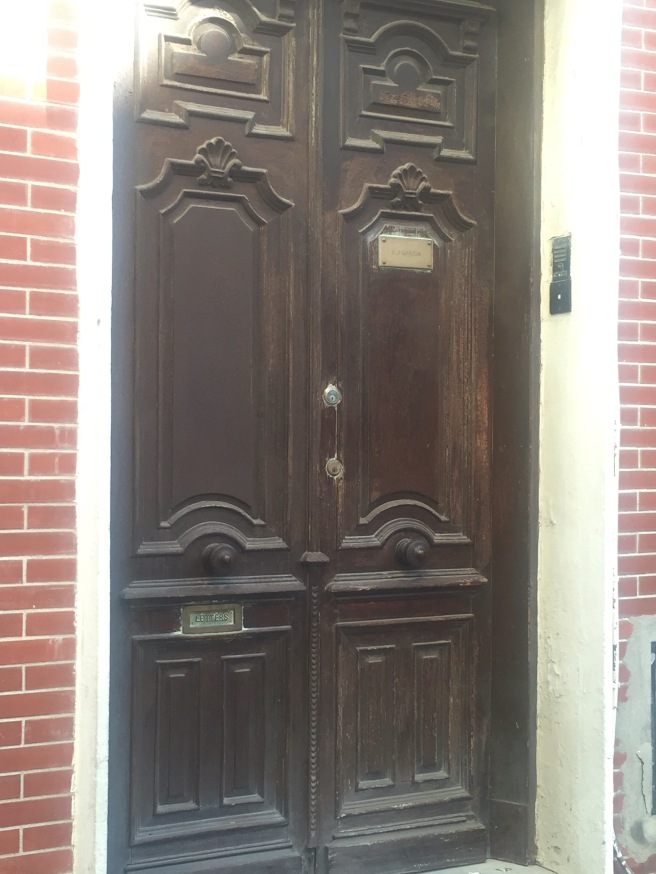 The next photograph (below) is of the rear entrance to the Law Courts. When we first arrived in Gibraltar this building was in a very poor state. When the Court House behind it was extended a few years ago, the old building was demolished leaving just the façade which was restored and incorporated into the new extension. It’s a beautiful example of how the existing architecture can be maintained and preserved for future generations. 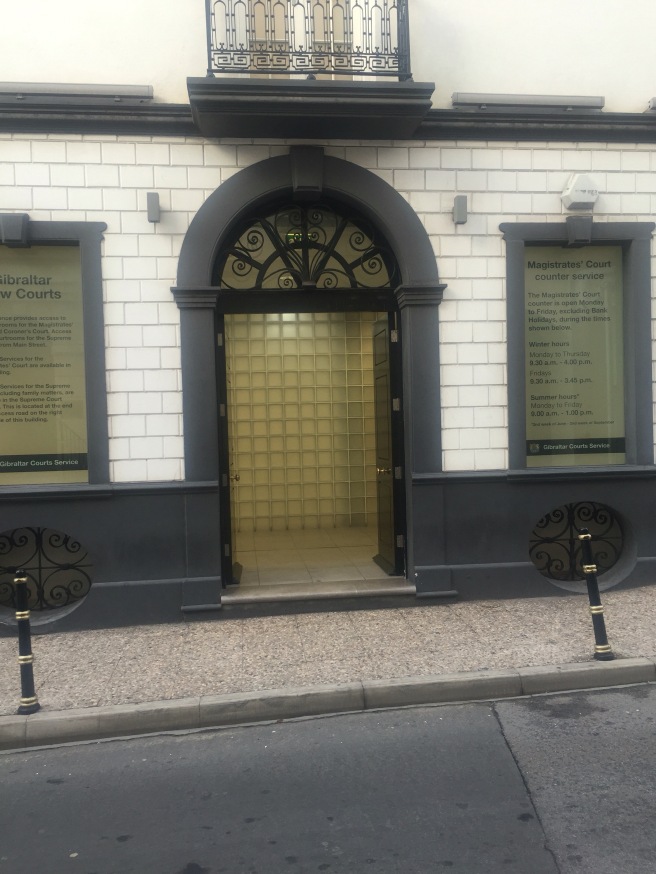 Gibraltar’s churches have rather fine examples of doors too. Here’s the front door of St Andrew’s Church of Scotland: 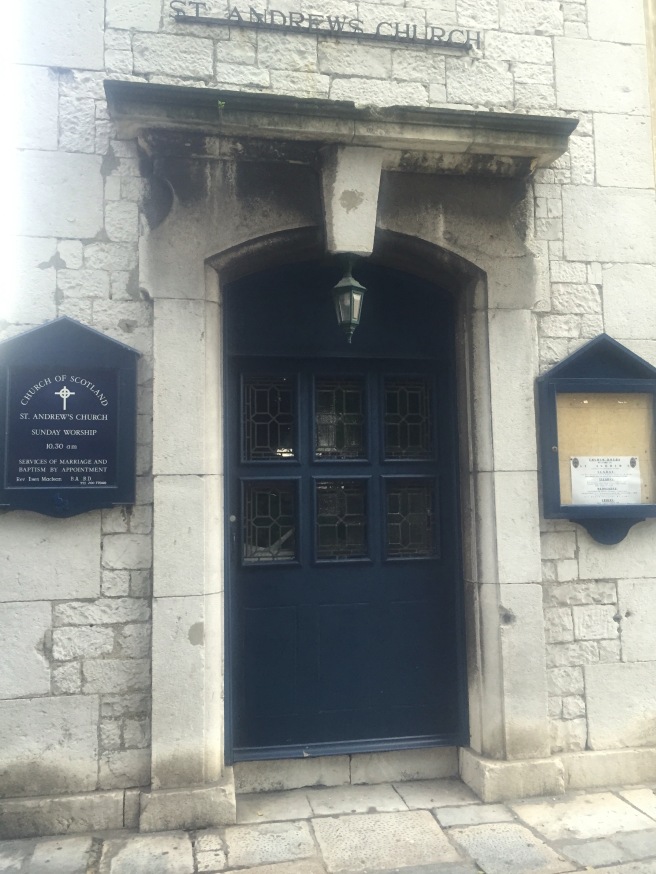 And the very imposing entrance to the Catholic Cathedral of St Mary the Crowned: 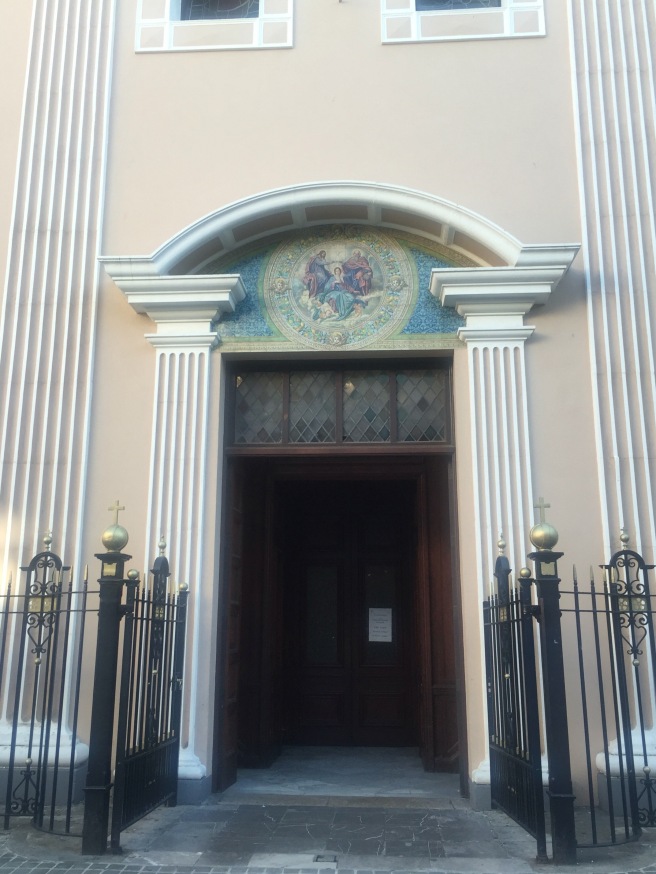 And this is a back door of the Anglican Cathedral of the Holy Trinity. I have walked past this countless times and have been a regular visitor to the cathedral during my time in Gibraltar but I never noticed this was here until I spotted a photograph of it on Instagram on the @zuzamarecka account. Can you see it has a very wide letterbox? 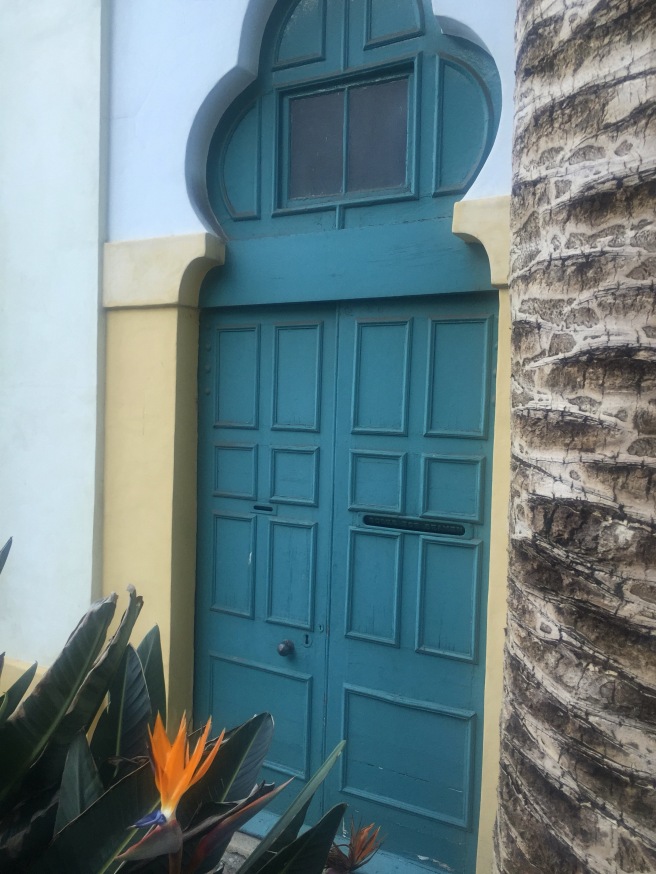 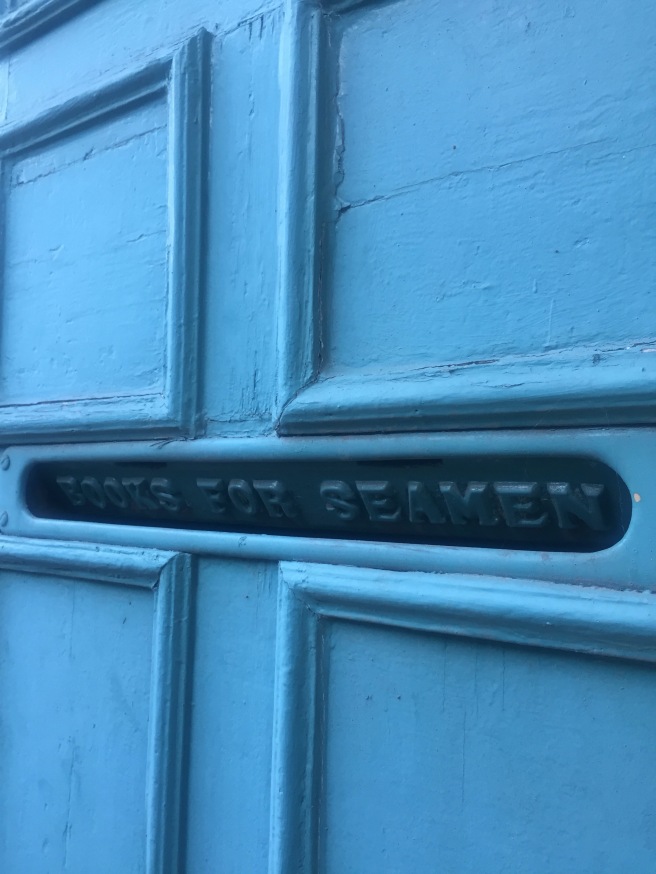 It says ‘books for seamen’. The Cathedral is the base for the Gibraltar Seamans’ Mission to this day and there’s a dedicated Port Chaplain based here who can be called on to offer support and guidance to visitors to Gibraltar’s Territorial Waters. I asked about the letter box for books and it’s no longer used, but if anyone wants to donate books for seamen, they can post them through the Cathedral’s main letterbox (to the right of this door). Please make sure they are labelled for the seamen.

I think that’s enough of the well maintained doors, back to my ‘old’ favourites… 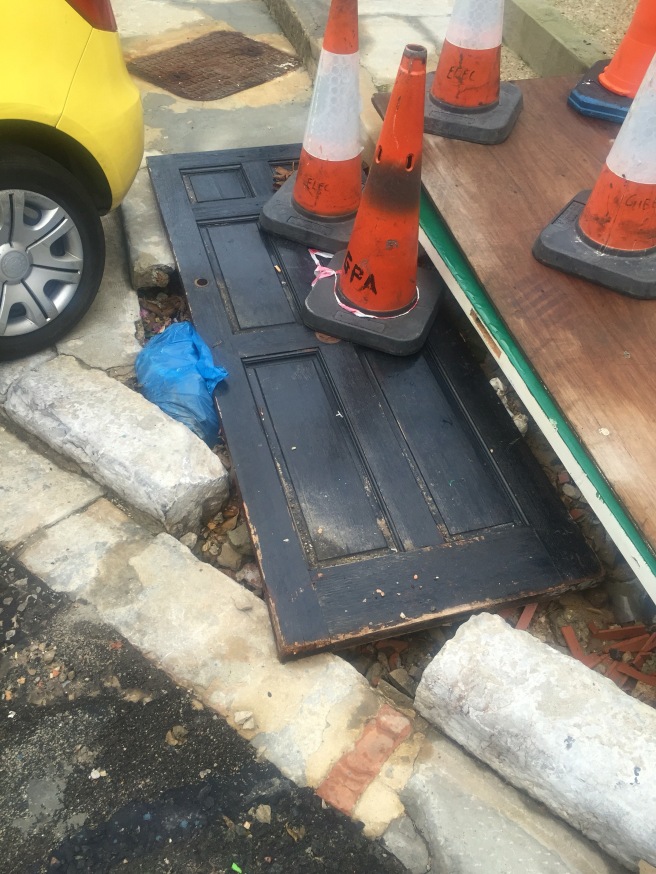 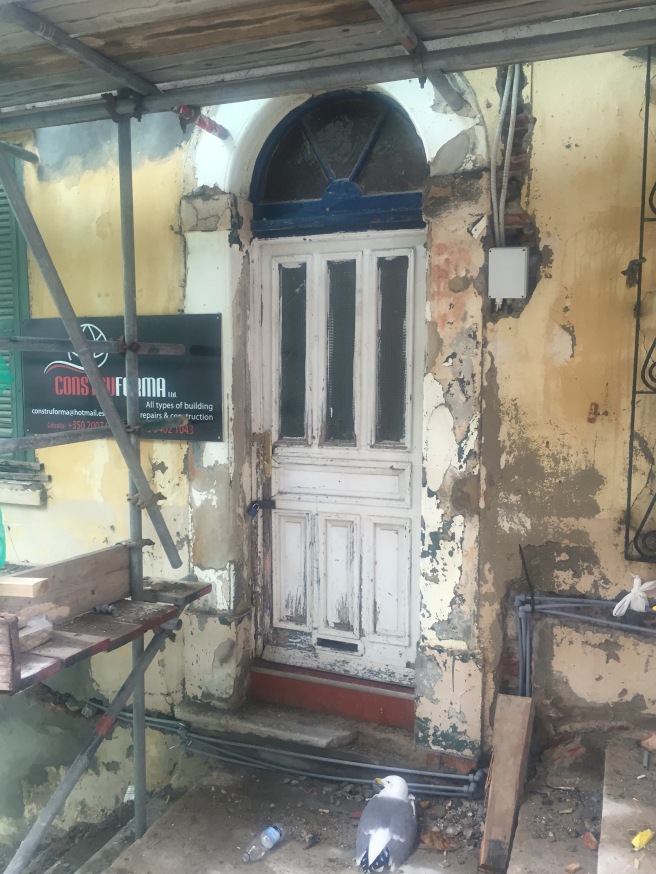 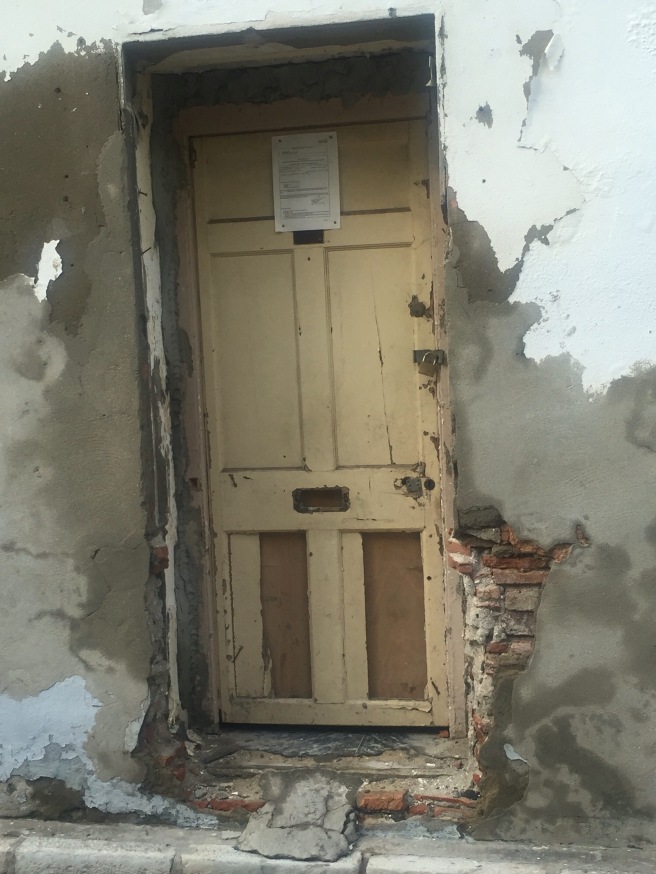 They would make such a great subject for a painting don’t you think? What about this one? 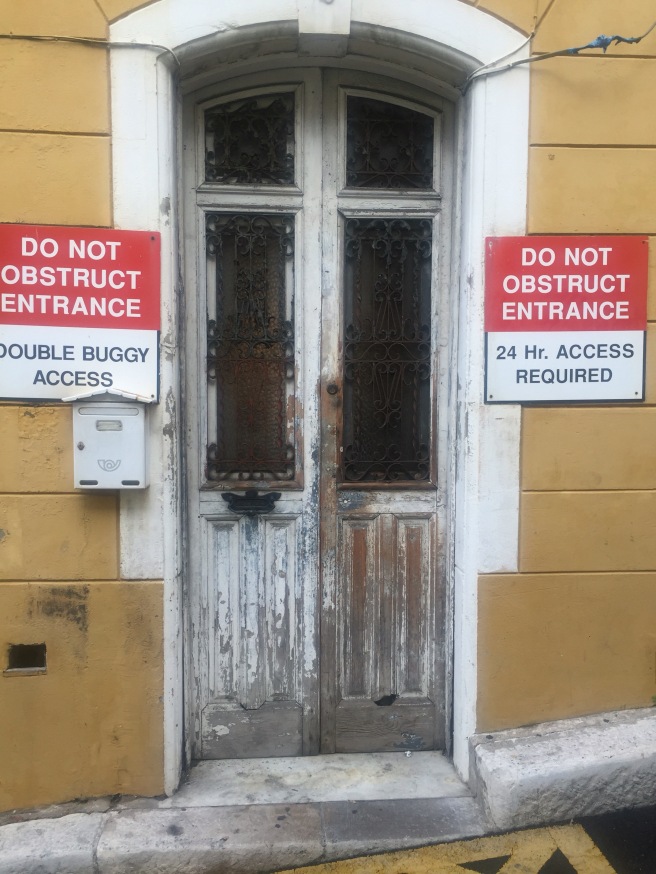 That metalwork and the magnificent letter box are a bit special…. Here’s my interpretation of it from my watercolour class: 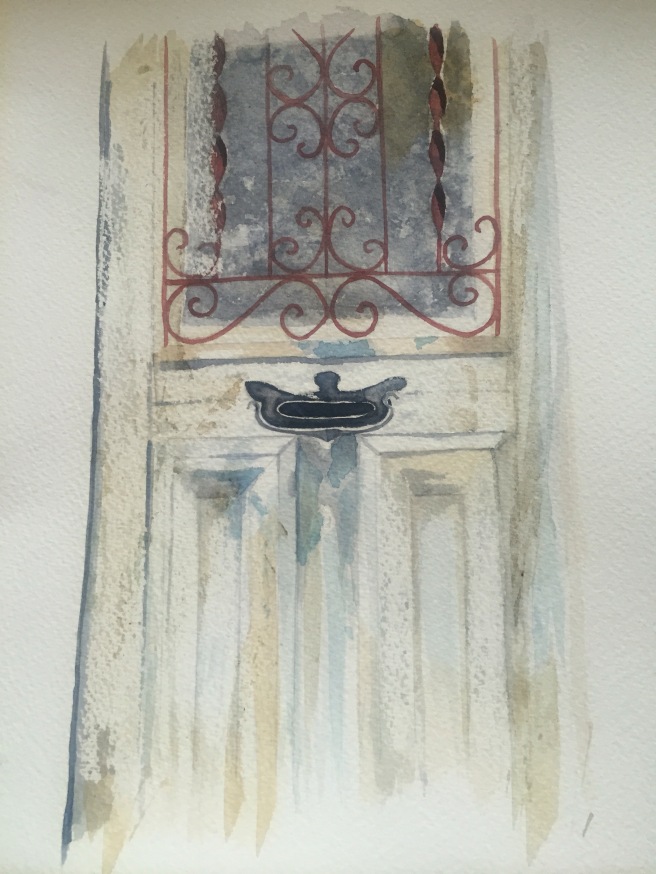 Not an exact representation but it was fun having a go. I used candle wax and cling film to get the paint effect on the door and bubble wrap and natural sponge on the window. It gave me several very happy hours doing that on :-).

Thanks for joining me on my stroll, I do hope you’ll join me on my next one – it promises to be a little bit more energetic next time!

21 thoughts on “A stroll around Gibraltar No 5: Doors”