By jingo, it’s been hot since we arrived back in Gibraltar. Now accustomed to the welcome cool of an English summer, the muggy heat here has been a shock to the system. I do appreciate that while we were in Blighty, Gibraltar residents were experiencing hotter than normal temperatures thanks to a heat wave, but it’s still a bit hot for my liking. The reason for the ‘closeness’ (if there is such a word) is the Levanter. The dictionary definition of ‘Levanter’ is an easterly wind in the Mediterranean. The Levanter in Gibraltar is a large plume of cloud which forms on the top of the Rock, caused by the aforementioned easterly wind. The cloud, as shown in the photo above (taken at Europa Point on Sunday afternoon), acts as a sort of duvet sealing in all the hot, sweaty air beneath. Today, there’s no sign of blue up above, just cloud, and it’s so muggy! 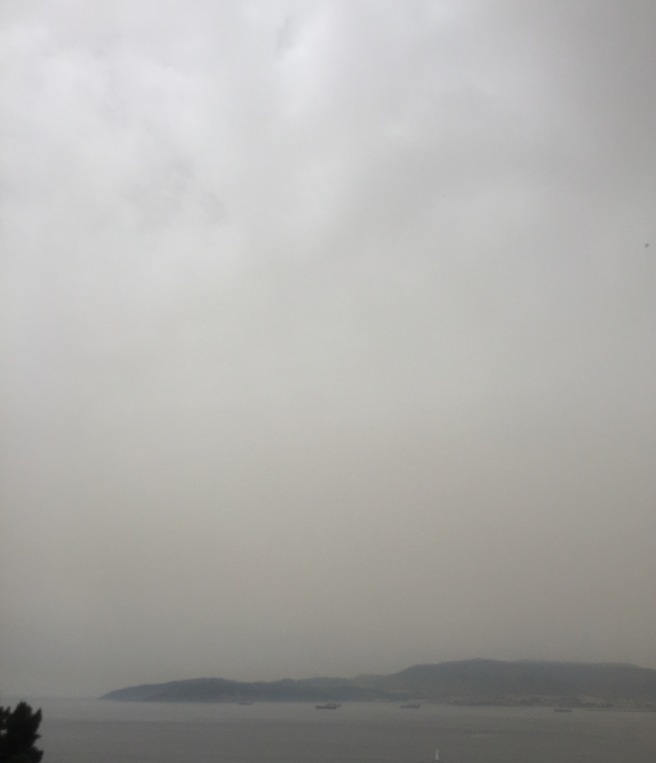 This photo was taken at 2pm on Thursday 6th August not the middle of winter! It may look cold and dismal – it’s not, it’s hot and dismal! Sorry for such an uninspiring picture, perhaps the next one will help lift the spirits!

I took this one last night as the sun was disappearing behind the hills above Algeciras. The hazy quality was caused by Saharan dust which is being blown across the Straits of Gibraltar and along the Costa Del Sol area at the moment.
Aside from weather watching, it’s been great to be back home surrounded by all my crafty bits and bobs. I’ve not had the time or inclination recently to pick up my crochet hook but this great  Flower tutorial from Mollie Makes inspired me.  I’m rather pleased with the results, I think I’ll be making a few more of these.

It felt good to be back in the saddle again! I’ve also revisited a current cross stitch WIP, a birth sampler for (she mutters embarrassingly) my 4 year old. Well, the other two have them and I can’t be seen to be unfair! #betterlatethannever

I’ve challenged myself to finish it by the end of the school holidays … time will tell whether I’m up to the challenge or not.

Yesterday I rolled back the years and tried teaching my eldest two how to make old skool friendship bracelets (with mixed success). One jumped ship after the first demo! 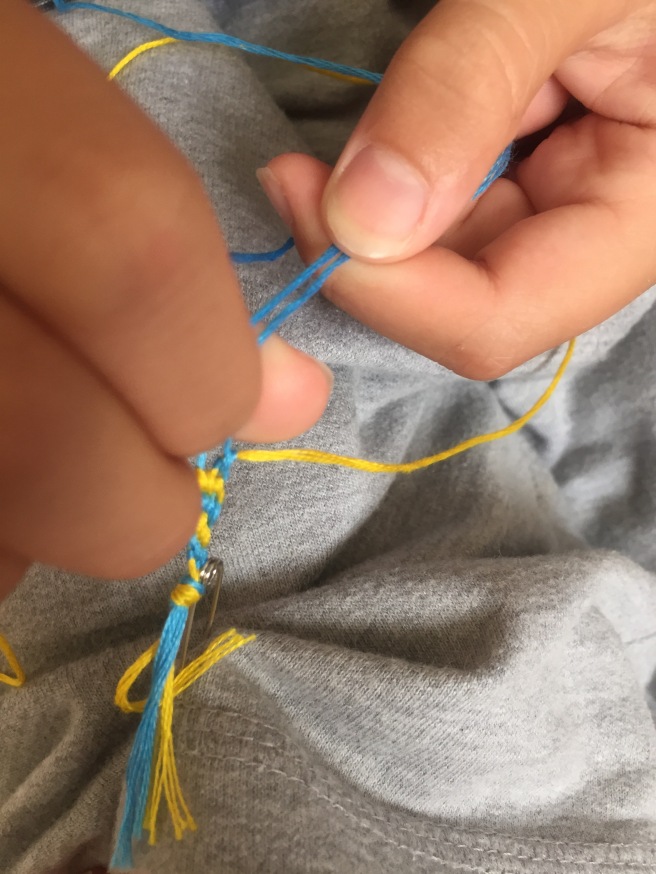 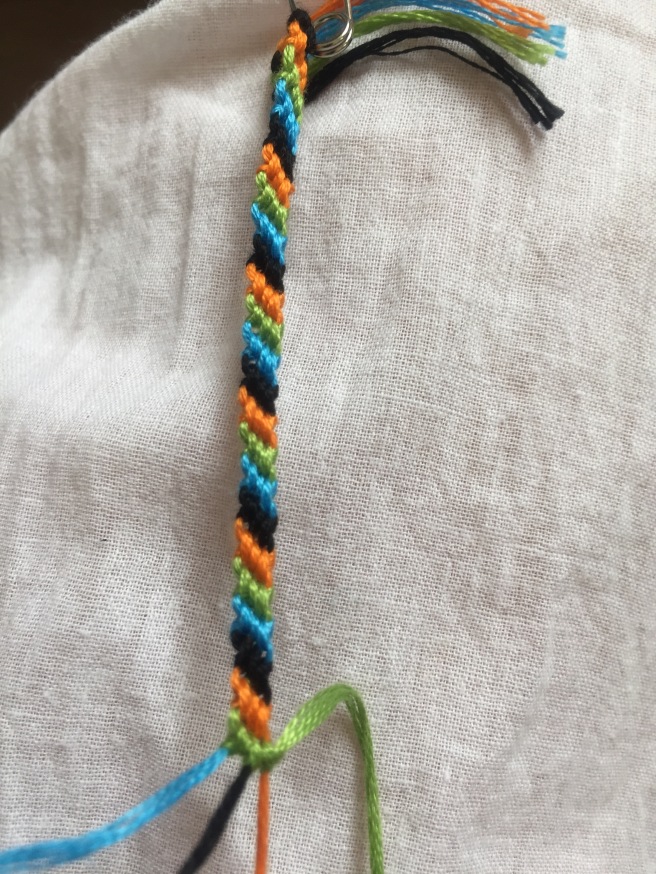 The blue and yellow one was made by my eldest and is rather good for a first attempt don’t you think? 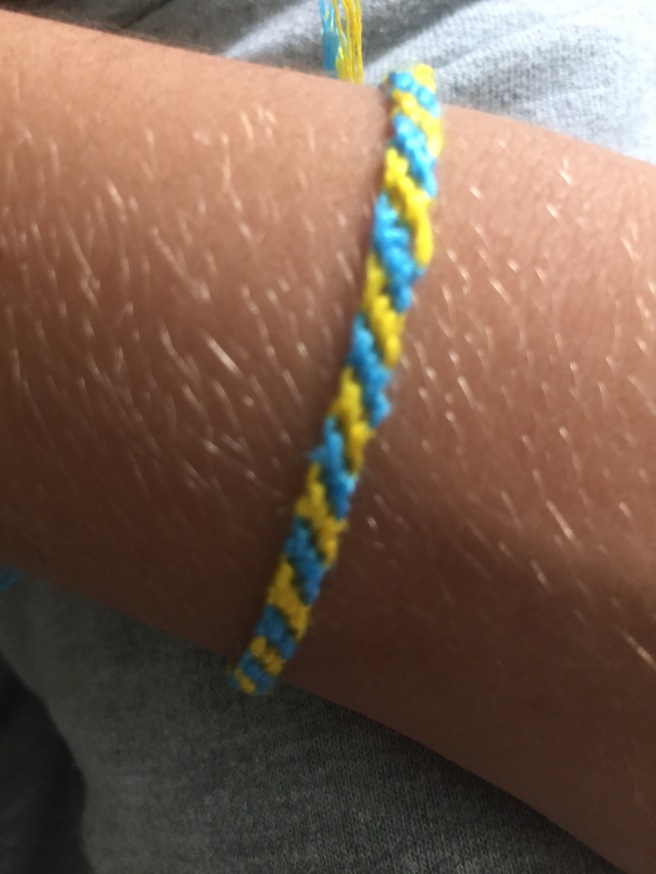 That’s all from me for now, thanks for stopping by. See you soon!